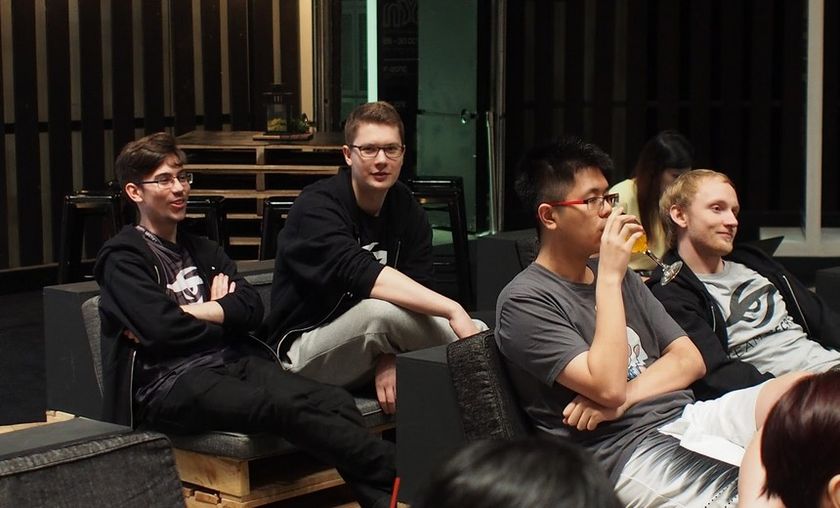 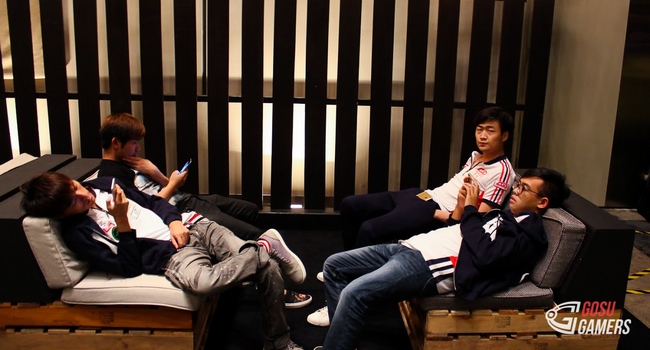 The last game of the day in Group B at Nanyang Championships brought together LGD and Team Secret fighting for a spot in the upper bracket.

An exhilarating first game of the lower bracket/upper bracket decider game of Group B as LGD Gaming and Team Secret finish the drafting stage with pretty standard picks for both teams. LGD securing first pick Ember Spirit to ensure pretty much a counter pick for w33haaa’s Meepo, and to help out with the late game for LGD. While LGD’s line up, consisting of Ember Spirit, Dark Seer, Tusk, Gyro and Bane, allowed for a strong laning phase.

Secret’s line up of Undying, Slardar, Lina, Disruptor, and Clinkz, gave some early game control with the undying and Slardar, but not sufficient to last the entire early-mid game. That being said it was clear to see by the 10 minute mark, MMY’s tusk was a devastatingly scary roamer for Team Secret, as he single-handedly secured the win in both mid and safe lanes. By that point Secret were starting to struggle with making a comeback, as w33haaa in mid lane was getting pretty much zoned out. His failed light strike arrays didn’t help him much either during the early to mid-phase of the game. Eternal-Envy with an early Medallion of Courage decided to get a 10 min rosh which was uncontested allowing some help for the side of Secret to live through the early game.

After a rather bad laning stage for Team Secret, the game started creeping in slowly to its mid game where the match got pretty intense. Having fairly early Drums on both Ember Spirit and the Gyrocopter, LGD decided it’s time to start some fights, which sparked off this never ending trade of team fights with some being won by Secret which definitely brought them back into the game, but still mostly going in favour of LGD, making the experience and gold charts go haywire and leaving both viewers and casters baffled as to which team is going to come out on top.

However Sylar went for a BKB which completely turned around the proceeded initiation by Secret. The BKB allowed Sylar to simply walk straight into the fight and completely demolished Secret with a full five man Call Down. From there onwards LGD had complete control of the game. The item progression was also favouring LGD, having he Battle Fury and eventually the Divine Rapier coming out for Ember Spirit, LGD finally forced the GG call from Team Secret.

Looking not to make the same mistake, game two started off with Team Secret banning the Tuskar in the first phase, hoping to have a better early game than that of the last match. LGD stuck to their guns, picking the Ember Spirit once more for Maybe, but as the Doom Bringer was let through without being banned in the first phase Secret were quick to respond with a lock on one of the strongest heroes of 6.85.

However LGD surprise picking a long unseen Lone Druid for Sylar to try and farm equally to the EE Doom, meant that LGD were not ready to give up that easily. Putting up a strong fight in the early game, both teams had a roughly equal early game, but the Bounty pick for Team Secret gave them the upper hand in terms of gold advantage. This time around w33haaa did extremely well mid lane even though he was up against Sylar’s Lone Druid, but it was aided by pieliedie’s Bounty harassing and ensuring the win in mid lane.

The match played out with some impressive plays from both LGD and Team Secret, giving the viewers an extremely entertaining match to watch, especially with a three man Ice Blast snipe coming in from ddc at the 13 minute mark.

But it was clear that Secret had learned from the last game that they need to control the Ember Spirit, and w33haaa allowed that to happen by constantly using Requiem of Souls on Maybe, taking him out of most of the teamfights. LGD tried to sustain the game a tiny bit longer by taking Aegis but a slight miscalculation in the Shadow Fiend’s right click damage led to the loss of immortality shortly after.

Secret had accomplished to control LGD in game two thus allowing them to dominate the game and secured a place in the upper bracket of the Nanyang Championships.