Johnny 'Johnny' Lee, last seen playing under Chinese team Rattlesnake, will be joining Arrow Gaming. Arrow's ex-captain, Chin 'bad_slowgame' Hong Mun, will be demoted to the team's substitute player as he is hounded by work commitment. 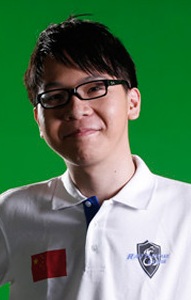 This move is an obvious action to stabilize the team's roster and make sure that they will be unfazed despite the upcoming commitment issues by their previous captain. Stability, as shown on last year's Internaional invites and qualifiers, is a requirement for the teams wishing to join the prestigious tournament.

Johnny is a Malaysian citizen, and he should have little trouble in blending in with the team. He is very open on his goals as being a part of an invited team for this year's International, and he also said that he will stay on the team's training house as well.

Bad_slowgame have been a good captain for Arrow Gaming since the beginning of Lowyat.net. However, due to work commitment, his time with the team is limited. Due to this the team decided to recruit Johnny to the team as the Drafter and main offlane players and Bad_slowgame as our 6th players. We hope with this changes the team can go improve further for future tournament.

Arrow has poised themsleves as one of the best Southeast Asian teams. Since the team started playing under this organization, they have compiled an impressive 12-2-2 record on official games. They also were very close to winning their first title, but they fell to Orange on the grand finals of the AOC Pro Cup despite having the upper bracket advantage.

The team is currently playing in multiple online tournaments such as the joinDOTA League and AsianCyberGames Best-of-the-best SEA Invitational.