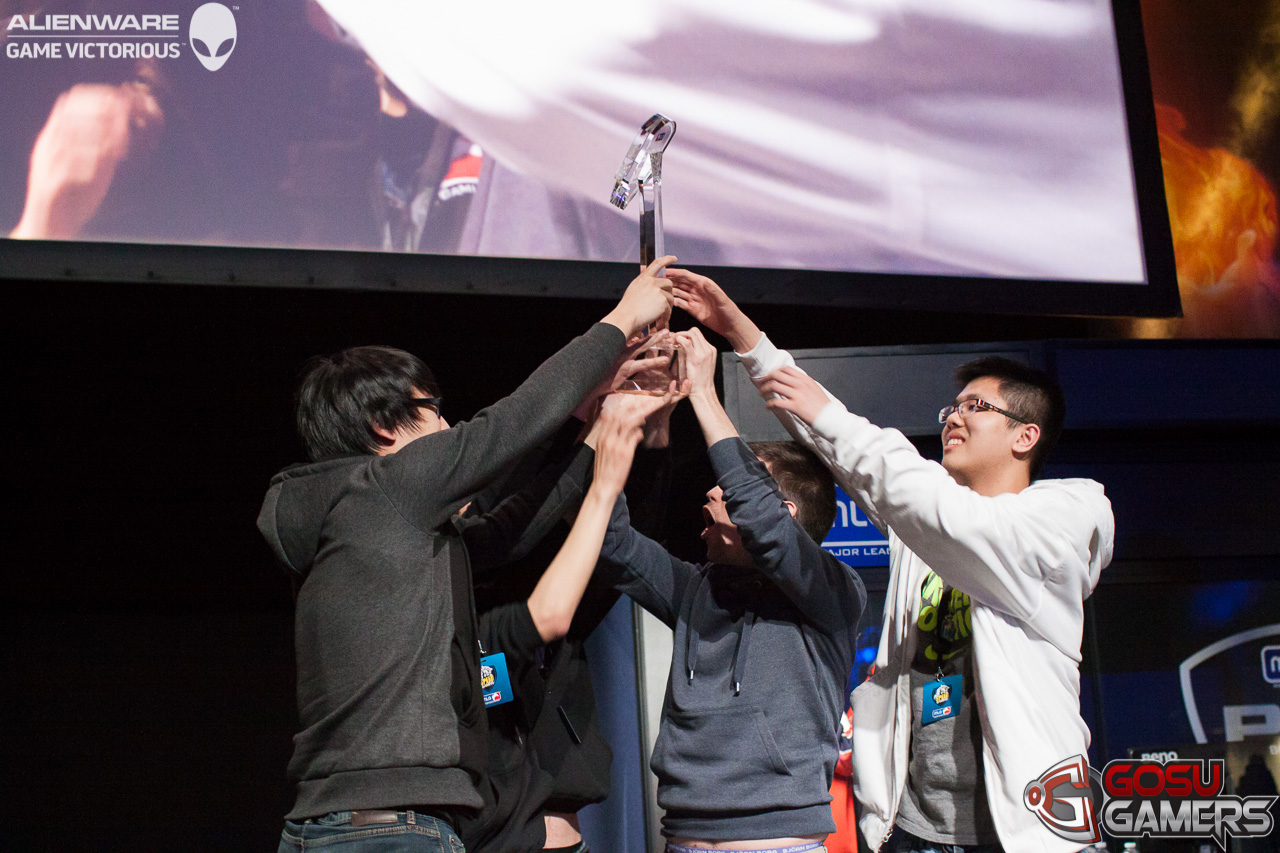 Fernandez also went on to disprove Weir's claim that he paid the players on time. In the screenshot Fernandez linked, it was rather unclear if it was Weir depositing or Fernandez receiving the money on October 24. We approached Fernandez for a clarification and he showed us another screenshot which once again did not prove if the transaction on the 24th is a deposited, a pending or a received.

When prompted for more, Fernandez called our writer Eric 'ReiNNNN' Khor on Skype and showed him all the evidence (including sensitive bank statements) needed to prove his innocence. Khor went through the video conference several times before concluding that it is true. Weir sent the money on the 24th of October instead of the 18th, which Fernandez claimed, the date the money should be making its way out to the players. GosuGamers will not post the evidence in this article due to privacy concern.

Fernandez finished the crucial part of his statement by stating the five players of Speed Gaming (EternalEnvy, bone7, SingSing, pieliedie, aui_2000) are now free to choose whether they will stay with Speed Gaming or leave and go under Weir. "The team is strong and they will surely achieve greater success wherever they go but this project even though damaged will continue, we even had a big deal with http://wing.tv/ in December for 1 year, where they were going to film the team and follow them during their boot camp in China and in US as in a eSports Documentary but since this things happen everything is in hold," Fernandez wrote on what it could have been.

However, that evidence itself is not enough to keep the players from leaving. Jacky 'EternalEnvy' Mao suggested earlier today on Twitter that the team is no longer a part of Speed Gaming. Mao also told us the salary withhold issue is only 1% of why they want out and expose everything on his blog soon. Fernandez on the other hand added, Speed Gaming will move on from this and sign some Starcraft 2 players and League of Legends team next month if everything goes well with their new investors.

Please unfollow @speedgamingtv and the facebook as well :D

This is a quick reply to what RattleSnake replied on their weibo, where you can find some translation in the ggnet post here.

First of all Weir couldn't answer any of the key points regarding my statements concerning contracts, salaries, location of the gaming house etc. Instead he tried to avoid the truth by adding things that don’t even make sense, like saying I was the "international manager" and I was “fired” when in Fact I am the CEO (more info here) of this project not the manager. I remarked about this very clearly and multiple times; there was a person we hired as a manager on top of this, here is even an email I sent to the players and I added 2 of the 4 investors explaining clearly that no one was my boss. So I really got no idea from where this “we fire him” comes from, he seems to believe he owns the project and he is wrong, our other CN investor who already knows Weir's history will deal any legal actions in China if needed (we still hope to avoid more drama).

Then he pointed me as the one delaying their salaries??? I am adding a picture that Weir took himself, the date he did the transfer of his part of the salaries of the contract of his investment, where it shows clearly what I said in my previous statement was true. Anyway, we don’t want to make this longer or with any more drama, but we have been clear with the 2 investors and already agreed in our last meeting this morning and we got the luck to be accepted again by big Chinese and American investors, who will be working with us in order to keep this project going. We will have a meeting next week in Beijing and more information will be updated soon same as announcing our new LoL Squad same as the first SC2 players joining the organization from next month. As for Weir and Paul (2 investors who came from RattleSnake) we already offered them their investment back, as for the players form our Dota2 Squad they are free to either stay with us or move with another organization

The team is strong and they will surely achieve greater success wherever they go but this project even though damaged will continue, we even had a big deal with http://wing.tv/ in December for 1 year, where they were going to film the team and follow them during their boot camp in China and in US as in a eSports Documentary but since this things happen everything is in hold.

The other investors same as the current sponsors will stick with the project. Weir in the other hand can try to find other projects to take advantage, because we won’t accept that here.

I forgot to mention that part of the drama came when we told him about the visas status; as having foreigners in China getting payments are required to get Z visa (working visa) as the new regulations just became stronger. If any organization/institution/company etc. is found operating business with foreigners without having the right documentation visas and papers, everyone involved will be instantly punished, more info can be found here:

We didn't want to do anything illegal or do things behind the table and we still warn everyone to be careful in working with RattleSnake. Their last manager can confirm everything as well with this said we will update our status in around 2 weeks’ time after our meeting in Beijing.

To our fans and those who have supported our organization up to this point, we want to acknowledge you and say how grateful we are for everything you do. Our intention is to provide the best experience for everyone. Many of our fans were frustrated due to the fact that the, "Truth about Rattlesnake Gaming", article was released just before the grand finals. Rest assured that the team was informed of what was happening earlier and this was not a surprise to them. My apologies for not editing the article better. Once again, thank you to all fans, let's continue creating an amazing future.

NOTE:
EE just made a post and I spoke with G League to confirm if it was true and this is our conversation: G League

Last but not least, Fernandez also posted a screenshot of himself talking to Gamefy admin Si 'Sakray' Li, stating he did not attempt to stop the players from going to G-League like Mao claimed on Twitter and Reddit. We talked to Li about the screenshot and he told us his "I am not sure about it" quote he typed in the chatlog does not mean he agrees with Fernandez - as Fernandez suggested - but merely that Li does not know about. "I don't care about the issue, I am just booking their tickets," Li clarified.

Speed Gaming apologized for the timing of their previous post.