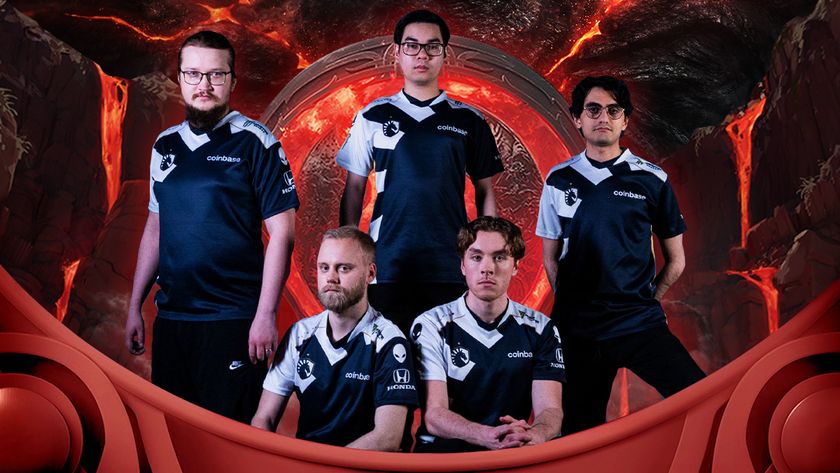 During the break between The International 2022 (TI11) playoffs and the Finals Weekend, Team Liquid players sat down with the press in an online meeting to discuss their overall performance, the road to TI11, share a few thoughts on certain heroes and items, and give an insight on how the whole coaching staff functions.

With TI11 being the last tournament for Lasse "MATUMBAMAN" Urpalainen, the conversation started with that. Many were curious if winning this TI would change  Matu’s mind regarding his retirement, but as he seems pretty decided, the next question was what would he do first after stepping down from his professional career.

MATUMBAMAN: “The first thing I'm going to do is probably lay in bed for a couple of days, just chilling, not doing anything.”

TI11 also represents the last chance for Matu to claim the Aegis for the second time and given the fact that Team Liquid is now in the top 4, he has a big shot at actually becoming a two-time winner. Asked if he feels extra pressure because he knows this is his “last dance”, Matu said the following:

Am I scared of losing since it's the last one and what if that would define my whole career?

So, no, it doesn't affect me that this is my last TI - MATUMBAMAN 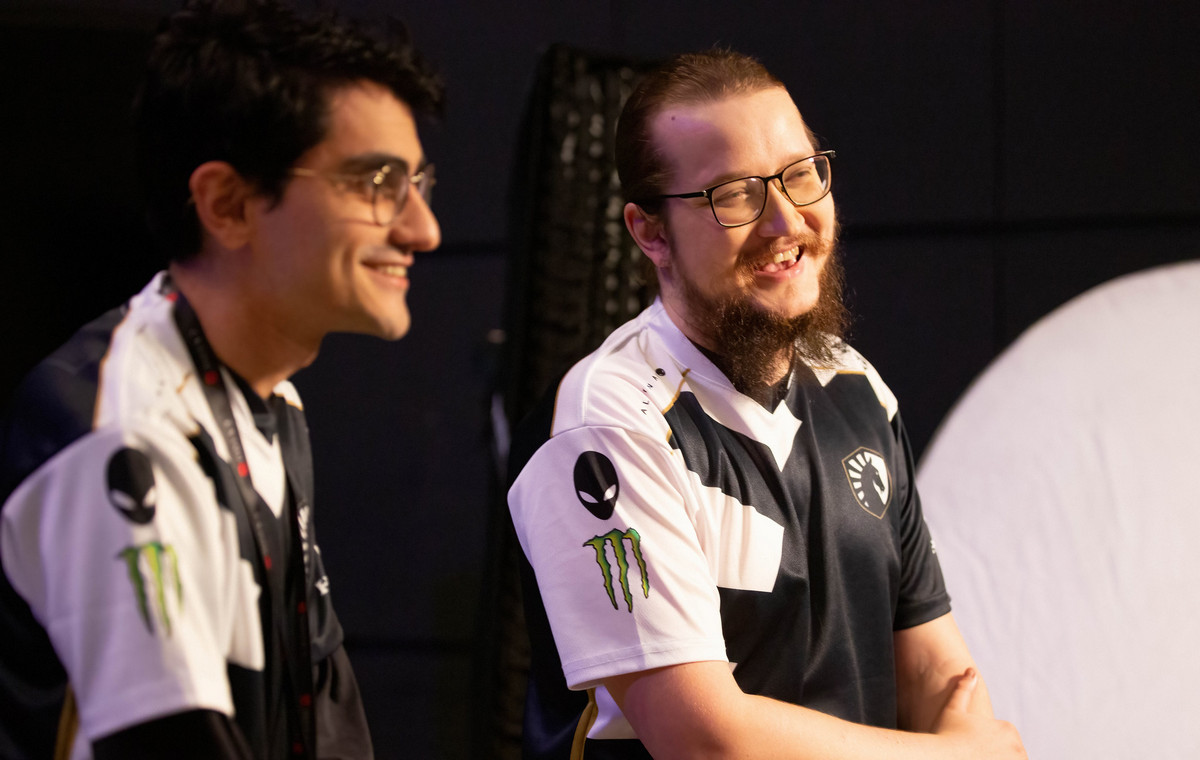 Despite struggling through most of the DPC season, Team Liquid showed up in a big way on the TI11 stage and delivered some of the most intense games so far in the tournament. Through all the madness, Boxi has been one of the constants in their play formula and more than a few times he made the difference for Team Liquid in Singapore. Asked if he feels like he is delivering the best performance of his entire career, now at TI 11 Boxi replied:

Boxi: “I don't know, to be honest, right now I can't remember any other tournament that I played. But yeah, I think I played pretty good here, some games for sure I played really good. On average, I would say I had some of the best games here."

Southeast Asia fans have asked for The International to visit their region for years. With the 2022 edition, it finally happened and although the larger portion of the event was held in a smaller venue, the SEA fans passion and loud chants impressed Team Liquid. Asked about how did they feel playing in the Suntec Arena, Aydin "iNSaNiA" Sarkohi said:

iNSaNiA: "It's always very fun. The SEA crowds are always going crazy and I think I heard more "Let's Go Liquid" chants during this event than any of the others, so yeah, it's very enjoyable to play in front of the SEA crowd." 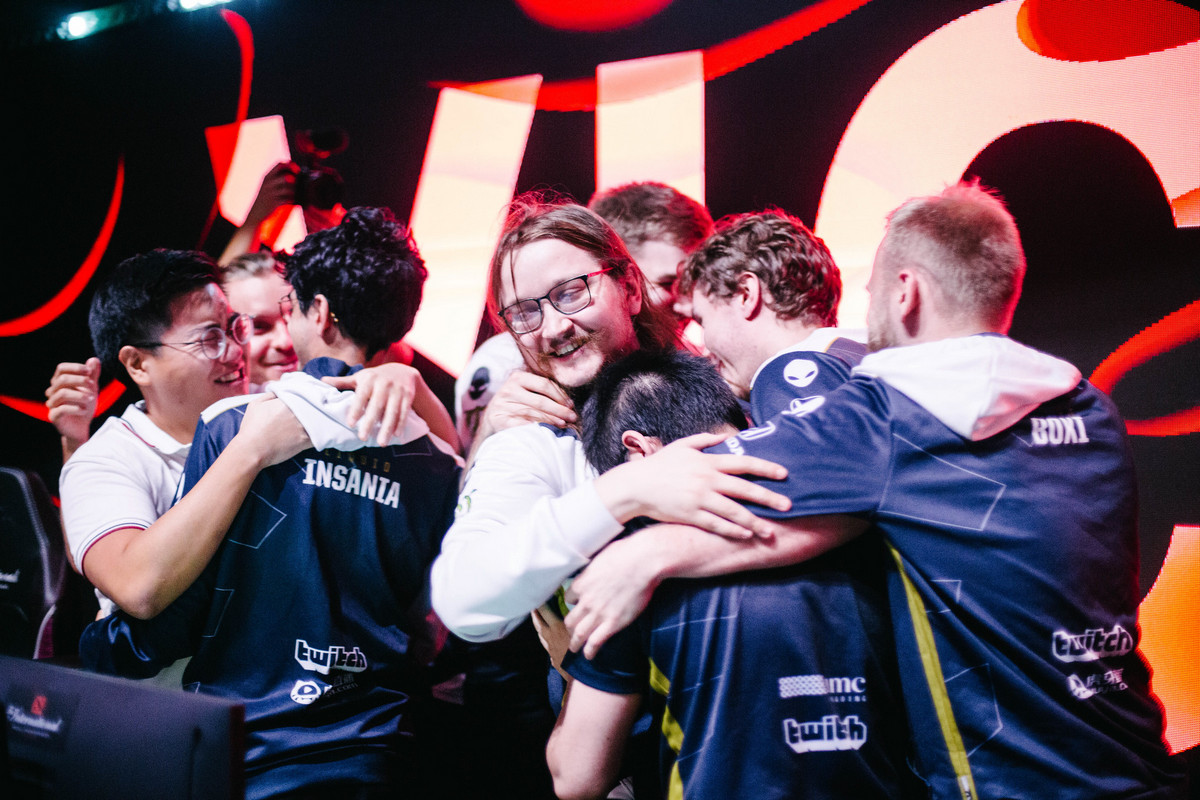 There are many firsts that have been attempted with this year’s TI edition. One of them was the Last Chance Qualifier, and just like Team Secret, the other LCQ winner who is now in the top 4, Team Liquid also strongly believe that the long schedule, and the extra games that they’ve had to go through helped to get where they are now.

iNSaNiA: “I think, probably going through the LCQ it really allowed us to test a lot of our ideas. We got to see what works and what doesn't. Some of the stuff we thought it will be good ended up not being it and some of the stuff ended up being really good. We probably wouldn't be here if it wasn't for the LCQ.”

Team Liquid is one of the few competitors at TI who work with an extensive coaching staff. They have three coaches with them in Singapore, each with their own role in team’s preparation. iNSaNiA gave a full picture of William "Blitz" Lee, Mathis "Jabbz" Friesel and Jesse "JerAx" Vainikka are doing for the team.

iNSaNiA: "We have three coaches and usually, it works like this: Blitz is focused on the drafting part. JerAx is focused on the gameplay style, while Jabz kind of does the groundwork that allows them to present us with the whole information in an understandable way.

For instance, what matters to Blitz are the enemy drafts, studying them from that point of view, if they pick certain heroes etc. Jabz is looking at the enemy teams from other angles, warding, smokes, rotations, how they utilize the map, and stuff like this."

While the conversation went a little bit more in-depth regarding team Liquid’s preparation for each of their adversaries, we asked Matu, who has been assisting Blitz with the drafts during the LCQ and at TI11, what they value more: the opponent teams’ weaknesses and their own personal strengths or the other way around?

MATUMBAMAN: "It's a little bit of both. You look at what you can do and what they can do. You kind of value their biggest strengths, their best strategies, and then you start thinking what of your heroes work very well against them generally, you kind of build from that. You run a couple of scenarios starting with that and the draft builds from there. And of course, hopefully, your assessment of them was correct."

Asked about what seems broken or not entirely right in Dota 2 right now and should be nerfed or changed after TI11, Ludwig "zai" Wåhlberg pointed out only two things:

Zai: “Wraith Pact should be a bit adjusted and Bloodstone. Bloodstone is bought by only one hero in Dota right now and it makes that hero one of the best in the game, so there is obviously something wrong with the item. Apart from that, I feel like the patch is pretty solid.”

Toward the end of the meeting, Team Liquid members have also shared what other games they like to play to wind down, and take their mind away from Dota 2 during the breaks.

"We had a lot of winding down when we were losing tournaments and we got into Survival Chaos, it's a Warcraft 3 game,” said Zai.

But, besides Survival Chaos, MATUMBAMAN and iNSaNiA like to spend time in Dota Auto Chess, miCKe enjoys playing Lost Arc, while Boxi said he basically plays “whatever is the flavor of the month” and more recently he enjoyed Ability Arena, the custom game mode in Dota 2 developed by Shannon "SUNSfan" Scotten.

Team Liquid along with the other three teams that made it to the TI11 Finals Weekend, Tundra Esports, Team Secret, and Team Aster will return to action after a five-day break. The finals will be held at the Singapore Indoor Stadium this coming weekend, October 29-30, and will start with the lower bracket semifinals, Team Aster

Will Team Liquid claim the Aegis of Champions at TI11?