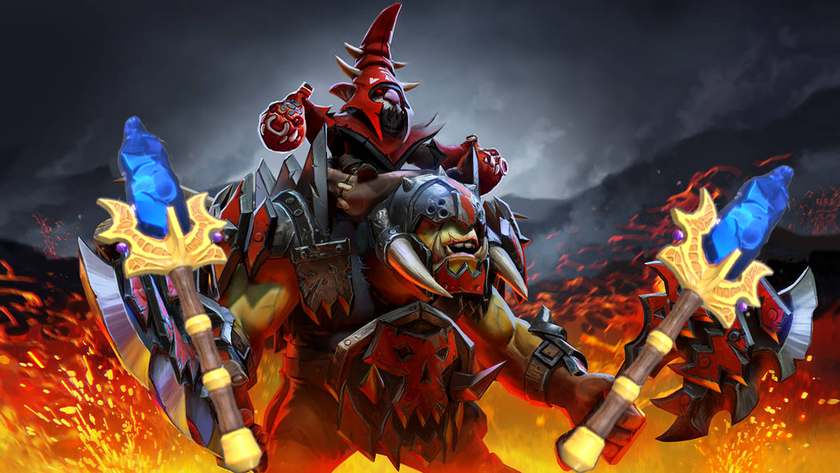 Of all the new strats that have taken life with the evolution of the 7.28 meta, the offlane Aghs gifting Alchemist is one of the most interesting ones to look out for at the Singapore Major.

There are certain heroes in Dota 2, that when picked, change the way the game is played completely. One of the heroes that makes the small list is the Alchemist – right when you see the hero picked in a professional game, you know the entire game is going to revolve around the Alchemist. The opposition will try to ruin Alch’s early game while the team picking the hero will do everything to ensure the hero has the best of starts to start exploiting his dirty gold tricks. The hero, which is by default the position 1 of the team, has been played in the mid lane and the safe lane in the last few years.

But since the advent of Dota 2 patch 7.28, Alch has found a new, unlikely home in the offlane. The initial thought that comes to mind is it’s the same old gimmick in a different lane. But that’s not it at all!

This position 3 Alch makes the game about the other cores in the game by gifting them Aghanim’s Scepters early on in the game and giving them massive power spikes which otherwise would not be the case. You’re probably thinking, ‘Alchemist has had the ability to gift Aghanim’s Scepters for a long time. What changed now?’ It was one change in patch 7.28 that sparked the idea of the new position 3 Alch.

When the Scepter gifting ability was introduced, the Scepter gave stats as well. But in Dota 2 patch 7.22, when every hero was given a Scepter and the Aghanim’s Scepter Blessing was introduced, Alch’s gifter Scepter, like the Blessing, was made devoid of the stats of the item. Six patches down the line, the change was reversed and it struck the idea chord of a few players in high level NA and EU pubs. Soon, the idea found itself being tried out in the EU DPC League. The more surprising part, was that it was successful.

One of the first successes of the strategy came in the game between Alliance and Team Liquid. Alliance picked a position 3 Alchemist for Gustav “s4” Magnusson. The Alch farmed an Aghanim’s Scepter in 15 minutes and gave it to his Phantom Assassin, which suddenly shot her up from the third highest net worth to the first. The PA took over the game and Alliance went on to steam roll Team Liquid in just over half an hour. Not only did the PA get the added benefits to Blur from the Scepter, but she also got:

The additional damage and especially the +375 HP and +295 mana propel the benefitting hero to a new level, which few heroes can get to that early in the game. 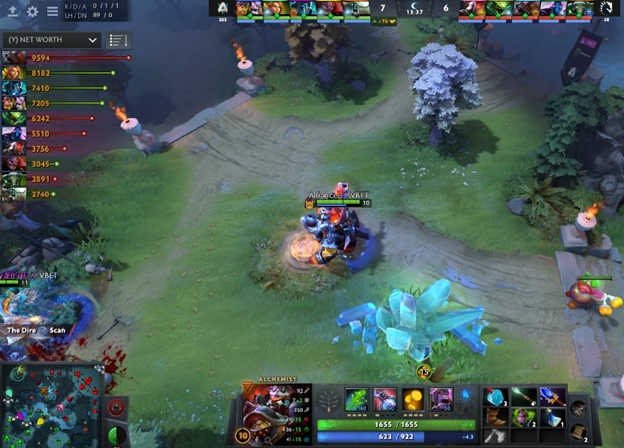 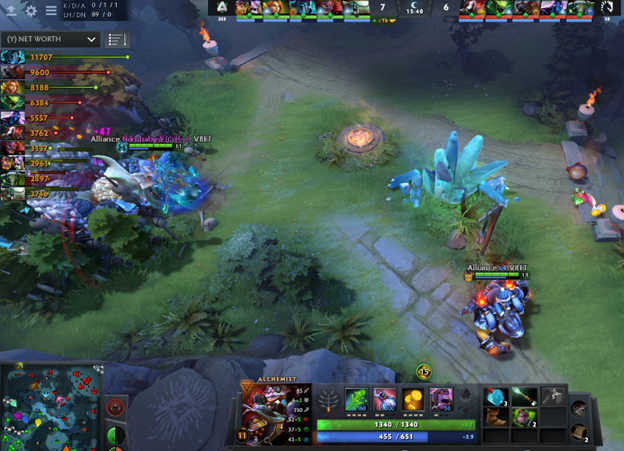 Team Secret lost just one game in their entire DPC League journey, and that was in their last series against OG, who got the offlane Alchemist for Sebastian “Ceb” Debs. Ceb had an amazing start to the game, which resulted in him getting two Aghanim’s Scepters by the 17 minute mark, the first one for Yein “MidOne” Bai Zheng’s Gyrocopter and the second one for Topias “Topson” Taavitsainen’s Riki, who were miles ahead of their counterparts on Team Secret thanks to the gift they received.

A big reason this strat can be lethal is that currently, there are quite a few position 1 or position 2 heroes which have Aghanim’s Scepter upgrades which can have significant effects on the game. Some of the heroes that come to mind are:

A lot of these heroes opt to go for a Scepter themselves if there is no Aghs gifting Alchemist present, because their Scepter upgrades are that good. All of them can put the gifted Scepter to good use, and it doesn’t just serve as an upgrade to stats. If the game goes late, there is also the added advantage of having the extra slot, as an item slot is not consumed. Alch himself can go on to build team fight items after the major Scepters are doled out, which includes his new Aghanim’s Shard, which provides him with a basic dispel to get allies out of murky situations.

The ONE Singapore Major is here and there is a good chance the position 3 Alchemist will be on display there. The strat offers a way to make use of Alchemist’s gold earning abilities without putting all eggs in one basket. It also brings in versatility into the draft, and has the potential to confuse opponents on what a team might be planning on doing. It caught teams by surprise towards the end of the DPC Leagues, but it will be interesting to see how teams at the Singapore Major might have prepared for it.

Is Alchemist's Scepter gifting ability along with the full stat bonuses overpowered?