BLAST will be making their foray into Dota 2 with BLAST Bounty Hunt as they up the ante on how online events are experienced.

In 2017 when BLAST ran its first event in Denmark, they had no idea just how successful CS:GO BLAST Pro Series would end up. The Copenhagen company had formerly run the strategic and commercial operations for Astralis. But soon through its and their success, it would be clear that running events would end up becoming their expertise and core focus.

On June 9th BLAST will enter as a main challenger on the Dota 2 landscape of online events.

To prepare for the upcoming big event and get everyone up to speed on BLAST Bounty Hunt, GosuGamers spoke with Nicolas Estrup - BLAST’s Director of Product and Experience. 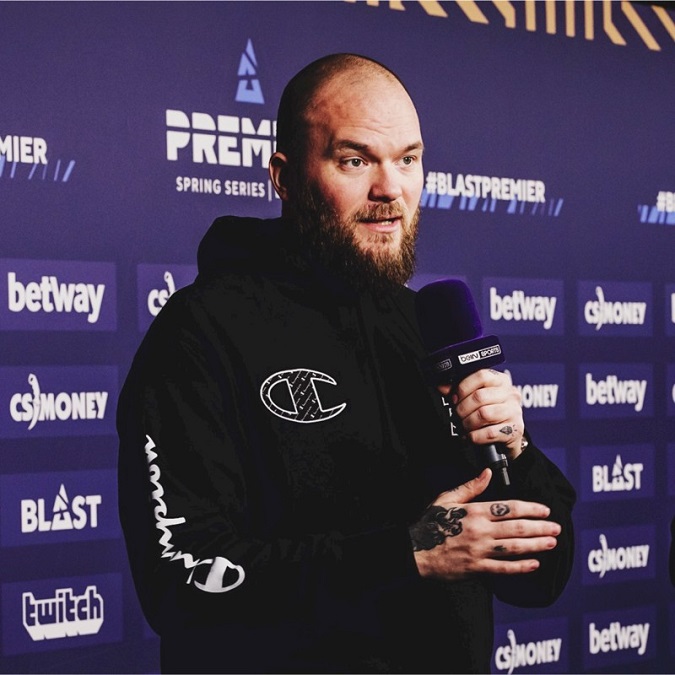 "We had been thinking of going into Dota 2 for some time. With the current situation (Valve announcing new regional league format for next season, LANs being canceled and most events moving to online platforms for now)we thought it was a good time to do a test run and see what the potential would be for us and Dota 2 in engaging with both core and new fans, without needing to commit to anything long term such as a season league."

Traditionally when one has success, they take the experience gained and leverage or transition it into a similar area. But it would be akin to comparing apples to oranges to say BLAST Pro or Premier Series has anything in common with BLAST Bounty Hunt.

"We couldn't transfer the format from one game to another and expect success. We wanted to shake things up a bit but also make the fans happy as well."

BLAST Bounty Hunt is a far cry from a traditional format. It boasts a dynamic prize pool and additional bounties for teams to hunt down and collect. For many, it sounds making to Midas Mood run by Moonduck Studios first introduced in 2017 and then revisited in 2019.

"Midas Mode was hilarious, outrageous in a positive way, and it was amazing what they achieved. We were very inspired by it and helped tie all together with what they had already had in mind. All of a sudden everything we wanted to try was in sync and we could push the boundaries in a fun direction."

Estrup hopes fans will see it as a way to pay homage to what Moonduck was able to accomplish and how much potential his crew saw in that.

Components like the dynamic prize pool and different daily bounties are what make the action more exciting for both the teams and the spectators alike. But it doesn't stop there. Instead, BLAST Bounty Hunt is upping the ante for how online events are experienced, bringing the audience into the tournament, and giving them a piece of the action.

"Predictions are something that always gets fans involved, whether in CS:GO where it is a massive component or in Dota 2 where it is gaining more traction."

But this is even more. Not only do fans get to vote on the bounties, potentially influencing both the outcome of the match and the amount of money awarded to or lost by teams, but they will also have their own Bounty Hunter for the event which will have the potential to earn they themselves a slice of the prize pool —$5,000 total is up for grabs for fans.

The folks running BLAST Bounty Hunt are hopeful that elements as such will appeal to not only the core fans but attract new ones. 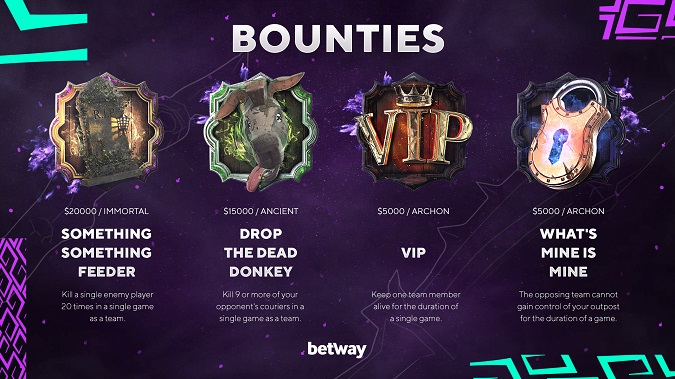 "We want to amplify and strike other places than just the Dota 2 community, to bring in new fans and extend the base. We want fans to WANT to introduce their friends, family to the game, get them interested, and involved. When you watch a new or unfamiliar game, what is the learning curve involved in following, or how enjoyable or easy is it as a spectator? What would the draw be, why would you want to bring your friends along, what would make them stay? By adding in these other components, we hope that what is seen onscreen will be entertaining and casters and panels will have additional content to discuss and expand on."

When you go to an event live at a LAN tournament there is a buzz, electricity in the air. There are usually other small events or booths for attendees to visit or experience and of course, there is the meeting and sharing times with kindred spirits from all over the world.  However, in times such as these, with no events to attend for the last few months and foreseeable future, esports is confined to online.

In order to help the viewer experience of feeling connected while also respecting the social distancing standards, Estrup shared with GosuGamers that there will be a 500 Zoom video feed that will be incorporated into the event —something that was already done at BLAST Premier: Spring 2020 American Showdown.

Truly a remarkable feat and fun way to share the emotional component of watching the event. This means, that breathtaking gameplay, nailbiting action, and stunning performances need to be present as well.

BLAST Bounty Hunt is not just about the twist on the format or additional content pieces, it is also about the high level of competition and thrilling gameplay.

"What we were looking for is a beautiful mix of Midas Mode fun with some more traditional competition, landing on that sweet spot to make it highly successful. The aim is to keep a highly competitive focus while still making it fun and engaging for fans."

Recruiting the Top/Tier 1 teams helps keep a very competitive focus. Thanks to their time in with BLAST Pro Series and Premier, their reputation proceeded them and it was a bit easier to recruit such elite teams to participate. Estrup also attributes their more recent three day London event in cementing the deal. 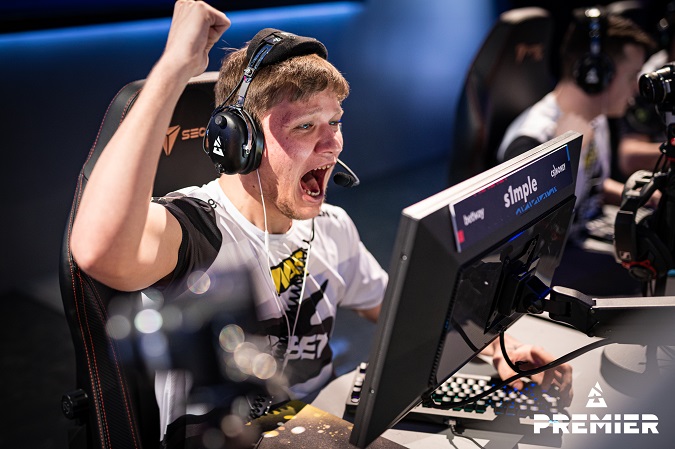 Without a doubt BLAST Bounty Hunt is going make a huge splash into the Dota 2 competitive scene and raise the standards of the online landscape.

However, Estrup says it is too soon to talk about the future.

"It's too soon to talk about expansion. Right now we are observing what's happening in the space to see where everything lands and then figure out how and where to venture next. Could the concept of Bounty Hunt become its own format and used in other games? Would we continue with Dota 2 in this direction only or expand into leagues or other LANs? We will need to see. "

To gauge success, great viewership is of course just one indicator. But Estrup and crew prefer to focus on input and feedback from the community. How the fans react and the respectful and honest reviews and criticism will be more of a driving force along with commercial success through sponsorships and similar activity.

"This is a narrative-driven event. We'll need to see how it all plays out, how the money moves between the teams, and how impactful or how successful the bounty hunter collecting was. Will it play out and tie together as imagined and as good as it looks on paper? We'll need the community to help let us know. Don't hold back, tell me what you are thinking!"

BLAST Bounty Hunt will take place between June 9-13th with $145,000 up for grabs for 6 teams and $5,000 earmarked for fans through the fan prediction game. Also, fans should look forward to special guests for the brawl cast. 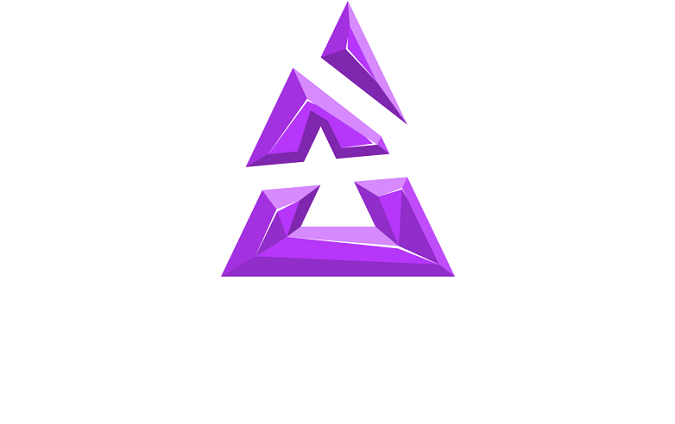 Teams will seed each other and play in double elimination brackets to reach the final two. Seeds 3-6 will playoff with the winners moving on to play seeds 1-2 for a place in the final. The grand finals will be a best-of-five showdown.

BLAST Bounty Hunt Dynamic Prize Pool
The aim of the dynamic prize pool is to create real rewards and tension during every match.

Every match takes on greater significance because there is extra bonus money available during each match that the teams can bank. Each match played will add to the team's bank through winning and collecting bonuses.

A winning team with an unbeaten record could walk away with up to $51,120 plus with additional bounties won, teams can be winning up to $96,000.

Further details on the in-game bounties will be announced prior to the start of the tournament.

Fans will be able to predict the winners of each match, the number of bounties collected, and a couple of exciting other twists and turns throughout the tournament. This new innovation brings the fans even closer to the action, highs and lows, and gives the winner cold hard cash. 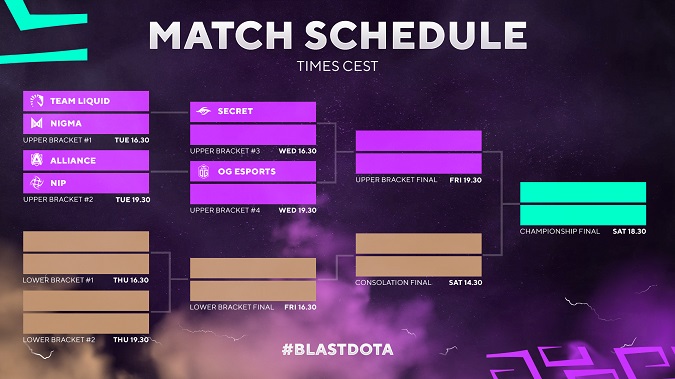 The tournament will be broadcast on BLAST’s new DOTA 2 channels:

What do you like better about BLAST Bounty Hunt?

The format
Thank you for voting!
The fan participation
Thank you for voting!
Cristy “Pandoradota2” Ramadani
Pandora is a behind the scenes Dota 2 professional Jack of All Trades. When not busy with Dota 2 work, she is out trying to save the world or baking cupcakes. Follow her on Twitter @pandoradota2
Share Tweet
38 people reacted to this post

BLAST Bounty Hunt
9 Jun 2020 $110,001
This website uses cookies to ensure that you get the best experience Read more