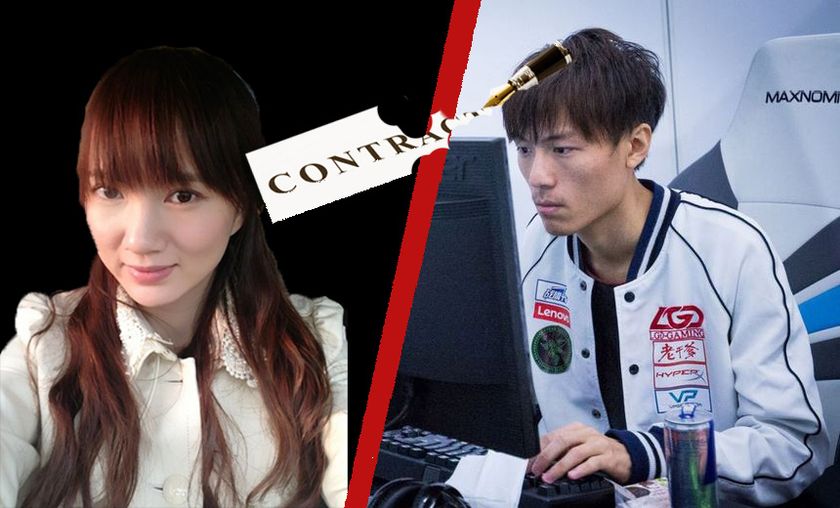 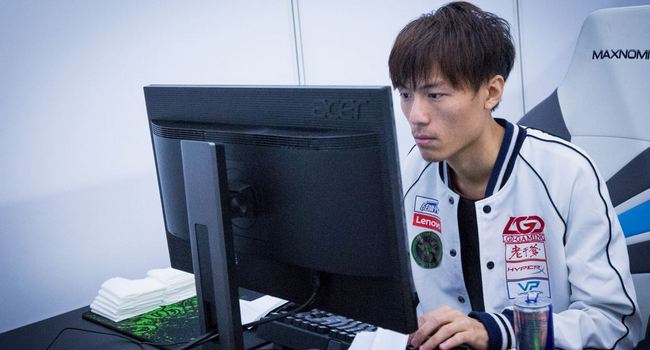 The details of the situation and the exact causes of the outrage by Liu 'Sylar' Jia Jun are still murky, however, much can be inferred from Sylar's lengthy post and the back and forth confrontation between Sylar and Pan 'RuRu' Jie on Weibo. As of writing, the confrontation has come to a standstill after RuRu deleted all, and Sylar some, of their Weibo posts related to the issue.

From the various posts by either RuRu or Sylar, it seems that there are multiple reasons for the conflict, the most obvious being Sylar's dissatisfaction over being paid the same amount as one of his teammates, which he says "streams and goes dating" while he is "watching replays”. A second plausible reason for this conflict is LGD's signaled intentions to transfer Sylar to CDEC in exchange for Zheng 'Aggresif' Sun despite Sylar expressing his will to stay on LGD, and a third plausible reason is LGD's insistence that Sylar explain the situation on the organization's behalf.

RuRu is LGD's and betting site VPGame's CEO, owner of CDEC and ex-wife of Perfect World's head of Dota2, Wang 'JingLing' Yu Ming. From various Chinese forum sites, RuRu would appear to not be well liked by the Chinese community, as a side note, RuRu's ex-husband, JingLing, is currently facing accusations of abuse of power when organizing the Shanghai Major after someone claiming to be an insider leaked details of his exploits and how they caused the Shanghai Major to fail.

Despite the poor general opinion of the Chinese scene on RuRu and the current drama surrounding her, Dominik ' Black^' Reitmeier has once said "Ruru is the best boss I’ve ever worked with. If you work hard she will reward you accordingly" in an interview with joinDOTA during his time with LGD.Int in early 2014.

Do you have a heart?

The lengthy post details how Sylar started getting involved with LGD after TI4 and his time with the team; towards the end of the article, Sylar stated that he intentionally "wrote the post in a non-precise manner".

The story starts during the TI4 reshuffle, Sylar just left VG and has been asked by multiple teams to join them, among them is LGD, represented by RuRu. Thinking she "was the most sincere, approaching me [Sylar] multiple times and scheduling meetings in person", Sylar decided to join LGD. When negotiating contracts, Sylar wanted to sign for a year, but RuRu "wanted Sylar and MMY [who was negotiating a contract at that time as well] to sign on for two years" in the interest of "regaining their costs". After some discussion, the players and RuRu settled on an agreement where Sylar and MMY would sign for 1.5 years but be paid a year's worth of signing fees after TI5 (A year into the contract).

In the next paragraph, Sylar moves on to describe an issue he encountered with LGD, where he was not allowed to stream under Douyou due to "LGD's partnership with Zhanqi [Another streaming service]." Sylar decided not to make a big deal out of "a small situation" and "did not do anything relating to streaming, only what was mandatory." Moving on to the post-TI5 shuffle, Sylar talks about how Bai 'rOtK' Fan joined the team. 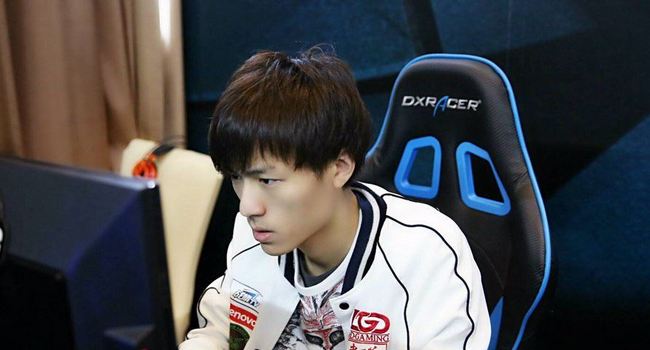 At the end of the year, Sylar had to renew his contract for six more months in order for him to receive the transfer fees. Doing so, he was told that "the full payment cannot be made within one or two months". As the Shanghai Major approached, Sylar started to "think about retirement" after "a big disagreement with rOtK" and "consistent bad results". In that time span, Sylar also approached LGD's manager and said "find a replacement for me after the Shanghai Major." However after the request was made, LGD's performance started improving and Sylar found the new patch to be of his liking, renewing his motivation to play competitively. When LGD asked Sylar about continuing his contract, he "laid out some terms which LGD denied and then left the issue of contract renewal alone."

The final two paragraphs dealt with the time period after the Shanghai Major. LGD's manager asked if he was willing to keep playing, to which Sylar replied "if the players are fine, I will play"; Sylar returned home for a break after that, "expecting a reply two days after returning home." During this time, Maybe contacted LGD and "expressed he would like to play with Aggresif and asked if Sylar was willing to form a new team". Sylar "assume I [He] will stay in LGD but later found out he would be posted to CDEC." In his final paragraph, he expressed frustration that LGD said he left the team voluntarily and their "request to speak " and explain the situation.

In response to the post, RuRu has posted a series of now deleted screenshots and reiterated the contract signing timeline. The screenshots were of her negotiations with Sylar and Sylar's conversation with LGD's manager when he requested a replacement be found for him.

The contract signing timeline revealed more details about the contracts and gave a better feel of the less detailed timeline on Sylar's "Do you have a heart?" post. RuRu argued that the 300,000RMB ($46,000) transfer fee and the 700,000RMB ($107,500) and 500,000RMB ($76,800) contract signing payment for Sylar and MMY were considered to be extremely high in 2014. The reason why RuRu decided to stick with this high amount of payment was because LGD wanted to protect their roster and, therefore, wanted the players' contracts to last until the end of March in 2016. After TI5, the signing payment for key players in top tier teams was 1,000,000RMB, which was what she offered to Sylar and MMY. But Sylar turned down this offer along with the 800,000RMB provided by ZhanqiTV for Sylar to stream on their platform. Ending the post, RuRu also denied Sylar's accusation of LGD planning to sell Sylar to another team.

The screenshots included in Ruru's post has the conversation Sylar had with LGD's manager. At one point Sylar said, "If you have someone good to replace me, I can not play at the Shanghai Major." Another screenshot showed RuRu questioning the reason behind the Sylar's refusal of the 1,000,000RMB ($153,500) signing payment, Sylar replied saying "you give trash bag 1,000,000RMB and the same to me?", no attempts to negotiate after Sylar's refusal was shown, and in the end, Sylar told RuRu that "there is nothing to be said between us anymore."

After RuRu replied to Sylar's statement, the argument escalated quickly. Sylar addressed RuRu's point of the unreasonable refusal to the 1,000,000RMB signing payment offer. He argued angrily that his professional attitude was on a whole different level to MMY, who streams while hanging out with girls, he also stated that he does not think money is important but he thought it was not fair that his dedication to the team, watching replays and analyzing games, is worth the same price as Lei 'MMY' Zeng Rong's. He also felt insulted by Ruru's attempt to gain sympathy from outsiders while it was clear that she was in the wrong. He also threatened to expose the corrupt scandals RuRu was involved in if she twisted the story again. Ruru deleted all her responses to Sylar almost immediately and Sylar deleted these posts shortly after.

Do you think Sylar's complaint is justified?