Na`Vi burns another 80,000 branches and their chance to proceed in G-1 today with their underperformance and lack of communication in-game. Team Liquid will be moving to the third round of G-1 League loser bracket where they will face the winner of EG versus Dignitas.

Na`Vi's underperformance in both of their G-1 games today have cost them a chance to continue qualifying for G-1 League offline finals on the 24th of May.

On the contrary, Liquid's well-rounded performance today against Na`Vi has earned themselves a spot in the third round of the loser bracket. They will be facing the winner of Dignitas versus EG at 14:00 CEST tomorrow to decide who will be moving forward into the LB final.

The battle of the North Americans will begin at 14:00 CEST today with Evil Geniuses going up against Team Dignitas. The winner of the upcoming game will versus Liquid in the semi-finals of the loser bracket while the loser will be eliminated.

Thing were messed up for Na`Vi from the get-go as their defensive trilane met Liquid's offensive trilane at the rune spot and a big level one fight ensued. Despite having the vision of Liquid walking up, Liquid's well-coordinated movement and level one superiority scored them three kills before the creeps clashed.

Although all was good for Liquid's trilane, things were definitely looking bright for Korok's Storm Spirit on the safe lane. Queen of Pain tripled Storm's creep kills 5 minutes in and continued to pressure the Storm Spirit to the point that he gave up the lane and went into the jungle. A small rotation from Beastmaster and Lina to the safe lane was more than enough to burst down the Queen of Pain. Liquid took the tower afterwards.

Liquid continued roaming around the map with their gank-oriented line-up and took down Phantom Lancer in a five-man gank. Na`Vi's support was there but an overextension and a mis-micro by Dendi's Brewmaster lost them the fight. The score was 11-3 towards Liquid at the end of the fight.

Liquid patiently waited for the second Roshan at 23 minutes and ended the game with Lina having a higher net worth than the Phantom Lancer for most part of the game. 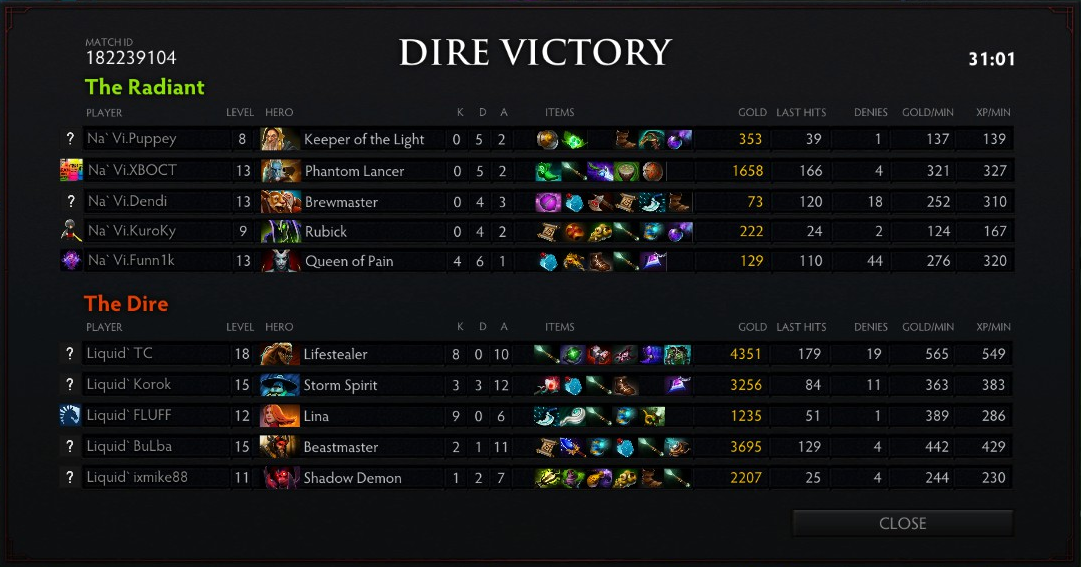 XBOCT ran the solo mid lane in game two facing Liquid's Templar Assassin while Rubick and Bane Elemental alternate between the top lane and middle. The first engagement of the game happened on the top lane as Liquid went on Storm Spirit who had Bane and Rubick nearby to protect him. Na`Vi ended up giving away three kills after a break down in miscommunication between the two supports to either escape or continue fighting. Juggernaut also gave away a solo kill shortly after with a questionable move to continue creeping.

With no measure against the early push during the laning phase, Liquid went for tower kills and Na`Vi continued to get caught off-position and gave away another unnecessary death. In a desperate attempt to regain the momentum of the game, Na`Vi initiated a gank on Clockwerk but Liquid's quick support wiped the floor with Na`Vi. Two towers were dropped as a result.

Na`Vi's sub-par play was really showcased 14 minutes into the game when XBOCT was once again badly caught out way past enemy line and even gave away the courier after his death.

Na`Vi managed to defend their base from Liquid's pushes but the gap was too big fill as Liquid's second try ended the game. 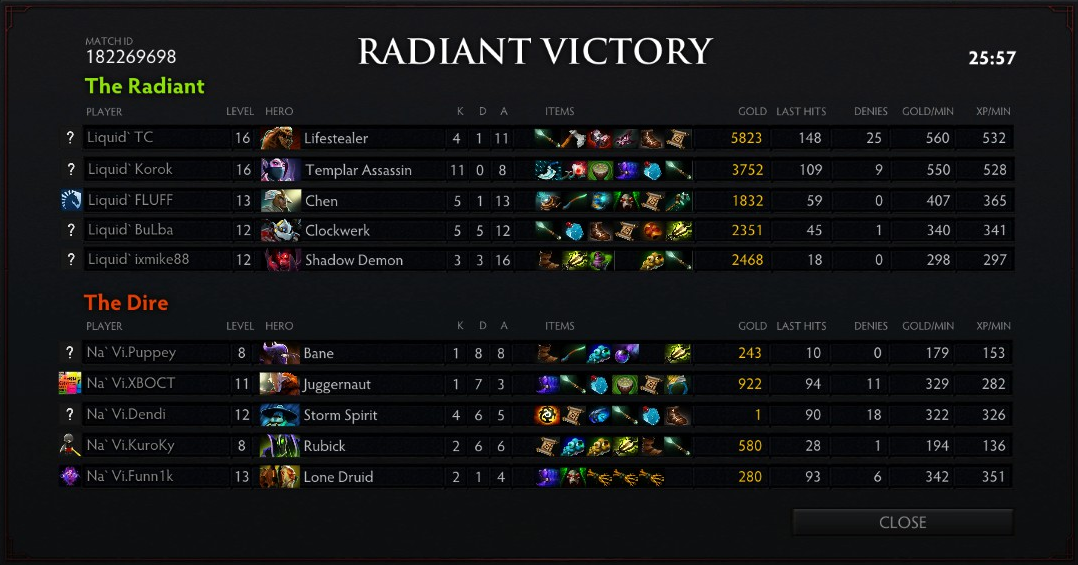