Burning: 'Always be humble in victory, never bitter in defeat' 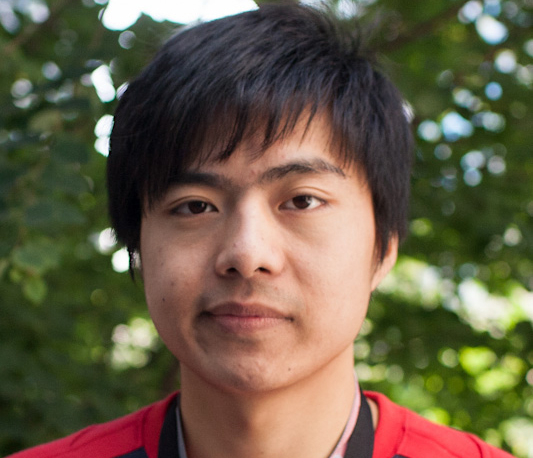 In the history of competitive Chinese DotA, Xu "Burning" Zhilei has been regarded as one of the top three carry veterans alongside Zhou and ZSMJ. His most successful stint was with EHOME in 2010, when the team won a record 10 championship titles in a single competitive year that has not been matched. Currently on the rise again with the recently reshuffled DK, Burning shares with GosuGamers his recollection of the past year with DK.

Take me to the interview!
An excerpt of our interview with Burning, November 11, 2012

Last-hitting, map awareness, teamfight execution - rank these three factors in terms of their importance to a good carry player.

-"I wouldn’t consider last-hitting to be the mark of a good carry player. I mean, that’s the most basic requirement of a DotA player. In my opinion, to be a good carry player, you need to possess the following qualities: map awareness, including being able to evade ganks, and understanding your role in teamfights (whether you should build more survivability or pump your farm into doing damage).

You also need to understand the rationale behind your item builds, which is fluid in itself, and you need to know how to adapt your build as the game progresses."

And yourself - what would you say are your strengths and weaknesses as a carry player?

What is the biggest regret you've had in your entire professional career?

-"It would be the fact that I never made it to the first International. [Team DK never received the invite in 2011.]"

I am sure you picked up new friends at The International. What were some of the teams or players that you were close to? Are you still in contact with one another?

-"The team that I was closest to was Evil Geniuses, and especially DeMoN and Bulba. We spoke alot at The International and in fact, Bulba still approaches me every now and then to talk about the game - including ideas about certain lineups as well as which heroes are OP [overpowered] and how they should be played.

Iceiceice was also hilarious in Seattle, he actually honored his words before the tournament, that he would wear boxers to play the games. We still keep in contact to this day."

Lately, I noticed that in G-1 Champions League, you have a preference for going Hand of Midas early on and then selling it later. Run us through how and why you decided on such a tactic.

-"In most cases, when I build a Hand of Midas it’s mainly to make sure I get a good early start in the game. I also take into account how I think the game is going to turn out. For example, if I look at both lineups and see that our team can only win by turtling to late game, then there’s a high chance that I’ll go for the Midas.

Another possibility is if I’m playing a hero that relies heavily on levelling up quickly - I would also go for a Midas then."
Gosu “GosuGamers” Gamers
Share Tweet
194 people reacted to this post