RSG MY showed that they are the real final boss of MPL Malaysia as they sent the favorites - Todak and Suhaz EVOS to the lower bracket.

Widely considered as the 3rd or 4th best team in MPL Malaysia due to their performance during the regular season, RSG MY emerged in the first two days of MPL Malaysia playoffs and proved their doubters wrong by becoming the first team to advance to the grand final. They also secured their qualification as one of the two Malaysian representatives for the upcoming Mobile Legends Southeast Cup (MSC 2021)!

Their triumphant performance in the playoffs began with their showdown against Todak (or Swordfish in Bahasa Malaysia) - the defending champions of MPL Malaysia.

Game 1 was a shaky one for the Todak wrecking crews, but they managed to ride on the prowess of Momo's Esmeralda and shattered RSG MY's frontline at the 15-minute mark to claim the victory.

However, RSG MY came back stronger in the following game with their very own mage frontliner in the form of Lolealz' Alice. The Blood Demon Queen was a real menace under the hands of Lolealz, as she successfully disrupted Todak's formation numerous times throughout the game. Additionally, side lane Thamuz with retribution battle spell was cheeky but definitely not a good idea from the side of Todak.

RSG MY executed a close to flawless objective gameplan in the last game of the series with a control-heavy composition consisting of Gloo, Yve, and Chou playing the tank role. They wrapped up the series with a coordinated Lord push and sent Todak to the lower bracket.

The collaboration of the Tigers (EVOS) and the Killer Whales (Suhaz) was high in morale as Box claimed the title of Regular Season MVP while Aj was awarded as Best Rookie at the beginning of the playoffs. Regarded as the most threatening team coming into the playoffs, they were on course to win it all after defeating Orange Esports in a quick 2-0 series.

Until they met RSG MY in the upper bracket final. 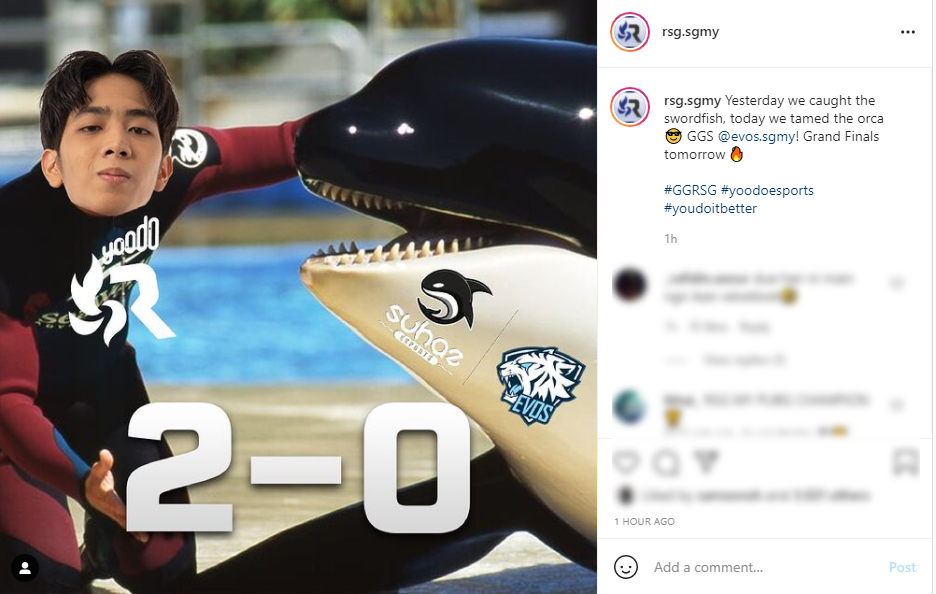 Leixia of RSG showed that he is a better jungler than the regular season MVP as his 5/0/5 Lancelot was too much for the Orcas to handle in game 1.

In the second game, Suhaz EVOS displayed dominance in the first half of the game with a fierce double mage composition featuring Pharsa and Selena. Nonetheless, the surprise Helcurt pick for Leixia proved to be extremely effective to counter the elusive Ling and resulted in a 2-0 sweep for the side of RSG MY.

With RSG MY sitting comfortably at the grand final, they need to win their last series of the tournament - a rematch with the winner of the lower bracket final between Todak versus Suhaz EVOS to claim the second MPL Malaysia titles for the RSG franchise.

Can they continue their fantastic playoffs run and be crowned as the best Mobile Legends team in Malaysia?

Can RSG MY win it all?

Yes, go RSG!
Thank you for voting!
No, not this season
Thank you for voting!
Freddy “friedfred” Tan
An avid gamer and a coffee addict. Outside of gaming and work, Freddy is a part-time theatre and film enthusiast. Follow him on Twitter @freddytan.
Share Tweet
3 people reacted to this post