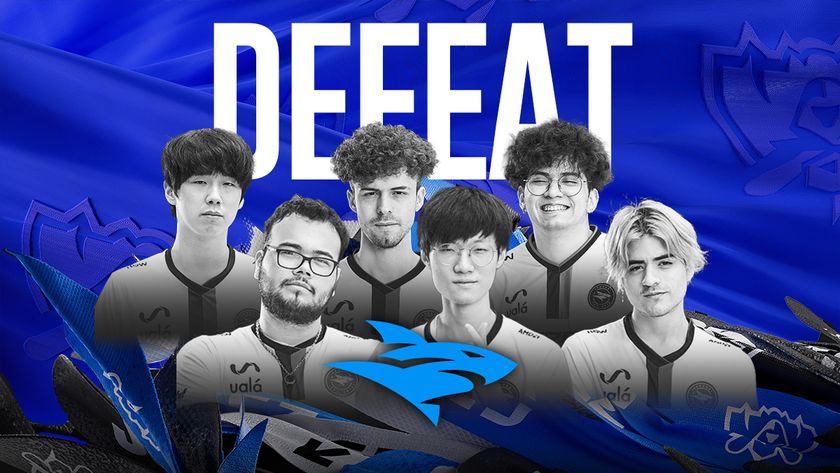 Worlds2022: Isurus suffers another defeat at the hands of Royal Never Give Up

Isurus’ streak of losses continued on Day 3 against Royal Never Give Up.

After Saigon Buffalo dealt Isurus another loss yesterday, the team found itself in a bad place on Day 3 - only to go up against a tournament favourite: Royal Never Give Up. RNG won this one after a clean and efficient game, leaving Isurus in the bottom of the Group B standings next to Istanbul Wildcats with 0-3 points overall. RNG, on the other hand, now sits at a healthy 2-1.

Isurus kicked off the game with ADD making a surprising pick: Teemo! This is a Legend we rarely see come out in tournaments like these, and the audience seemed equally excited and skeptical to see ADD make such an odd pick. Anyone who hates Teemo having anything to do with Worlds would have been relieved to see the hamster immediately go down in hilarious fashion however, as ADD was ganged up on round the three-minute mark viciously. RNG scored First Blood. RNG’s Ming went on to slay Isurus’ Jelly while RNG’s Gala took out Isurus’ Grell, giving the MSI champions three kills within five minutes of the match.

13 minutes in, RNG had nine kills to Isurus’ three, and 7K more gold, giving the team a huge but not entirely insurmountable lead in the midgame. We’ve seen teams come back from deficits like these before, but Isurus just seemed outclassed in every fight that would roll out against RNG’s Ming and Gala, who snapped up kills left, right and center. RNG cleaned up the map efficiently, picking up objectives, dragons and kills without suffering too many losses - or at least, without suffering losses that would hurt their chances of a win in the long run. Isurus found itself in a very difficult position by the 20-minute mark, with very little leeway to catch up to the enemy team and forced on the defensive.

With a 10K gold lead and 18-6 kills, we all knew how this match was going to go. RNG steamrolled the enemy team by dominating the map and bringing that edge into their base, taking an insanely predictable win. Isurus has lost another game on its home turf which must be devastating, while RNG does everything it can to make up for its one loss in the Play-ins.

Next up is Beyond Gaming versus Chiefs Esports Club!

Worlds 2022: It gets LOUD on day 3 as Fnatic is handed their first loss of the tournament