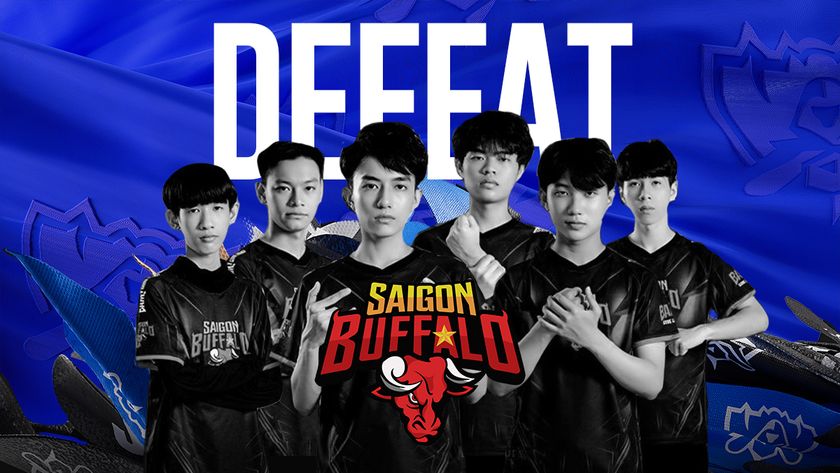 The lion slays the buffalo.

The LEC gets another win on their belt with MAD Lions taking out Saigon Buffalo to further strengthen their second-place spot in Group A. With both teams tied on points, MAD's much-needed win not only moves them cleanly above SBG but also provided a morale boost for the team after yesterday's defeat at the hands of Royal Never Give Up. Speaking of RNG, they will play two matches today that give them the chance to share the second seed with MAD.

SBG will have one last match coming up tomorrow against RNG, which will inevitably be the crunch match to determine where the teams place in the second round. Of course, this is also dependent on how RNG performs later today. While their matches against Isurus and Istanbul Wildcats shouldn't pose too much trouble, you never know what could happen.

As for MAD, they should be pleased with themselves for that win. While they didn't start the game well, they sure ended it on a high note. It was SBG who started the game brightly, taking out Javier "Elyoya" Prades Batalla for the first blood after a four-man roam into MAD's jungle while Yasin "Nisqy" Dinçer and Norman "Kaiser" Kaiser managed to escape unscathed. SBG was all about that early-game aggression and it showed.

Anh "Taki" Tài Đinh with Amumu claimed the first blood first earlier in the game and got another a few minutes later, this time taking Nisqy's life. However, MAD soon began to show signs of life with Kaiser getting a great jump on Taki before Elyoya finished him off. The three SBG members who were in the vicinity were forced to flee, allowing MAD to give chase. Unfortunately, Elyoya paid for it with his life to allow Nisqy with Swain to get a double kill on Trần "BeanJ" Văn Chính and Hải "Froggy" Minh Bùi.

With both teams looking to push and claim some outer turrets, a dance-off for the Rift Herald occurred. While BeanJ did manage to get the steal, it was SBG who ended up with four dead with only Kaiser dying from MAD. This also gave the remaining members of MAD a kill each with Hoàng "Shogun" Phú Nguyễn the only one left alive. MAD's sustainability throughout that entire teamfight showed their team composition at full force.

SBG would try to get the drake sometime later and but MAD decided to come contest anyway. İrfan Berk "Armut" Tükek's Gnar was caught too far out and Taki obliged by taking his life. Elyoya and Kaiser soon followed suit with SBG striking back. Five minutes later, another drake square-off happened with Taki catching three of MAD in the river. With the rest of SBG committing for the kills, they somehow failed to sync up their combos. This allowed MAD to sustain their health throughout the fight, giving them time to reset and go for the kill. Elyoya responded with just that, getting a triple kill with Hecarim.

But as soon as MAD started pulling ahead, SBG would somehow find itself a way back into the game. After taking a Baron as well as Froggy's life, MAD felt safe enough to push out the lanes. However, their bottom lane push ended badly with Armut and Elyoya dropping in a matter of seconds. As the game wore on, MAD still held a slender lead against SBG with the VCS second seed looking to make more plays happen around the map.

The mass team healing game plan worked out once again, nullifying SBG's large burst damage to a great degree. This allowed MAD to sustain through heavy teamfights and gave them a chance to turn the tides. With four dead on SBG, MAD charged down the middle lane, knowing that that was the fight that won them the game.

Worlds 2022: It gets LOUD on day 3 as Fnatic is handed their first loss of the tournament

Worlds 2022: DRX steamrolls Saigon Buffalo after uneven match to pick up a win