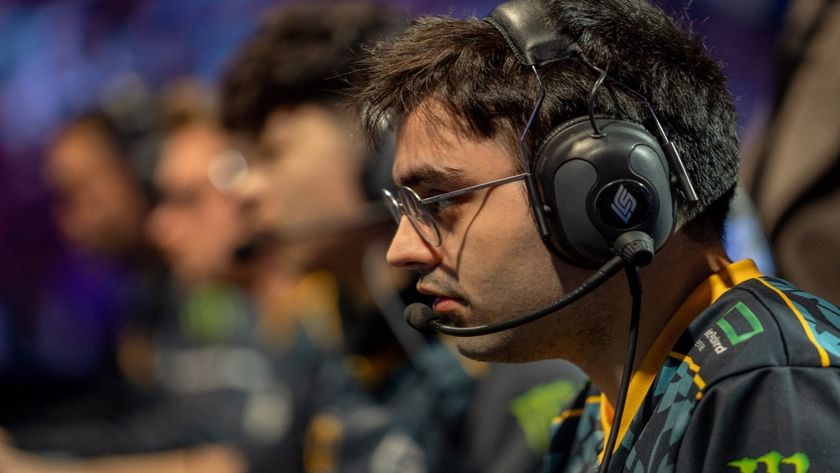 Another rising talent from the LCS is making his debut at Worlds 2022.

It looks like Evil Geniuses will be bringing Muhammed Hasan "Kaori" Şentürk to the League of Legends World Championship as part of the team's starting lineup. EG's CEO, Nicole LaPointe Jameson confirmed this via her Twitter page. She also goes on to add that the team will continue supporting Kyle "Danny" Sakamaki.

Danny has been taking a mental health break since the team's victory over Team Liquid during the LCS Summer Split lower bracket semifinal. He was replaced by Kaori in their lower bracket finals match against 100 Thieves, which was a match that could've gone either way. Having already had a taste of what the main stage series would feel like, EG will be bringing the rookie marksman with them on their journey to Worlds 2022.

While it still remains unknown if Danny will join up with the team during the Worlds, it's looking like Kaori will be the starting AD carry for the boys in the blue for the upcoming world championship. Of course, EG could very well run a 6-man starting roster and swap between both Kaori and Danny when needed. Being one of the most mechanically-gifted AD carry players that North America has not seen in a long time, he will be sorely missed as EG will try to fight their way through the play-in bracket to qualify for the main event.

EG will kickstart their Worlds 2022 campaign when they face off against another long-time favourite, Fnatic in group A. With the likes of DetonatioN FocusMe, LOUD, Chiefs Esports Club, and Beyond Gaming in the same group, only one team will be allowed to qualify straight to the group stage. As it stands, it's looking likely to be between Fnatic and EG, given that they are the two top-performing teams from the major regions.

Will EG make it past the Play-In Stage?

The League of Legends Worlds 2022 patch 12.18 is officially here