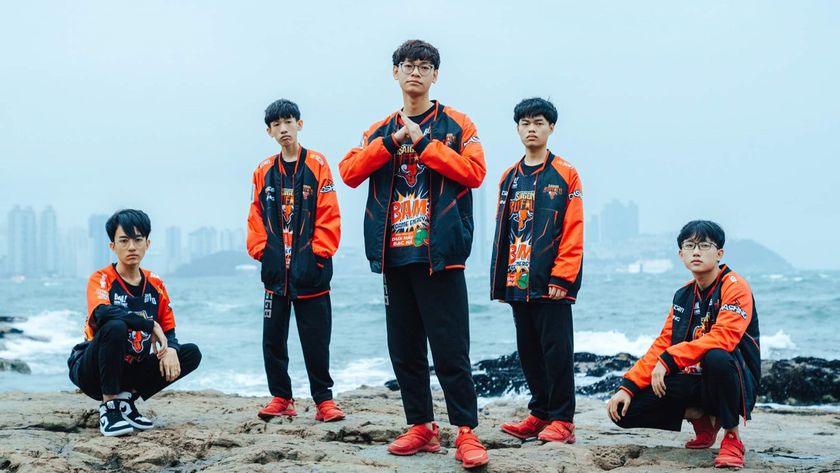 Team Aze went up against Saigon Buffalo while DetonatioN FocusMe battled T1 in the last two matches to close out day 3 of MSI 2022. We’ve seen most of these teams hold their own thus far, with T1 specifically coming into these matches on top - and that winning streak continues for now. Saigon Buffalo proved victorious over Aze first, and T1 won against DFM after. A big day for Group A overall, with more than a few unexpected twists and turns.

First up was Saigon Buffalo (SGB) going up against Team Aze. The match might’ve started up slowly, but we saw quite a few teamfights roll out by the six-minute mark despite low firepower all around. Both teams clashed quickly and often, with SGB absolutely dominating the opposition with a massive lead in the early game. By the ten-minute mark, SGB led by 3k gold and five more kills than Aze - clear proof of their superior tactics at this point in the match. Aze tried its best here, but the team was simply outclassed.

SGB had a really great start in this match, and Aze clearly had a tough time catching up. The team simply didn’t have enough damage to do anything other than play cautiously and not give SGB an even bigger lead. Meanwhile, SGB seemed to find little issue in picking up turrets left and right. The defense was there, but it wasn’t enough to push them back. At the 14-minute mark, the entirety of Aze came out to defend a topmost turret but ended up being wiped out by an impressive string of attacks from SGB. At this point, SGB had 10k more gold and 10 more wins.

This was just one of those games where, by the 15-minute mark, you just knew which way it was going down. To its credit, Aze could have simply thrown their hands up and walked away - but they continued to mount their best possible defense while SGB continued to rack up gold, kills and turrets. SGB eventually made quick work of Aze’s base and took an incredibly predictable but surprisingly quick win. That makes three losses for Aze thus far, which is a deep hole to crawl out of at this point.

Day 3’s final game saw DetonatioN FocusMe (DFM) go up against T1. T1 already had two wins going into this match, raising the question: how long can that streak possibly go on for, and does DFM have what it takes to break it today? This match started out hot, with seven kills just five minutes into the game. Teamfights happened left and right, as players skirmished for gold and turret defense.

The first dragon went untouched for a bit, but both teams were clearly out for blood here - hounding each other and scoring kills whenever possible. Lots of fights were had, but most of them ended without a kill as players escapped by the skin of their teeth. By the 12-minute mark, T1 led the game by 4k gold and three more kills than DFM. The early game might have gone to either team, but T1 had the midgame in a tight grip.

The first turret went to T1 15 minutes into the match, a big step for an already widening lead. DFM had a lot of close-combat Legends on their team, and that didn’t necessarily translate to easy victories against the other team. T1 pushed into the map aggressively, leaving DFM to focus on defending themselves in the lategame. At this point, it looked like T1 had the game in the palm of its hands much like SGB in the match before. At the 21-minute mark, T1 had a 10k lead in gold and doubled DFM’s 8 kills.

DFM would have to pull off an upset to get the game back, but didn’t manage to get there. A decisive teamfight right outside DFM’s base ended with the entire team wiped out, and T1 waltzing in to take the victory.

That’s it for day 3! T1 and Saigon Buffalo sit on top of Group A for today, but we’ll see if that continues as the tournament rolls onwards.

Do you think T1's winning streak will end anytime soon?