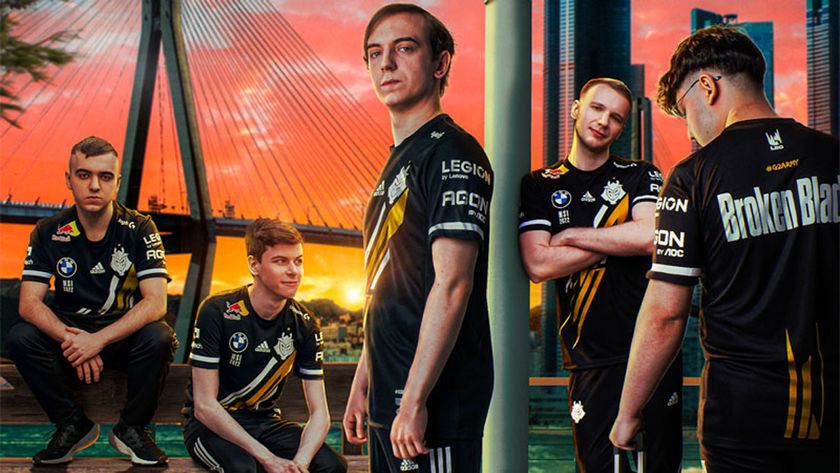 G2 Esports took on two teams on Day 1 of MSI 2022, coming away with wins against both ORDER and Evil Geniuses.

The festivities of MSI 2022 Day 1 continue with G2 Esports taking on two teams in back-to-back matches. G2 scored a 1-0 win against ORDER first, before taking on Evil Geniuses and walking away with another win under its belt. The first match took about 27 minutes, with the second going on for a bit longer over than 30 minutes.

Going up against G2 Esports on the first day of MSI 2022 seemed like a tall ORDER (sorry), but the latter team took their best shot anyway. ORDER went with Miss Fortune, Karthus, Leona, Yone and Aatrox. G2 took on Viego, Aphelios, Braume, Zoe and Fiora. The match took a few minutes to get going, but G2 ended up slaying the first Hextech dragon of the game. Almost halfway through the match, both teams found themselves with equal amounts of gold but with ORDER leading the kills.

The second dragon of the game went to G2 before a big teamfight halfway through the match, where G2 steamrolled ORDER and nicked the game’s second Herald and dragon to boot. Both teams then pushed for the Baron Nashor, with G2 once again coming out on top by beating out the other team and slaying the Baron. An LoL Esports tweet sums up this moment rather nicely:

The Baron did not go to waste. G2 made a big push into ORDER’s home base and after getting an inhibitor tower, destroyed the team’s nexus and scored a win. ORDER put up a good fight, but firepower and strategy gave G2 the first win of their two matches today.

G2 vs EG on the other hand, was a match of big action in short bursts. Both teams would fight for coin and contest different points of the map, before a sudden clash occurs and we would see a turret - and a player - get wiped out. Notably, we saw a lone EG player muck about the jungle until they found BrokenBlade of G2 alone at the rightmost turret, at which point EG descended on BrokenBlade, defeated the outnumbered player and took the turret for good measure.

This pattern repeated almost immediately, with EG losing a turret in the mid lane before the action ceased for several more minutes. G2 took on the Baron, and almost immediately upon its defeat was fractured by EG. G2 again went after their third dragon and was contested by EG for it, but got their third dragon anyway with only one fallen teammate - Danny. That made for two teamfights happening in close succession with one another, with G2 coming out on top by the skin of their teeth each time.

After that, G2 managed to push into EG’s base but found themselves beaten back. The action dropped off for a bit, with both teams only coming up against each other to bite off a chunk of health before splitting off, not willing to risk a single fallen teammate. The fourth dragon of the game spawned with EG coming against it, while G2 hovered around the fight skittishly - not willing to engage besides taking a few potshots here and there. EG’s Impact tried to take a turret while both teams were busy with the dragon, but got pushed back. G2 ended up taking the fourth dragon.

With the buff, G2 made a final push and tipped over a turret in EG’s home territory. One very one-sided teamfight later, G2 wiped out the team and won the game. Not a bad day for the champions of MSI 2019 overall.

Did both teams put up a good fight against G2 today?