Unicorns of Love to replace Fnatic at IEM San Jose 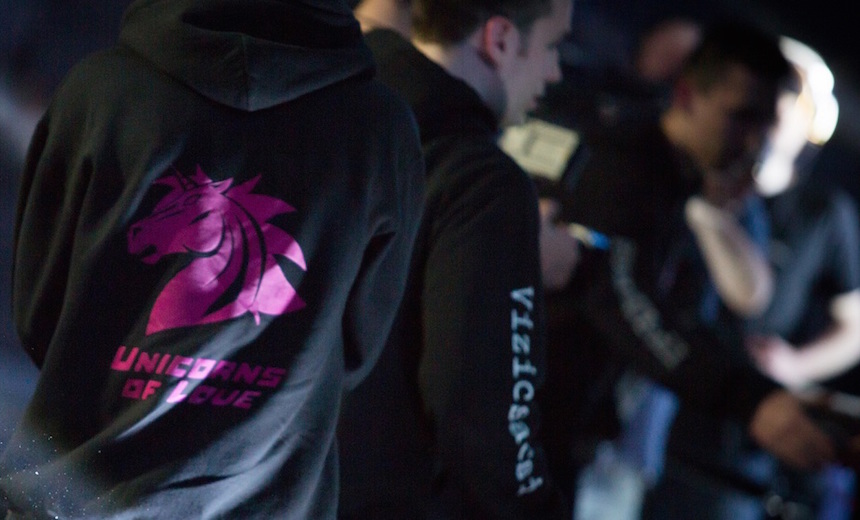 Due to health issues, EU representative Fnatic step down from IEM San Jose and Unicorns of Love rises up to take their place.

According to an announcement made by both IEM and Fnatic, the 2015 EU Spring and Summer Champions will be bowing out of the upcoming tournament. It wasn't made clear in the statement by Fnatic who exactly was suffering from medical issues that caused the premature exit, but regardless, it means that Unicorns of Love is set to take on the vacant EU reigns at IEM San Jose as the third placed team in the fan vote behind Fnatic and Origen.

Despite stepping in for the maligned Fnatic, UOL is a team that has had more than its fair share of issues as of late. Earlier in the offseason, the team lost the bulk of their main player roster. With their mid laner Tristan "PowerOfEvil" Schrage recently moving to Origen (who they will now be facing at IEM) and AD carry Pontus "Vardags" Dahlblom announcing his free agency right off the heels of the IEM announcement, Unicorns of Love are left with only their top laner Tamás "Vizicsacsi" Kiss and support Zdravets "Hylissang" Galabov officially on the starting roster.

Unicorns of Love fans need not worry though. Vizicsacsi stated on his Facebook that the team will reveal their new full roster the day before the event on November 20th and that the tournament will be "a great opportunity to test the strength of our new team."

Do you think the new Unicorns of Love will put on a good showing at IEM San Jose?