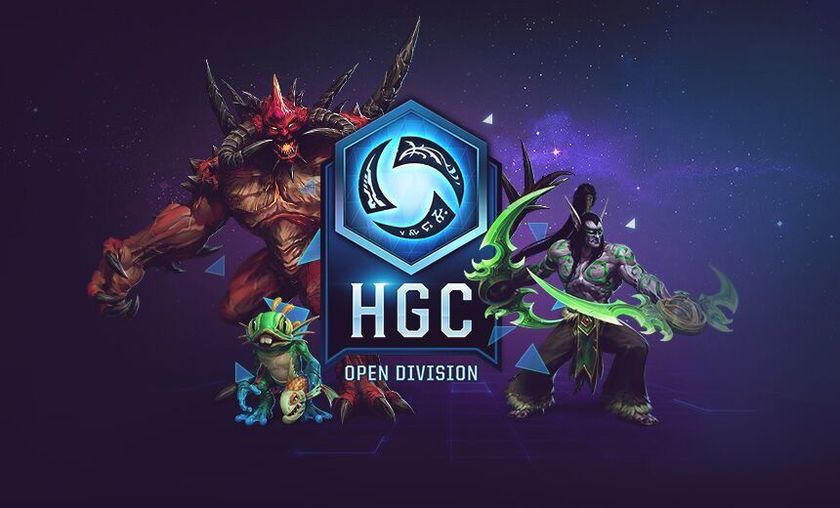 With UT-A HOTD notably absent, Imported Support jumps to a close 2nd place in the standings with LFM right behind them.

VoD of the final matches here

The finals were particularly important during the third NA Open Division Cup, as it offered a rare opportunity to win precious standing points during a tournament that the current point leader, UT-A HOTD, was absent for. Going into the semifinals, we saw Imported Support, Team No Sleep, LFM and Nice! each vying for lion's share of the points.

LFM defeated Team NoSleep on the back of strong Malfurion picks and unique battleground specific hero picks like Sylvanas on Tomb of the Spider Queen. Despite NoSleep securing top heroes like Varian and Zarya, LFM's experience in the draft screen proved too flexible. LFM heads to the Finals.

On the other side of the Bracket, Nice! and Imported Supported squared off. Nice! attempted to catch their opponent off guard first with a unique Illidan lineup, but it was no match for the E.T.C and Li-Ming team fight potential that Imported Support drafted. Li-Ming was on a killing spree, and even though Twitch Chat went wild during game two's Murky pick on the side of Nice!, she continued her spree during game two, making huge plays once again alongside E.T.C.

Imported Support goes on to meet LFM in the Grand finals. Imported Support deployed a classic strategy that reminded us of some vintage Heroes of the Storm. Illidan supported by Rehgar and Abathur provides incredible skirmish potential and an explosive team fight with Ultimate evolution targeting Illidan for two times the demon hunter damage. Meanwhile, LFM drafted a reactionary lineup, with Falstad and E.T.C charged with CC'ing Illidan and a double support Kharazim / Tassadar combo that allowed both supports to choose aggressive talents and make up for the other's lack of healing.

The game was extremely close throughout all stages in the game, until Imported Supported picked the late-game team fight every Illidan composition wants: right next to the enemy core. All it took was for Illidan and friends to secure one kill and, after that, they rushed the core.

Going into the next game, Imported Support took a page out of UT-A HOTD's book and drafted Sonya. The bruiser brought sustained damage, a strong solo lane (especially important on Dragon Shire) and was complemented by a Taunt style Varian and Ancestral Healing Rehgar to create a powerful frontline. LFM looked towards a dedicated shielding strategy with Tassadar and Zarya protecting a fragile Valla, but Varian's Shattering Throw, a strategic level 13 talent that devastates enemy shields, was the perfect counter.

After securing Dragon Knight after Dragon Knight and not losing a single Fort, Imported Support closed out the game with a full enemy team wipe and claimed the enemies core. With this cup win, they closed the massive gap UT-A HOTD once held and walked away with a cool $1,000.

The top standings are as follows:

You can see the full rankings here.

Remember, this was only the third cup and any team has the chance to climb up as they rack up points throughout the season!

Think that your team has what it takes? Registration for the fourth cup opens on March 6th at 6:00 PM PST

Can UT-A come back after taking the week off?

Misfits Splendour: "I don't want to be a healbot."