We take a look at the first day of the Los Angeles Qualifier, the qualifier to decide the second NA team to join Naventic for the Summer Championship.

The Los Angeles qualifier had a rough start with delays and lots of technical problems, with the largest being the fact that the official ESL stream was not up and an emergency stream was run by Gillyweed (Read more about it here). Despite the issues, we were treated with several great matches, including a surprising match between Brain Power and Cloud9. As it turns out, the first day of the qualifier has set the stage for todays finals. Team Naventic are the clear favorites, but Brain Power may be able to pull another victory out of the fire if they were to be matched against each other. Lets have a recap of the Day 1 LA Qualifiers.

Tempo Storm vs Team Naventic: 0-2
Naventic were the clear favorites in this matchup, and drafted amazingly with a 'Korean-like' composition in the first game. There is no doubt that individual skill plays a huge role in the game as Fan, on his Sonya, was impeccable. The end game stats even showed Fan with nearly the highest contribution in every category, including hero damage, where he outdamaged his fellow team-mate Zuna, who was on Kael'thas.

Despite Naventic's prowess, Tempo Storm also played amazingly. Most notably, Tomster on his Greymane was a sight to behold, cleaning up the team fights on multiple occasions. At one stage, Tomster took the talent 'Wizened Duelist' which is a stacking talent that gives Greymane 3% ability power per enemy hero kill, up to 30%, before losing it on death, demonstrating his extreme confidence in his Greymane play.

The second game was a bit more one sided, with Naventic easily securing the win against Tempo Storm despite Tempo having the seemingly better composition. This was partly due to the powerful poke damage coming from Bigempct's Lunara and Fan flanking with Thrall's sundering. All in all, Tempo Storm has improved and this was conveyed in their solid play in the first game. However, they were pitted against one of NA's strongest teams, quite arguably the best, and they held their own pretty well. It is safe to say that Tempo Storm will get better. As for Naventic, they played well, but it was scary to seem them lose teamfights at times. If they are to perform to their potential at the Summer World Championships, they should be able to win these games more easily. 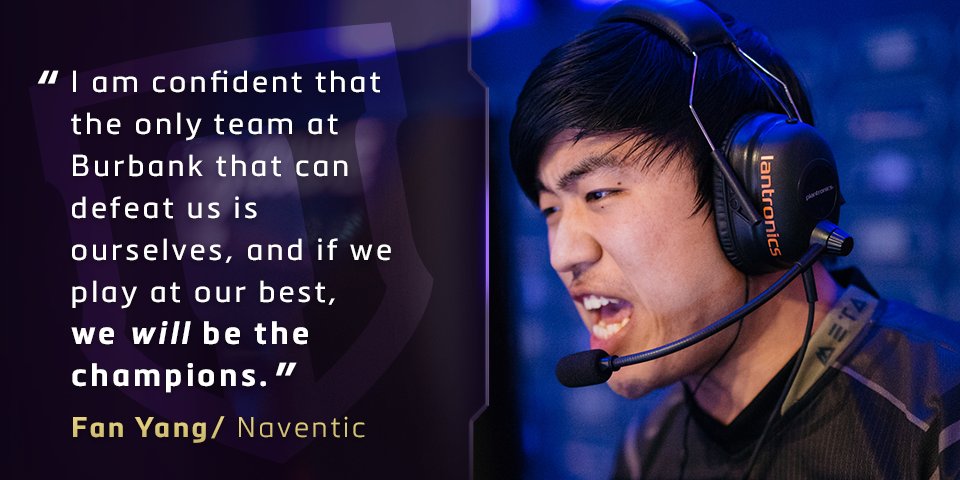 The Surprises: Astral Authority and Brain Power
Both Astral Authority and Brain Power, the presumed 'weaker teams' in their respective matches, managed to beat the teams whom a majority of people deemed were stronger. In the case of Astral Authority, they beat Panda Global 2-1. Similarly, Brain Power overtook Cloud9 in a 2-1 series. Both of the matches were similar in the way that Panda Global and Cloud9 both won the first game but lost the next two. Cloud9 fans will be dissapointed as their team is a step closer to losing a chance to participate in the Summer Championships. Cloud9's loss displays the shift in the strength of NA teams, as other teams progress whilst Cloud9 drops to the losers bracket. In addition to that, it also conveys Brain Power's strength and rise as a team. Cloud9 will have one last chance to make it through the loser's bracket and make it to the finals.

The teams advancing through from Group A will be Naventic and Astral Authority. For Group B, it will be Brain Power and Gale Force eSports. There will be another chance for Cloud9 to come back, but they will have to come back stronger than ever.

Learn more about the Los Angeles Regionals here. You can also watch the games on Twitch by ESL and Gillyweed (You can check out her previous streams to catch up on day 1 matches if you missed any).

Will Cloud9 still be able to make it?