Many Pyroblasts were thrown, many Zeratul plays were made, and Tempo Storm wins another a Road to BlizzCon open after already qualifying months ago.

These were the most contested heroes during the August Road to Blizzcon North American open. This is the BlizzCon event since the new patch and presents an opportunity to look at the current meta and what heroes dominate it. This data shows the most picked and banned heroes: 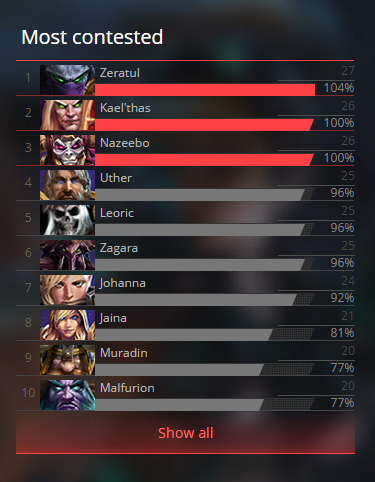 The Kael'thas changes might have initially seemed like a nerf, but the extra flexability of Pyroblast and huge buffs to Chain Bomb have made up for it. The style of play for Kael'thas is different, but he has the tools (Hello, new Gravity Lapse) now to rely less on long pokes and more on medium range killing everything.

Let's not forget about newly buffed Nazeebo either. With increased damage, range options, and a Ravenous Spirit back to a respectable level of damage, He too enjoys immense popularity.

Leoric was nerfed pretty hard, but that doesn't stop him from being insanely powerful. The flexibility of his heroics threaten all immobile squishies while his strength vs high HP targets punish Muradin and Johanna hard. If the double warrior meta persists, I don't think Leoric will ever leave this list.

This list shows a lot of heroes everyone already knows are very good, and that is exactly the point. Top NA teams aren't known to experiment when a Tournament is on the line, and when they do, it doesn't end well. Cloud9 had a notable Murky and Abathur game that was going surprisingly well at certain points against Tempo Storm, but eventually the teams lack of wave clear made it impossible to stop an all in core push that lose them the game.

Although they didn't win take first place, compLexity Gaming and Murloc Geniuses (previously known as Zeveron) still qualify for the Americas Championship, as the 1st and 2nd teams (Tempo Storm and Cloud9) have already qualified. The next leg of the tournament will take place September 19th-20th in Las Vegas, bringing multiple regions together to test each other's might.

The North American teams already seem comfortable with how this new patch should be approached: warriors behind AoE damage dealers supported by team controlling heroics. Who knows what Relics, Immunity White,  will bring to the table. 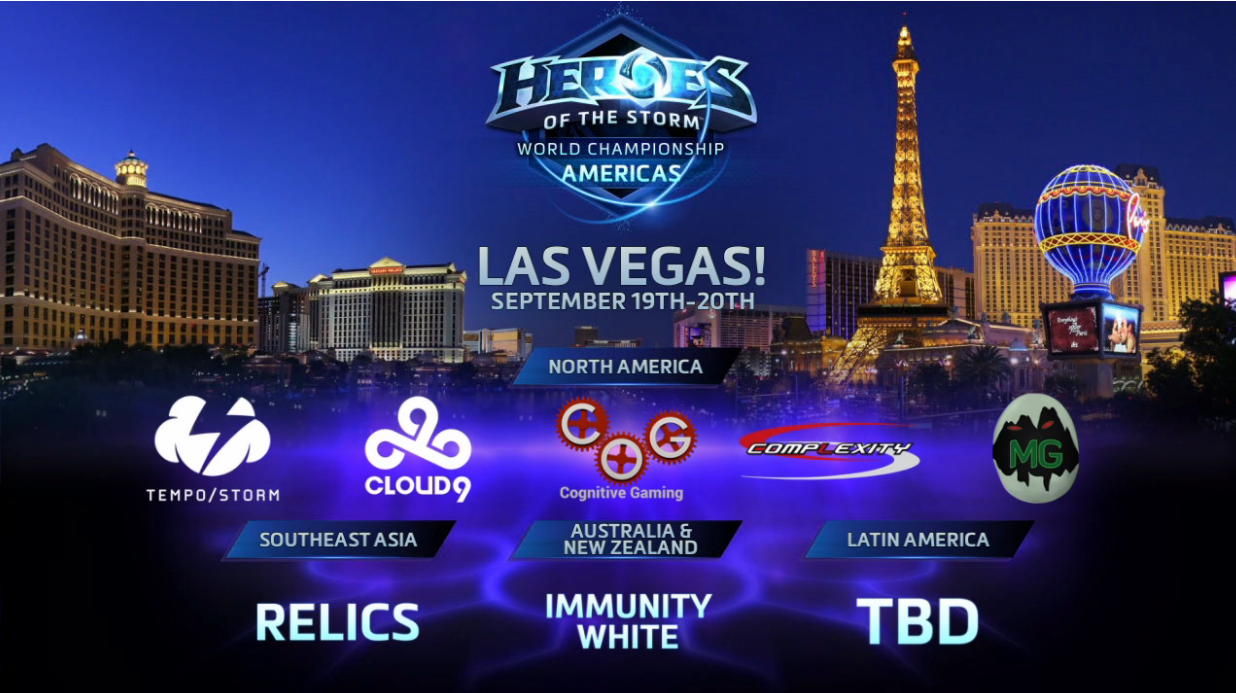