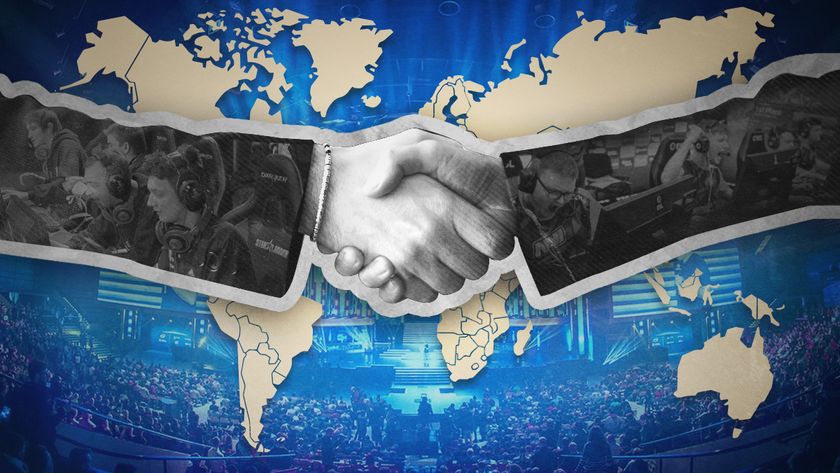 Esports is all fun and games until politics enter the playing field. What happens when the two collide?

Esports and politics is a sensitive subject matter that is more often kept separated than not. Whether it is avoided due to contract/policy adherence, public image, career/professional considerations or personal choice, the fact of the matter is that usually it is not plastered on the front pages of esports.

Often players and spectators alike exclaim that esports and gaming is an escape from reality, a place to go and not worry about the things happening in the real world.

While many games themselves are often political in nature — such as The Division 2 being set in a devastated post-pandemic Washington DC kept in order by the military, Wolfenstein which might be about killing Nazis, Civilization and Tropico which allows identification as a socialist state or egalitarian democracy — speaking up outside the gameplay itself often feels and is taboo.

In October 2019, Hearthstone Pro Ng Wai “blitzchung” Chung was banned by Blizzard after calling for Hong Kong liberation during an event broadcast. Blitzchung was taken off air after his public support for Hong Kong, saying that he was in violation of the 2019 Hearthstone Grandmasters Official Competition rules. Blizzard then removed blitzchung from the Grandmasters, and determined that he would not receive any prize money. This stance was later adjusted with his ban being reduced to six months and awarding him the prize money.

Much of the reason for organizations and companies to make such harsh stances on these statements and show of support is because of financial ties. And financial ties are often political in nature in some way.

Case in point, in November 2018, Malaysian Minister of Youth and Sports Syed Saddiq—the country’s youngest politician, and a Dota 2  player—helped table a RM 10M ($2.4M USD) allocation of the country’s annual budget to esports. In addition, the Dota 2 Kuala Lumpur Major was supported in part by the country’s Ministry of Youth, Sports Malaysia; and the National Sports Council of Malaysia.

There are times when it is impossible to keep the two separated.

Player Neta '33' Shapira was not able to attend and participate in the first Major of the DPC 2018-2019 season with NiP at The Kuala Lumpur Major because Malaysia refuses visas to those with Israeli passports.

Most recently, and continues currently,  the esports world is being rocked by the ongoing war waged by the Russian Federation against Ukraine. At the time of this writing, on Tuesday, March 1, Ukraine was on the sixth day of heavy assault from Russia.

Players, teams, staff, and organizations are all facing consequences, difficult decisions, threats, and setbacks because of it, including being forbidden to speak about the situation publically as in the case with RuHub Studios and cutting ties with business partners as in the case of WePlay.

But it doesn't just stop there. It goes deeper and hits even harder.

According to Epicenter, the tournament organizers slated to host the Dota 2 DPC 2021-22 Season Spring Tour, Valve made the decision to postpone the region's competition indefinitely.

This ultimately means that players are prevented from furthering their careers, obtaining potential income, and their dreams and passion being cut short for the time being.

Nationality is becoming something (politics) that is now directly impacting players (esports).

While in some cases the intention could be player/staff safety, the impact is still undeniably damaging.

Discourse is important. Players, talent, employees, and organizations are entitled to use their platforms to bring awareness to social and political issues encountered in and out of the gaming scene.

Calling to remove politics from esports and games is a privilege that neglects and ignores the conditions, histories, and experiences of any affected parties.

Esports and politics can coexist and bring long-term significance and impact to igniting social movements in society for change.

Turning a blind eye towards major social issues is damaging, irresponsible, and is a major characteristic of denial.

So while we try to have fun and keep the two separated, remember that politics do affect the industry and game and let's be better and do our best to be kind and understanding of each other and how things hit.

Do you think that politics have a place in esports and gaming?

Yes, I do!
Thank you for voting!
No, keep them completely out and separated
Thank you for voting!
Cristy “Pandoradota2” Ramadani
Pandora is a behind the scenes Dota 2 professional Jack of All Trades. When not busy with Dota 2 work, she is out trying to save the world or baking cupcakes. Follow her on Twitter @pandoradota2
Share Tweet
226 people reacted to this post