Eyes were glued onto the stream and onto the stage that Nintendo was presenting on in anticipation of what they will reveal. Twitter users were hyped up in anticipation of an impressive showing from Nintendo. As the lights dimmed everyone was treated to a video of pikmin sneaking around Miyamoto's waiting area. Miyamoto rushes onto the stage with a pikmin in the jacket's pocket and the crowd is excited to see him. He talks about the WiiU and how it will change the industry and he talks about how the Pikmin franchise has been in the Nintendo family for 10 years. In the next minute, he reveals Pikmin 3 for the WiiU and talks about the game. Pikmin 3 was redesigned to have the pikmin act as ants carrying items as well as building a bridge to add more realism. A new aspect of the game was introduced when Miyamoto was explaining how there will be Rock Pikmin to help break down armor or reinforced walls. The basic game play has not changed but it was a good first party title to start the show with. 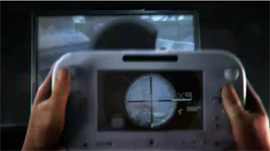 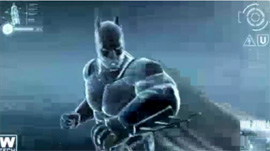 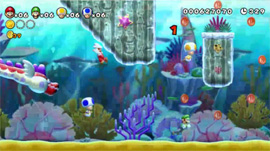 Miyamoto leaves for Reggie Fils-Aime to go on stage. He talks about the social aspects of the WiiU and how it will revolutionize living room entertainment. A big announcement was the details of the game pad for the WiiU which includes a built-in microphone and webcam, rumble feature, audio jacks for headphones, and stereo speakers along with everything else seen on the surface. Reggie talks about the functionality of MiiVerse and how people can leave messages in-game for others to see. He reveals New Super Mario Bros U and game play is shown. The footage shown features a lot of co-op play. Reggie explains that players can compete to see who can get to the finish line first or try for the record of the fastest speed run in the world.

After New Super Mario Bros U, Reggie talks about how third party publishers have gotten behind the WiiU and a sound plays with Batman: Arkham City appearing on the screen. Harley Quinn speaks a couple minutes later and introduces the president of Warner Bros. Games to reveal the Armored Edition of Batman: Arkham City. The game designer comes out to explain how the WiiU will function with Arkham City and it can change from storage unit to actual game play and features the motion technology to plant and detonate explosives.

Scribblenauts Unlimited was shown briefly and a short video featuring all the third party games that will be on WiiU. What caught my eye was that Trine 2, Ninja Gaiden 3: Razor's Edge, and Mass Effect 3 will be on the WiiU and while that seemed exciting, I was interested in seeing how it would work with Trine 2. It would have been nice if Ninja Gaiden and Trine 2 were shown during the press conference.

Speeding through the fitness functionality of the WiiU, Scott Moffitt comes out to talk a little bit about the 3DS and confirms that his show with the 3DS will be tomorrow at 6 PM PST. The show is confirmed to show first and third party titles. He starts off by revealing three third party titles which are New Super Mario Bros 2, Paper Mario Sticker Star, and Luigi's Mansion Dark Moon. New Super Mario Bros 2 is the same exact thing as the first one except with infinite coins. Paper Mario Sticker Star plays like the previous iterations except that stickers can be collected as used as power-ups. Luigi's Mansion Dark Moon is basically the sequel to Luigi's Mansion but not much information was given because all three games and more would be appearing in the conference the very next day. A short video was shown with a preview of third party games that would be appearing on the 3DS which include: Castlevania: Lord of Shadows - Mirror of Fate, Epic Mickey: Power of Illusion, Scribblenauts Unlimited, and finally, Kingdom Hearts 3D: Dream Drop Distance.

Reggie comes back on stage to reveal a new Lego game which features the use of the TV and the WiiU. The TV shows regular game play while the WiiU can be used as a scanner to look through buildings by guiding the WiiU. After a few moments, Ubisoft takes the stage to demonstrate Just Dance 4 and then ZombiU. ZombiU is the WiiU's new survival horror title which features heavy use of the connectivity of the WiiU and the TV set. One part of the footage included typing in a code to a door while the TV looked behind the person to see how close the zombies were.

To close the show, Nintendoland was revealed. Nintendoland features mini-games throughout the amusement park. Animal Crossing, a new Zelda minigame, and a new Luigi's Mansion minigame were revealed as the first titles in Nintendoland. The Luigi's Mansion minigame was demonstrated and it featured trying to hide from ghosts and the unique feature was how the battery life could play a part in the game. The lower the battery life, the weaker the flash light.

Nintendo's WiiU show looked good from the start with the announcement of Pikmin 3 and picked up a little bit with the small videos of future third party titles and the ZombiU video. A lot of people thought that the show as bad because of the Nintendoland announcement but I thought it was an average showing. The lack of RPG titles was known throughout this E3 and I thought Nintendo could have capitalized and announced one for the WiiU. I suppose they are saving their big announcements for their own expo in the winter and for the Tokyo Game Show. The 3DS show looks to be good from the short video they showed. I'm looking forward to Nintendo's Second Take.