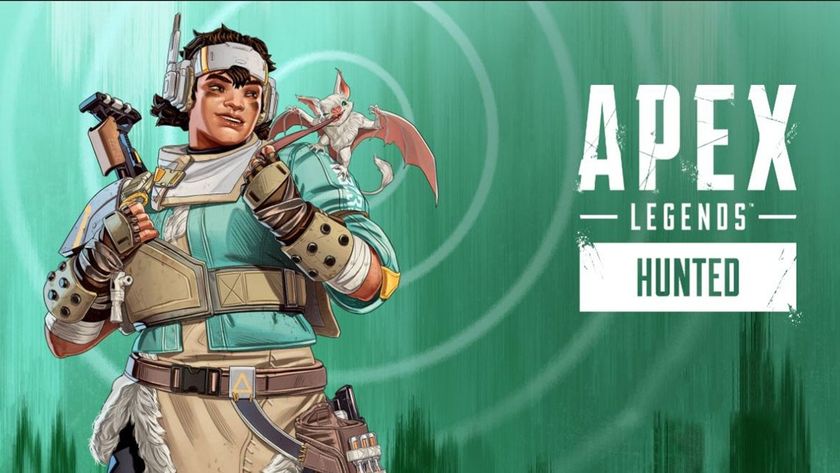 Season 14: Hunted of Apex Legends will launch on August 9.

Respawn Entertainment has introduced the gameplay trailer for the upcoming season 14 of Apex Legends. Aside from showcasing more of what the latest legend, Vantage is capable of, Respawn also brought about plenty of changes to the game. This includes the reintroduction of Kings Canyon back to the map rotation but with new elements added to it.

The weapons and equipment also get a myriad of changes and additions, the most controversial being the gold equipment. Respawn also changed out the supply drop weapons as well as introduced new attachments into the game. Lastly, there is also the level cap increase, which takes the current marker of 500 and raises it to 2,000.

After going out of the map rotation in season 13, Kings Canyon is back in season 14 with some much-needed changes. It features a new POI called "Relic", which will essentially replace Skull Town. It will take its rightful place between Octane’s Gauntlet and Caustic Treatment.

Other POIs like The Cage and Broken Relay will be receiving changes with the latter being renamed "Basin". The overall lighting of Kings Canyon will also be redone, ensuring that it brings a new level of vibrancy to the game. A new sky box will also be added to the game.

With the current level cap set at 500, Respawn has finally announced that it will be increasing the overall level cap to 2,000. Players will have to go through three different tiers of grinding from level one to 500, which will then put your overall level to 2,000. The levels will be represented in-game via new prestige badges that one can receive after completing each tier.

Given the level cap increase, players can now stand to get up to 345 Apex Packs by simply grinding the three tiers to level 2,000. This all but guarantees at least one Heirloom Shard drop, which is needed to craft Heirlooms for a specific list of Legends without having to spend a dime. As most players would already know, by hitting level 500, you are guaranteed an Heirloom Shard drop for your troubles.

Season 14 will see the introduction of a new weapon attachment, laser sights. Specifically designed for pistols and SMGs, the laser sights attachment will replace the barrel stabilizers instead. This ensures that there are some differences from its close cousins, LMGs and assault rifles. While not an optic by any means, it will have a coloured laser at the bottom of your gun barrel, which can be customised in the game's settings.

The laser sights will help to significantly increase hip-fire accuracy, making it perfect for close-quarter engagements. It's essentially the complete opposite of what barrel stabilizers do, which reduces the recoil of your weapon. Only the LMGs and ARs will be able to utilise barrel stabilizers in season 14.

This change was to balance the ammo and weapon distribution, which very much features heavy-class weapons. Moving both weapons away from the heavy ammo category ensures that Wingman players will have to play more carefully when it comes to keeping their ammo supply healthy. This change will hurt Wingman players more though; it has a base six-round capacity - which is raised to nine with an epic or legendary extended mag - that makes it much easier to stack ammo and not feel the pinch when in an extended gunfight.

Aside from the Wingman and Spitfire changing ammo classes, the EVA-8 shotgun will also be receiving some much-needed buffs. It will now come with an increased fire rate while shotgun bolt attachments will increase it even further. It will also now take stock attachments that will reduce aim drift and reload time while also improving handling. It will also be able to utilise the double-tap trigger hop-up.

Both the G7 Scout and the Volt SMG will now be back to floor loot for season 14 and in its place will be the Bocek Bow and the Rampage LMG. They will join the two other weapons in the supply drop, the Kraber .50-cal sniper as well as the Mastiff shotgun.

As for the replicator, both the Wingman and the C.A.R. SMG will go back to being part of the floor loot. Moving into the replicator, which requires crafting materials, will be the light ammo RE-45 auto pistol as well as the energy ammo Devotion LMG.

Both the Double-Tap and Skullpiercer hop-ups will be added to the floor loot when season 14 starts. The double-tap hasn't been seen in the game since season seven as it was usually reserved for the G7 Scout when it was moved to the supply drop in season 11. Now, the EVA-8 will be part of that list, allowing you to fire two shots with a single trigger pull.

As for the skullpiercer, it was removed from the game since season eight but Respawn has finally brought it back and included the 30-30 Repeater onto the list of compatible weapons. It will join the Longbow sniper rifle and the Wingman as one of the weapons able to use the skullpiercer, which significantly increases the headshot multiplier, allowing it to do more damage on precise shots to the head.

We expect Respawn to introduce more announcements in the coming days with season 14 expected to drop in about a week. This also means that you only have about a week left before season 13 ends along with the current battle pass.

Are you excited for Season 14 of Apex Legends?