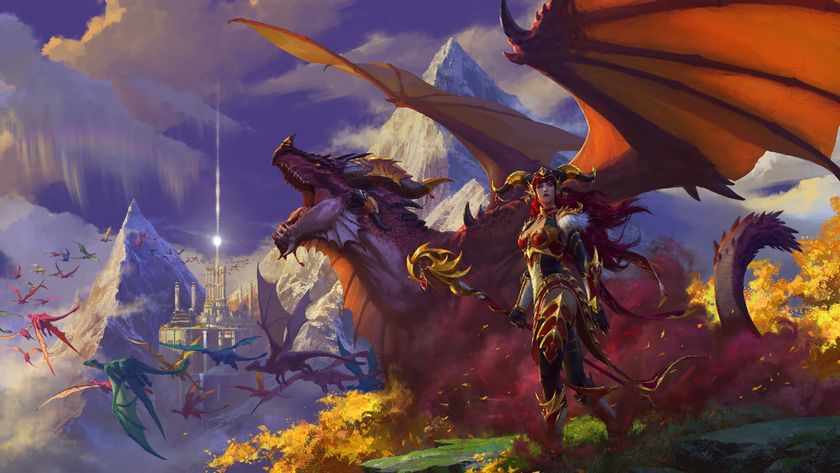 Blizzard Entertainment has unveiled World of Warcraft’s next big expansion and in the words of old-timey maps, there be dragons here. The expansion is called Dragonflight, and it takes players to the mysterious Dragon Isles in Azeroth. In the Dragon Isles, they can learn how to fly dragons, explore different parts of the Dragon Isles and even try out a new playable race.

You might notice a big shift in tone with Warcraft’s latest expansion. Where last year’s Shadowlands expansion took players to the Shadowlands and pitted them against a formidable villain, this year’s expansion seems to focus on exploration above all. It also takes players back to the familiarity that Azeroth represents, after spending so much time away from it last year.

The Dragon Isles are the ancient home of Azeroth’s dragons, only recently uncovered for players to explore. The area is filled with lush wildlife, with environments ranging from forest tundras to spires of ice and snow. The isles are split into four distinct zones for players to explore, and a new starting area in The Waking Shores. The expansion also introduces a new and very customisable playable race-class called the Dracthyr Evokers. Evokers start at Level 58 and can transform from dragon to human. They can also be further specialised to either focus on damage or healing.

Moving through the Dragon Isles’ four zones will require players to partner up with a special dragon companion. The expansion introduces a new Dragonriding skill that can be levelled up over time, which will be quite different from riding the game’s typical flying mounts. The dragons are bringing a whole new flight system to the game, and you can customise them as you progress through the expansion.

Dragonflight also brings a huge talent system revamp to World of Warcraft, with HUD improvements and new crafting and profession systems. Returning players should find big quality of life improvements when the expansion launches. You can check out a preview of these changes below:

World of Warcraft Classic is also getting the Wrath of the Lich King expansion sometime in 2022. This new content will be free for the game’s existing subscribers, and it includes an improved Barber Shop, a boost to Level 70 for anyone who missed out on Burning Crusade Classic and achievements alongside classic content.

Blizzard hasn’t announced a release date for World of Warcraft: Dragonflight, but you can opt into its upcoming beta test here. A beta test is also happening for Overwatch 2 next week.

Would you hop back into Warcraft to fly dragons?