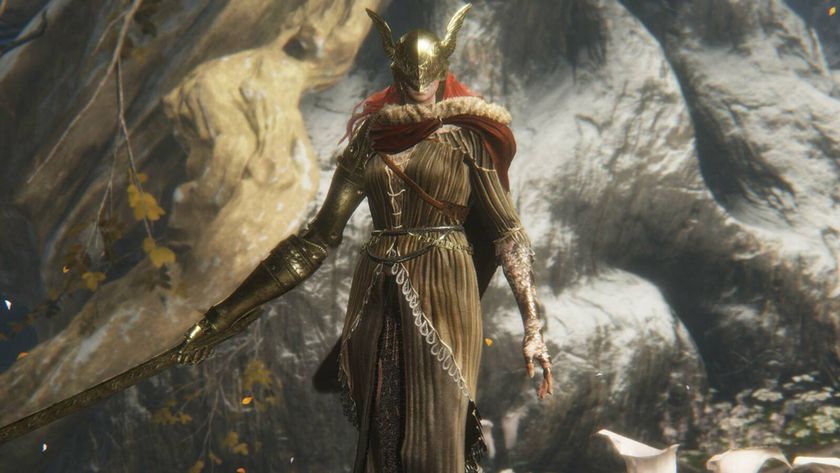 Elden Ring speedrunners are using a clever new trick to bypass most bosses without even fighting them.

Elden Ring speedrunner Distortion2 is at it again, setting a new world record by beating the game in just under seven minutes. With this, Distortion2 has beaten his previous 8:56 world record in the any% speedrunning category. The new record stands at 6:59, shaving off almost two whole minutes from the previous run.

Speedrunning Elden Ring in the any% category simply involves a player making it to the game’s end credits by any means possible. This means that they’re allowed to exploit all manner of glitches and boss skips so long as they hit the game’s ending. Distortion2’s sub-seven minute run involves the use of a ‘zipping’ technique most speedrunners in the category are quite familiar with now.

Zipping is a finicky but extremely useful way of skipping over huge amounts of Elden Ring’s content. To execute a zip, you have to turn the game’s graphical settings all the way down to maintain a stable framerate, and use a metronome (or if you’re not a pianist, a metronome app) to use a blocking stance at 109 beats-per-minute. You hold off for four ticks, and then once you move forward, your character is propelled across the map like a gravity-defying cannonball.

Zipping also has some very convenient side-effects on the game world. Zipping to key locations will force bosses to spawn, but their surrounding arenas to despawn. This results in the bosses falling out of the game world without the player so much as looking at them, allowing them to defeat the game’s mandatory fights swiftly. Distortion2 manages to traipse through the game by zipping from place to place, defeating bosses without fighting them until the credits roll.

The speedrunner is fully aware of how ludicrous this run is, saying in a stream, “That was the most cracked run I've ever had in my life.” The runner still made a few mistakes in this run, which means that a few more seconds can feasibly be shaved off to set a new record. However, Distortion2 has confirmed that for now, he is done speedrunning the game this way until, “new stuff is found.”

How long do you think it'll take for this world record to get beaten?