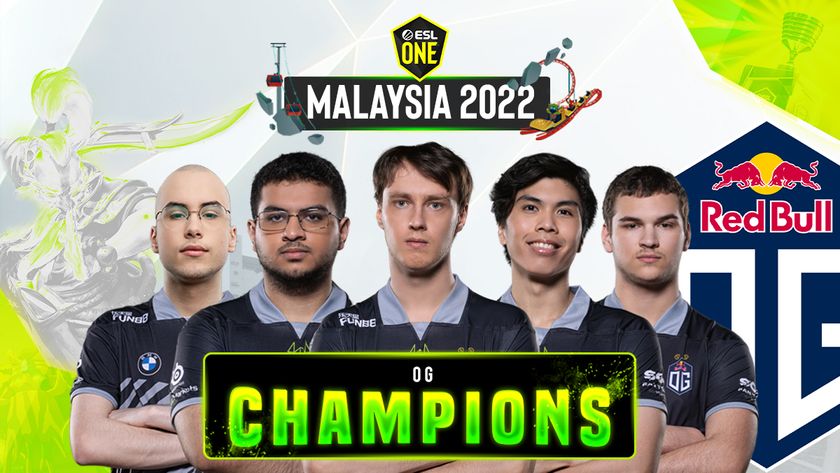 ESL One Malaysia 2022 has come to an end with OG crushing Team Aster 3-0 in a one-sided grand final.

It was a rather long day for OG, who had to crawl their way back into the grand finals through the lower bracket finals. They started the day with a clinical 2-0 over Team Secret, and after a two hours break in the arena between the two series, OG came fully recharged and ready to try new heroes in the grand finals against Team Aster, who only a couple of weeks back finished top 3 at the Arlington Major.

Despite Ammar making such a big difference in game one on his Mars, Aster didn’t feel pressured to ban the hero, and although they tried to counter OG’s aggression with a Winter Wyvern, they still found themselves cornered on their side of the map rather fast.

OG’s testing continued in game two as well, with Chu bringing a position 4 Techies to terrorize Monet’s Phantom Assassin, who had a mediocre overall game. Unfortunately for Aster, even at the past 40-minute mark, when PA was big enough to land a rampage, in a defensive fight on the high ground, they still couldn’t stop the OG power, who bought back on all heroes and returned to the Aster base to end the game moments after Monet’s Rampage.

Heading into the third game Aster decided to first pick the Mars for themselves, but they were not prepared to deal with a very mobile OG line-up and global map presence provided by ATF on Underlord.

ESL One Malaysia 2022 brings OG the second title this year while playing with a stand-in. The next pit stop for them is The International 2022, set to unfold through the whole month of October in Singapore.

Is OG a true contender at the Aegis of Champions in your books?

BoBoKa ahead of ESL One Malaysia finals vs Team Secret: “It feels just like another match”