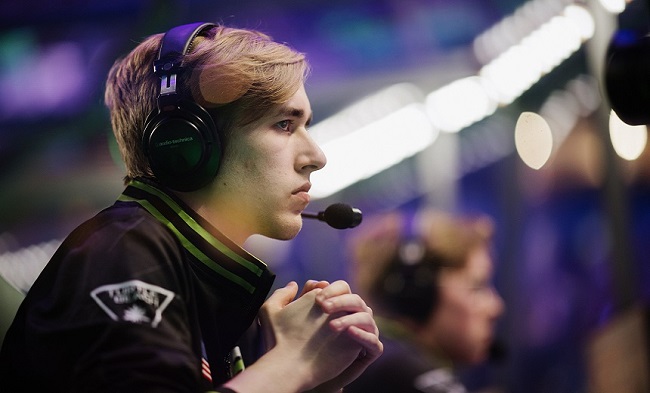 Valve has disqualified Test123 from The Chongqing Major for 'bending the rules' and awarded Thunder Predator the slot for the upcoming Major.

Test123 had taken the first place and slot for the South American region for the upcoming Major in China. The community had their concerns about it since the team was 4/5 North American players and were no longer sponsored by a South American team.

After Peter "ppd" Dager tweeted that Test123 (formerly paiN X) was not living in South America where they were competing, Valve stepped in and made a ruling.

“
We are disqualifying Pain X from the South American regional qualifiers, and giving their spot to the runner-up, Thunder Predator.

Three months ago, we were contacted by Pain X inquiring about playing in the South American qualifiers. They asked if they could participate in them by traveling back and forth to the region to play in the qualifiers, rather than staying in the region. We explained to them that they couldn’t do that. We walked them through our reasoning, and what the purpose of regional qualifiers are, and why we thought that neither we nor fans would consider them an actual South American team.

The reasons for guaranteed spots for each region is because we want to help nurture competitive growth in different regions, as well as have regional representation for fans around the world. We think it’s important for fans to be able to see their regions grow, and their teams compete in global events. A team temporarily traveling to and from a region just to compete in the qualifiers clearly does not provide any meaningful benefit to the region, and harms growth overall. When you are an actual team that lives in a region, you end up practicing with other teams, nurturing the region and growing local fans there. We explained this to Pain X three months ago, and as such, after investigating, we are removing them from the South American qualifiers.

For teams that try to bend the rules on this to gain a competitive advantage over other teams, you run the risk of being disqualified outright. We will always reserve discretion to decide what is in the spirit of the regional goals and what is not. If a team wants to move to a new region completely, they are free to contact us and try to make their case on why they think they will be an actual team in that region going forward.”

Thunder Predator, a team from Peru with a full local lineup, has been awarded the second spot for The Chongqing Major as they had come in third place. With the NA qualifiers already underway, Test123 has no chance to compete in their correct region for a spot at the Major and will need to wait for the Minor qualifiers.

China, Europe, and NA Chongqing Major closed qualifiers are currently through the 30th. Three representatives from all three of the remaining regions will head to The Chongqing Major.

Do you agree with Valve's decision?

Yes of course!
Thank you for voting!
I didn't care much
Thank you for voting!
Cristy “Pandoradota2” Ramadani
Pandora is a behind the scenes Dota 2 professional Jack of All Trades. When not busy with Dota 2 work, she is out trying to save the world or baking cupcakes. Follow her on Twitter @pandoradota2
Share Tweet
1,322 people reacted to this post