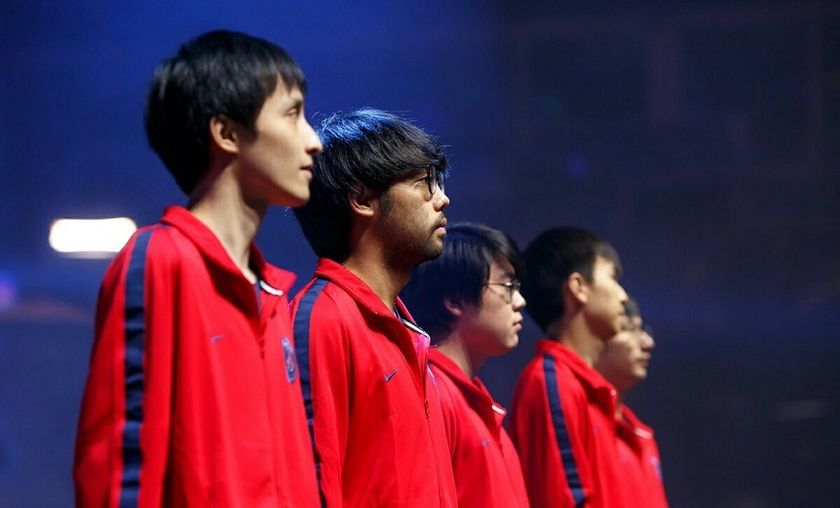 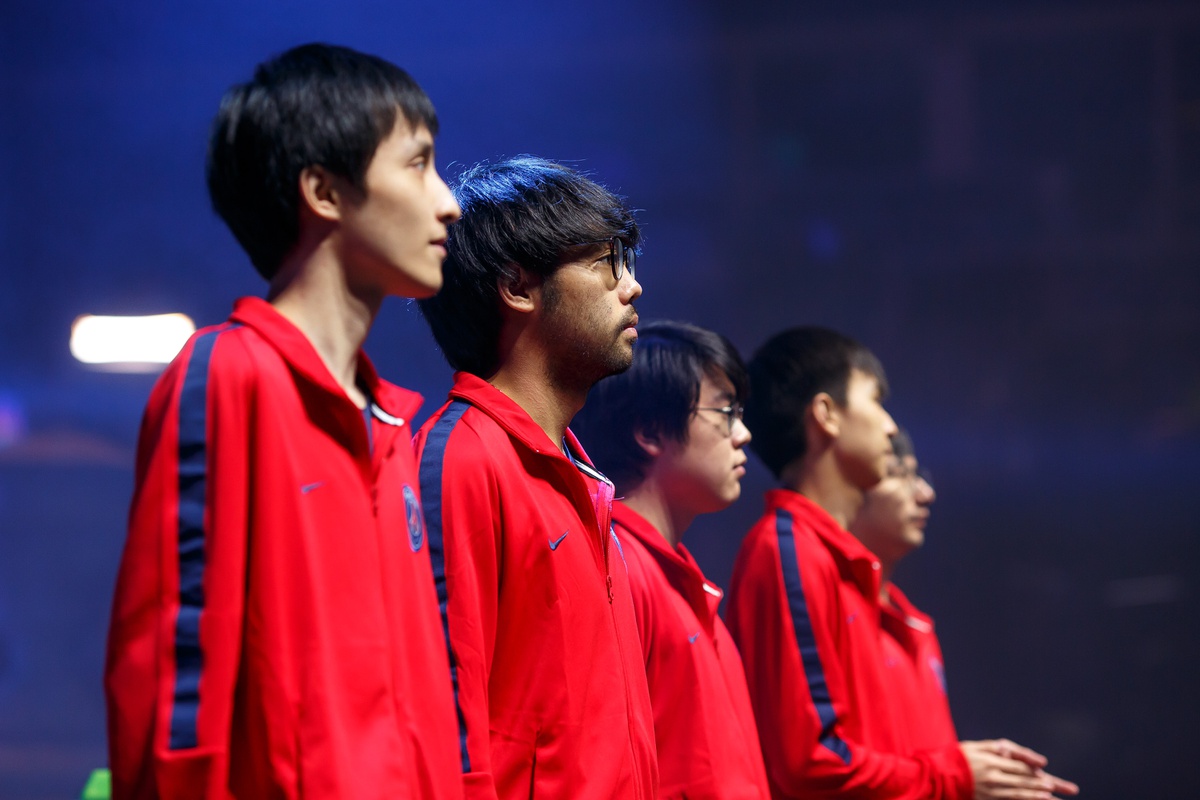 The Chinese powerhouse defeated the TI7 champions and achieved the one goal that had evaded them the whole season.

Fans could not have asked for a better finals day at the EPICENTER XL Major. The stakes were high and the possibilities were endless. Not only that, the three teams left at the tournament were all thirsting for a DPC Major win. Team Liquid and PSG.LGD had come close to this goal previously in the season. FlyToMoon, on the other hand, have advanced this far in a tournament for the first time since their formation. The clear underdogs of the event, they did the impossible and surged past some of the biggest and most successful teams of the season, including multiple Major winners Virtus.pro.

Even though Team Liquid already confirmed their TI8 direct invite yesterday by securing a top-three finish at the event, a Major win is the one thing that has slipped past the TI7 winners. PSG.LGD was also clearly desperate for a win, as they were yet to win a LAN event despite climbing up the ranks into the top 8. A Major championship is the one thing that Chinese teams could not boast of, until today.

Liquid rounded out their draft for the first game with a greedy Anti Mage for Amer "Miracle-" Al-Barkawi. The pick did not work out as a Bounty Hunter to gank him, a Doom to shut him down in the lane and a Storm Spirit to zap in on him from across the map made sure he was never strong enough to man-fight them. The one-sided affair ended with the CIS squad boasting twice the number of kills compared to the EU giants.

The second game put the world champions in a state of high alert, as they almost got knocked out by the underdogs of the tournament. FlyToMoon gained a significant net-worth advantage and held on to it for a long time, but faltered and lost it all, thanks to Lasse Aukusti "MATUMBAMAN" Urpalainen's Visage. The underrated player on Liquid gave a surprising performance on a hero he is not known to play very often. Liquid returned to stable, safe and practiced heroes in the deciding game, making it very hard for FlyToMoon to fight them. Although Bogdan "Iceberg" Vasilenko's Shadow Fiend was able to recover from an abysmal laning stage, it wasn't enough to advance them to the grand finals.

It is unfortunate FlyToMoon couldn't advance to the grand finals of the tournament, despite their very admirable and unexpected run at the event. A Major win would have bolstered them to the top 8 of the DPC rankings with a potential confirmed TI8 invite. Since they haven't qualified for any other events in the season, they will now have to battle it out in the open qualifiers of The International 2018.

LGD made the bold move of picking a Morphling for Wang "Ame" Chunyu in the opening phase of the first game's draft, something that cost Liquid their last series against LGD yesterday, and ultimately sent them to the lower bracket. Although they managed to punish him with their multiple lockdowns and massive magical burst damage, he performed tremendously well. In a game-changing play against Liquid, who attempted to siege two lanes of barracks after a successful teamfight, he essentially won them the game. Morphing into the Gyrocopter and using Flak Cannon to spread his attack damage to all surrounding enemies, he single-handedly killed four heroes and defended their base.

Liquid showed no signs of fear in the second game, as they brought out some new strats despite being a game behind. Reviving the Drow Ranger from the dead and picking Amer "Miracle-" Al-Barkawi's signature hero Invoker, they bet all against the odds. The result was a disaster of a laning phase for the Drow, who is notorious for being very susceptible to ganks. However, once he had an Aghanim's Scepter in hand, the Invoker demolished them in teamfights, surviving at a sliver of HP every time.

The third game in a best-of-five series is often the most significant and impactful on the result as a whole. It plays a crucial role in the confidence and temperament of the players, as a team winning the game is only one short of claiming the championship. Liquid went for a last-pick Invoker once again, confident in the player's prowess on the hero. It seemed to work out as they took a lead in the early game and managed to get a great amount of farm on both their main cores.

In a baffling and unprecedented turn of events at the Roshan pit, all hell broke lose. Liquid's attempt at securing the Aegis by capitalising on a kill did not go as planned. Dying and buying back on four of their heroes, they secured the Aegis but at a heavy price. To compensate for it, Ame died, bought back and died again on his Phantom Lancer in an attempt to salvage something, but ended up making a mistake that seemingly sealed the deal on their loss. To everyone's surprise, LGD managed to teamwipe Liquid despite losing two lanes of barracks just as they attempted to retreat. With no buybacks left, Liquid could do nothing but watch their opponents march straight down the middle lane and destroy their Ancient.

While LGD stuck to the meta picks and signature heroes, Liquid continued to show off their versatility in the fourth game, this time with a core Kunkka for Miracle. Right from the start, it was clear that they were outdrafted. While Yang "Chalice"' Shenyi's Doom nullified the impact of one hero on Liquid at the start of every teamfight, the rest of LGD's heroes remained tanky or elusive. With LGD taking advantageous trade after trade, Liquid struggled to keep up in what was clearly an uphill battle for them. With a final showdown in the Dire base, Liquid fought to the bitter end before calling out the "GG" and waving the white flag.

By becoming the first Chinese team to secure a Major Dota 2 championship, PSG.LGD have now climbed up to fourth place in the DPC rankings with 4071 points. Although they have not mathematically secured a direct invite to TI8, the likelihood that they are kicked out of the coveted spot is extremely unlikely. However, other Chinese teams, namely Newbee, Vici Gaming and VGJ.Thunder, sit on the precipice as the coming Majors are likely to force them out unless they step up their game. 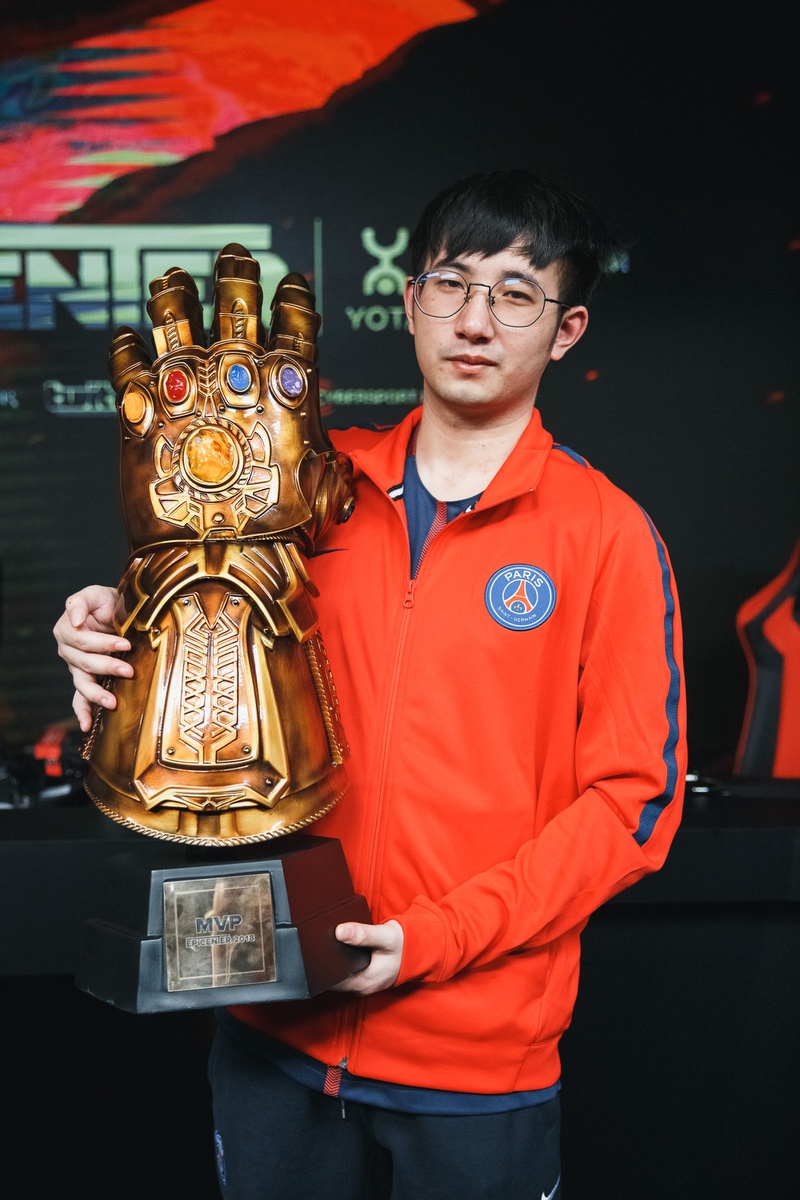 Xu "fy" Linsen's name is well-known among Dota fans, even those who don't closely follow the Chinese teams and players. His wide hero pool, timely plays, fast-handed mechanical skills and high game impact earned him the coveted MVP of the tournament award, with a fancy trophy to boot.

Did you expect LGD to win the grand finals today?