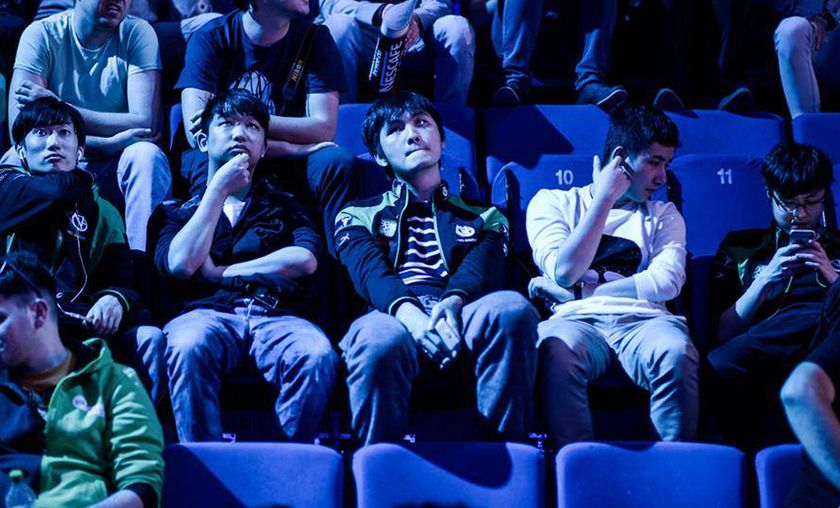 Only four teams remain in the race of StarLadder XII, after the elimination of both Team MY and Alliance from the competition. Invictus Gaming and ViCi Gaming will cross their swords for the first Grand Final spot, while Team Tinker and Cloud9 will fight for their own survival in their Lower Bracket match.

The European and SEA fans both have a reason to be upset, as Team MY and Alliance are no longer in the competition. The West now relies on the two remaining representatives, Team Tinker and Cloud9, who will now have to face each other for a spot in the Lower Bracket finals. On the other hand, the first Grand Final spot will certainly go to a Chinese team, as Invictus Gaming and ViCi Gaming dominated their way to the Upper Bracket final. In a match that seems to be the new Chinese 'el clásico', the two giants will now have to use all their knowledge and experience to secure at least the second place in StarLadder XII.

VG and iG have yet to drop a game in StarLadder XII, as they have both managed to go through their Upper Bracket games undefeated in dominant fashion. However, after this series, one of them will not only have to drop their first match, but their first series as well. Who will manage to maintain their winning streak and advance to the Grand Finals? Only time will tell.

ViCi Gaming went for a surprising Gyrocopter selection for Hao, despite the hero's low winrate in the competition. iG responded with their signature Queen of Pain and Axe pickups and the Juggernaut for BurNing. The first quarter of the game seemed to favor Invictus Gaming, mostly due their heroes being less item-dependent compared to their opposition. However, two consecutive bad fights by minute 23 and 27 allowed VICi Gaming to get a very sudden lead. This small advantage proved very costly for iG, as a pickoff against BurNing two minutes later created an opening, which VG abused to destroy the bottom barracks. Maintaining their calmness, iG continued their pursuit for objectives and responded to VG's aggression, successfully protecting their base for several minutes. Nonetheless, BurNing made a crucial mistake with an unnecessary buyback by minute 37, which proved disastrous for his team, as his death a minute later allowed VG to destroy both the middle barracks and the Radiant Ancient without contest.

IG opted for a very aggressive nuke-based strategy built around the Shadow Demon - Kunkka support duo. Their smart picks worked very well against both Hao and Super, as they were shut down pretty hard during the laning stage. With Super's Blink Dagger severely delayed and Ferrari boasting a 7k networth by the 10th minute, iG turned the game into an utter stomp, a reminder of their second game against Alliance yesterday. Once again, iG showed that they know how to face Troll Warlord, no matter how strong he is in this meta game.

ViCi Gaming decided to use two of their old friends, core Tidehunter for iceiceice and Quas-Wex Invoker for Super, along with Phantom Lancer for Hao. iG responded with their all-time favorite Templar Assassin, combined with Troll Warlord and Spirit Breaker. From the very first minutes of the game, VG made a display of dominance, winning every lane very convincingly. Both 430 and BurNing were given very little breathing space, with continuous assaults in the middle lane and Dire jungle. The continuous successful teamfights allowed ViCi Gaming to build a ridiculous gold advantage, and even Fy's Crystal Maiden had a higher networth than all of iG's heroes. Unwilling to continue in this rather humiliating game, iG called the GG before the 20th minute, giving the series a rather awkward ending.

This is the second time these two teams meet each other in the offline finals of StarLadder XII, as they also met yesterday in the Upper Bracket. However, the nature of this upcoming match is surely different, as these two teams are now very tired and fighting for survival. It will not only be a battle of skill but also a battle of will, as the players C9 and Team Tinker will now have to use all their remaining strength to grab one more victory and continue their run in the competition.

Cloud9 gave us a taste of old times with a pushing lineup based on EternalEnvy's Lycan and FATA's Beastmaster. While the strategy is rather unusual for 6.83, it seemed to work very well against Team TInker's four-protect-one selections. With well-timed pushes and overwhelming aggression, Cloud9 managed to destroy all their opponent's outer towers by the 26th minute. Thanks to bOne7's Spirit Breaker, EternalEnvy and his gang controlled Black^'s Sniper rather well, taking down in most important teamfights without issues. After a while, it was obvious that Team Tinker's core Axe and Clockwerk were unable to provide the necessary firepower to turn fights around once Sniper was dead, a disadvantage that Cloud9 abused multiple times to grab a very convincing victory against the Americans.

Following the trends of StarLadder XII, Cloud9 went for a 4-position Night Stalker for BigDaddy, a pick aimed to provide both space and map information to their core Magnus-Juggernaut duo. BigDaddy did that, and much more. Using their high mobility and long range CC, bOne7, BigDaddy and MiSeRy unleashed their fury on qojqva's Storm Spirit, shutting him down completely and driving him away from his lane. Team Tinker's passive playstyle gave them little hopes for a comeback, as EternalEnvy's Juggernaut grew stronger by the minute. It only took 26-minutes and a well-placed Omnislash for Cloud9 to finish the game, stomping their way to the Lower Bracket finals against Invictus Gaming tomorrow.

Andreas “drouks” St
There's really not much to say about Andreas 'drouks' Stavridakis, except that he sleeps two hours a day, plays the guitar and survives solely on Diet Coke. He also writes about DotA sometimes.
Share Tweet
5 people reacted to this post