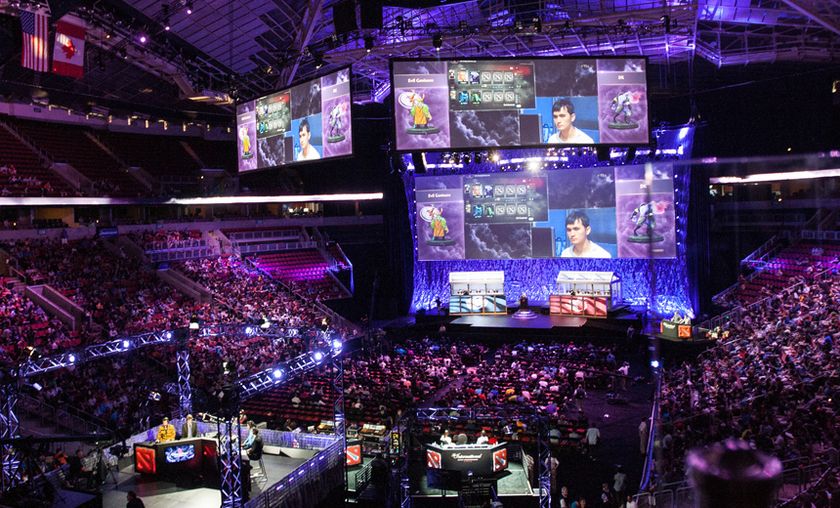 Answering the calls for a change in the competitive scene, Valve will be hosting three more major tournaments throughout the year together with The International. These events will take place at different locations around the world, and the teams that wish to participate must have the required roster stability.

Ever since The International 4, the community has been raising questions about the future of competitive DotA2. Players and personalities alike believed that the lack of Valve's supervision over the teams and tournament organizers resulted in different unpleasant phenomena such as the tournament saturation and the endless CIS reshuffle. Nonetheless, it seems that Valve has decided to take action and introduce a new year-long tournament system to combat these issues once and for all.

According to the company's latest blog post, three more Valve-sponsored events will take place throughout the year with the help of third party organizers. These tournaments, called Majors, will be held at various locations around the globe, and they will be Independent from The International. While no dates have been announced yet, we know that the first Major will take place this fall.

The teams that wish to participate in the Majors will have to follow Valve's regulations regarding roster changes. These squads will be allowed to modify their lineup during selected periods before and after the Majors, but any transfer outside these time windows will most likely result in a temporary ban from Valve-hosted tournaments.

Besides the introduction of the Majors, Valve officially confirmed that 6.84 will come next week, along with the Compendium for The International 5. You can read the full blog post here.

Andreas “drouks” St
There's really not much to say about Andreas 'drouks' Stavridakis, except that he sleeps two hours a day, plays the guitar and survives solely on Diet Coke. He also writes about DotA sometimes.
Share Tweet
54 people reacted to this post