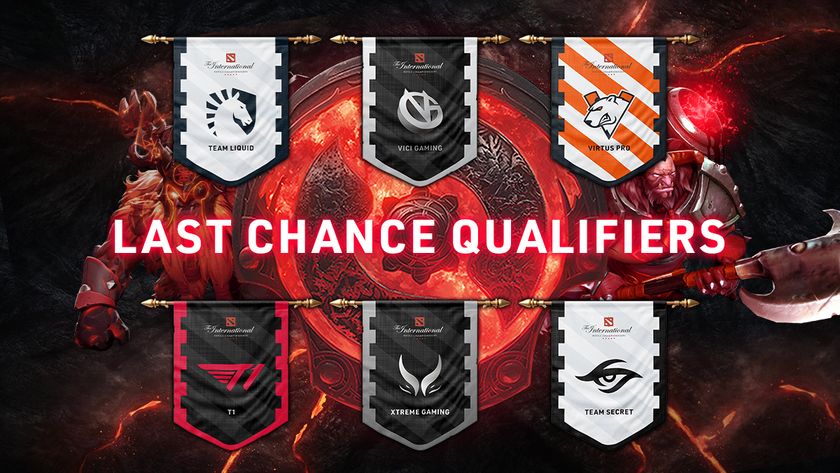 For the first time in 11 editions, The International will start this year with what can be regarded as a mini TI to warm up both the teams and the fans.

The Last Chance Qualifiers (LCQ) are set to begin next Saturday, the 8th of October with 12 teams from six different regions coming down to Singapore to play on LAN for the final two spots into TI11. The participating teams are those who fell short in their respective regional qualifiers for TI11 by placing second and third.

While TI had something similar for the 2014 and 2015 editions with the Wild Card leg of the competition, those are not quite close to what LCQ paints to be.

To begin with, the Last Chance Qualifiers feature teams and players that a few years ago nobody would have even dared to think wouldn’t make it to TI, and this is why we look at the LCQ as a mini TI or a Major of some sorts with huge stakes.

Out of the 12 teams set to battle for the final 2 slots at The International 2022, six stand out due to their legacy in the Dota 2 field or by the high profile players on their rosters.

While no teams will be eliminated in the group stage of the LCQ, finishing in the top four is extremely important, as it gives the teams an upper bracket seed, an “extra life” in what will be their truly last chance to join the TI11 line-up.

Judging by their performance at the last few TI editions (top 6 at TI8, top 4 at TI9, top 3 at TI10), the expectations were very high for Team Secret this year. However, despite the top 3 achieved at TI10, Team Secret couldn’t dodge the post TI shuffle and had to enter the 2022 DPC year with two new additions to the team.

Unfortunately for them, signing Syed "SumaiL" Hassan at the beginning of the DPC run didn’t yield the results they were aiming for and the early troubles in the safe lane seemed to have followed them for the entire year. On top of that, Secret’s offlane wasn’t experiencing any sort of chemistry between Yazied "YapzOr" Jaradat and Daryl "iceiceice" Koh and that was another factor in why Secret couldn’t qualify for any Majors in 2022.

Overall, for the majority of the year, Clement "Puppey" Ivanov had to sort out how to make a roster work with four very greedy players.

Removing SumaiL was the first step, but bringing in Remco "Crystallis" Arets didn’t quite fix the issues overnight and the troubles continued. Due to concerning health issues, YapzOr had to step down from competitive play and that forced Team Secret to play with a stand in the last Tour of the DPC, where they were one game away from qualifying to the Arlington Major.

With YapzOr stepping down, Secret brought in Baqyt "Zayac" Emiljanov, who also found zero chemistry with iceiceice in the offlane. The final puzzle piece that seems to have truly revitalized Team Secret is Roman "Resolut1on" Fomynok.

Reso joined the team after the DPC concluded and although his first appearance in the Team Secret jersey, at Riyadh Masters, gave a lot of hope, the time to fine-tune what was basically a whole new team for the TI11 regional qualifiers, was too short. But, in the two months and a half between Resolut1on’s first game in Riyadh and the Last Chance Qualifiers, Team Secret have most likely found the time to make the current roster work at its highest potential.

In fact, if anyone can make a miraculous run from the Last Chance Qualifiers to the grand finals of TI11, Team Secret are without a doubt the safe pick for that.

However, their mission won’t be as easy as it might look. The Last Chance Qualifiers are pretty stacked, and there are several other teams that can put an end to Puppey’s streak of 10 years of The International appearances.

Much like Team Secret, Xtreme found out right from the start of the DPC that their side lanes are struggling and in early January this year they changed both their carry and their offlane players. After Lou "lou" Zhen and Ren "old eLeVeN" Yangwei joined the team, Xtreme went on placing top three in all tournaments that they participated in this year, including promoting to Division 1 in the first Tour of the DPC, followed by second and third place finishes in the Spring and Summer tours.

However, nobody was able to see Xtreme perform outside their region this year due to the lockdowns and travel complications from China given their COVID situation. They placed second in the second DPC Tour, but then none of the Chinese teams was able to travel to the Stockholm Major and instead they played a regional final where Paparazi and co finished third.

Bad luck followed Xtreme in the third Tour as well and after qualifying for the Arlington Major, they faced visa issues for their carry player and chose to forfeit their spot entirely in order to avoid any potential travel mishaps when returning from the Major. Unfortunately for them, the regional qualifiers ended with a 3-0 beat down from Royal Never Give Up, who sent them to the LCQ.

Given their rather strong showings on domestic battles through the whole year, Xtreme Gaming should be considered one of the main contenders at one of the two LCQ spots into TI11.

Anything can happen in Dota 2, including seeing one of the most unconventional carry players retiring for a whole year and then coming back to competitive play mere weeks before TI for one more adventure.

Anathan "ana" Pham is at his third return from retirement. The first two times he did it for OG, he ended up claiming the Aegis of Champions. This year he is aiming at the same feat, but with the Southeast Asia representative, T1. He joined the team right before the SEA regional qualifiers for TI11 along with Topias "Topson" Taavitsainen, his former OG teammate.

With almost no time to develop a fully fledged game plan and playstyle with ana and Topson on the team, T1 seemed to have relied fully on these two players’ skill and capacity to think outside the box. They played some of the most overpowered heroes of the 7.32b meta, but no Marci or “carry” Undying could grant them the ticket straight into the TI11 group stage. They exited the SEA regional qualifiers in third place, being sent to LCQ by Polaris Esports.

Both Undying and Marci have been hit by the nerf hammer in the recent 7.32c patch, so most likely ana won’t be keen on experimenting with these two in Singapore as well. Nonetheless, his adversaries should expect nothing but more unconventional picks from him.

Interestingly enough, through the past week, ana has played 23 Mirana and 24 Enigma games, mostly in the offlane. This could mean that either he might try some offlane matches in the LCQ or that he is looking into every possible details for these two potential matchups against him in the safe lane. Either way, with ana and Topson on another quest to the Aegis, T1 is definitely the team to watch in the Last Chance qualifiers.

Virtus.pro went a full circle this year. They started the year with a full roster of youngsters inspired and fueled by the Team Spirit story at TI10, went through a PR disaster when the Russian invasion of Ukraine began, got disqualified from the DPC in the second tour and lost their carry player to another drama tied to the war, lost what everyone thought it was a guaranteed spot at TI11 to a discrepancy on how the community thought Valve is calculating the DPC points and regrouped under their initial name for a last push in the Last Chance Qualifiers.

After kicking Pure, who by now is regarded as a top 3 carry heading into TI11 with Entity, VP, Outsiders at that time, didn’t register any disruption in their performance and went to the Arlington Major as the top seed team of the Eastern Europe region. They were regarded as one of the main contenders for the title, but finished just top 6 at the last Major of the year, which initially was believed to be enough to qualify for TI11.

When Valve made their calculation and pushed Outsiders just under the line in DPC points, the team failed to show its full potential in the EEU Regional qualifiers, and while their fans still have high hopes for this team in the LCQ, their mission is not as easy as one may think. The top 6 finish at the Major and the 0-3 defeat in the Regional qualifiers in front of BetBoom Team, revealed a VP that is not willing to take risks in their overall approach to the game or adapt to what the opponent team is bringing to the table.

After a top six finish at TI10, Vici Gaming found themselves once again having to rebuild a roster from scratch. Four out five of their players ended up going to Xtreme Gaming, which will make the LCQ battle between these two teams in Singapore pretty interesting to watch based on this fact only. The roster dilemma for VG turned into a real nightmare that kept them behind the entire DPC year. They swapped players in and out each DPC Tour, managing to dodge relegation until Tour 3, when everything seemed to have fallen apart.

Vici Gaming is one of the only two teams that will take the trip to Singapore for TI11 while also being a Division 2 team. It would be a true Cinderella story if somehow they find their stride against competitors outside their region and deliver a run to the finals days at the biggest tournament of the year only to start the next DPC from Division 2.

But, anything is possible in Dota and what could make the difference in the Last Chance Qualifiers for VG is their latest addition to the roster, Pan "Fade/Frisk" Yi and what reuniting him with Zhou "Yang" Haiyang can produce.

All the current VG players are more than hungry to prove themselves when it matters the most and that alone should make VG a fierce opponent, one that is now ready to show its teeth.

From all the rosters heading to the Last Chance Qualifiers, the Team Liquid line-up is by far the most established one.

As one of the few teams that weren’t interested in bringing fresh blood to their roster, Team Liquid struggled to stay afloat through almost the entire year. However, what seems to keep them limping behind is not a reluctance at following the meta trends or how the game is played nowadays by the young generation. What seems to be lacking for them is the fire the youngsters have been able to bring this year to the competitive Dota.

TI11 should be the “one last ride” for Lasse "MATUMBAMAN" Urpalainen, who could end his career by lifting the Aegis of Champions for the second time. But, unfortunately, the shape Team Liquid displayed through the DPC year is far from what it takes to archive the ultimate goal in Dota 2, and until then, they have to survive the LCQ battle first.

Will any of the LCQ winners make it to the final days at TI11?