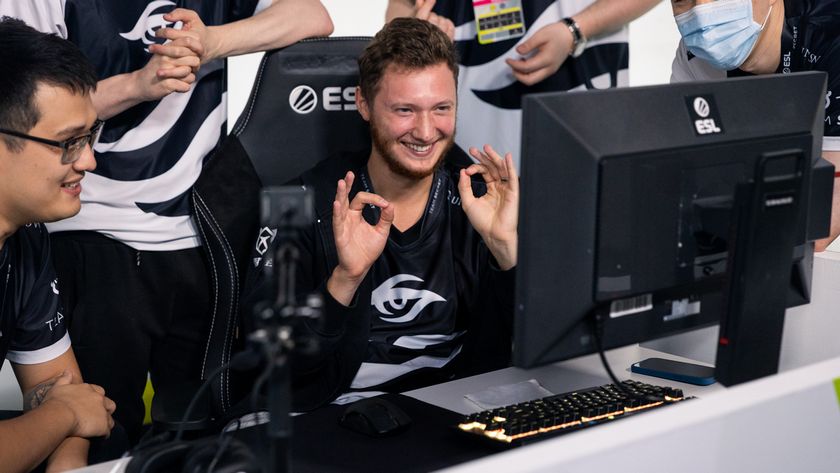 There is just one player left in the competition at ESL One Malaysia 2022 who has won the title in Genting at a previous edition, and he looks to lift the trophy once again by making a comeback from the lower bracket finals.

Roman "Resolut1on" Fomynok has recently returned to the competitive scene after a one-year break. He made his return last month by standing in for Team Secret at the Riyadh Masters and immediately after the event he became a full member of the team. Both Riyadh Masters and ESL One Malaysia act as a much needed practice ground for him and Team Secret, who are poised to take the regional qualifiers road to The International 11.

This year, the TI Western European qualifiers are extremely stacked, Team Secret, Nigma Galaxy, Entity, and Goon Squad, all being strong contenders to claim the sole ticket to Singapore. With that in mind, we had a brief talk with Resolut1on on the first day of ESL One Malaysia main event.

We talked about the team’s target in Genting, where Reso says he came to defend the title that he won in 2017 with Digital Chaos.

We touched on the preparation for TI11 qualifiers, the new patch, its impact on the team’s performance at the tournament, which hero strikes him as rather overpowered and how is to finally be back on LAN after two years of exclusively online competitions.

Team Secret have already secured a top 3 finish at ESL One Malaysia and are set to open the finals day in Arena of Stars from Genting Highlands with the lower bracket finals series against OG.

Will Team Secret bounce back from the lower bracket final?

BoBoKa ahead of ESL One Malaysia finals vs Team Secret: “It feels just like another match”