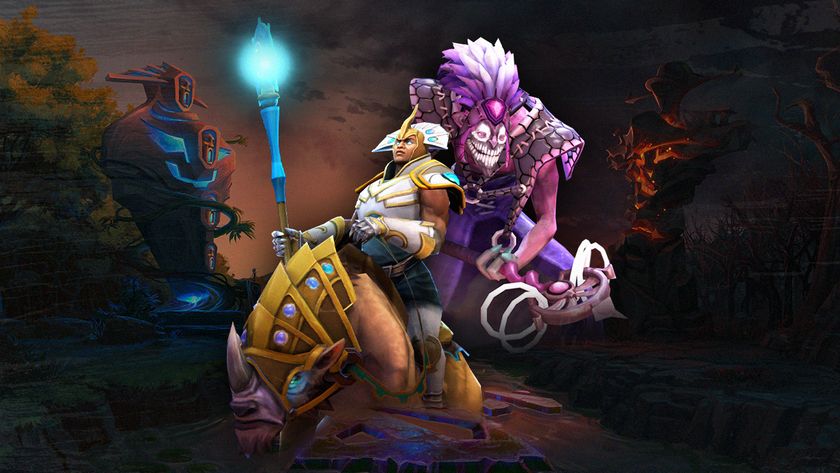 Top 5 supports in pubs from the first month of Dota 2 patch 7.31d

We take a look at the top 5 supports making waves in high level pubs during the first month of the meta that has evolved around Dota 2 patch 7.31d.

Dota 2 patch 7.31d has well and truly settled, and pub games, as well as professional games, have reflected the changes based on what the patch has brought with it. A few days ago, we took a look at the top 5 cores in pubs from Dota 2 patch 7.31d. Here, we take a look at which supports have been having a good time in top tier pubs since the release of Dota 2 patch 7.31d.

The heroes have been picked as the best performing ones from the Divine and Immortal brackets. This data is as per Dotabuff and has been analyzed for the past one month, so it well and truly reflects the games from patch 7.31d only. The choice of heroes has been made from a combination of high pick rate and high win rate heroes.

A good chunk of the list is based on one change in the 7.31d patch – Healing Salve duration being halved on allies. Supports endlessly salving their carries in the laning stage was something many professional players had an issue with, and the change that dealt with it shook up the entire support meta.

How long has it been since Dazzle has been a meta pick? Too long! Definitely more than two years. With Healing Salve being nerfed, healing supports are back in contention again, and the Shadow Priest is one of the supports that are in hot contention.

But it isn’t just Dazzle’s healing that has brought him to the fore, it is also his Aghanim’s Shard. The Poison Touch Aghanim’s Shard Hex duration was 1.25 seconds when initially introduced, but has risen to 2 seconds through two buffs to the ability. According to Dotabuff, Aghanim’s Shard is Dazzle’s most purchased item in pubs last week, and it is for good reason. Poison Touch is a 2 seconds AoE disable with a 15 second cooldown, which is absolutely insane! In comparison, Tidehunter’s Ravage is a 2.8 second stun with a 140 second cooldown.

Dazzle also has a lot of versatility in lane – he can either max out Poison Touch or Shadow Wave depending on how the lane is going. In an aggressive lane, Poison Touch can be maxed out to put pressure on the enemy. In a lane where the carry needs to play it safe, Shadow Wave is the skill of choice to be maxed out first. This also gives him the ability to play as a position 4 or a position 5 support.

Winter Wyvern has received slight buffs in the last few patches. Though no changes were made to her in patch 7.31d, the ascension of healing supports has made her a good choice for this meta. Like Dazzle, Winter Wyvern doesn’t have a fixed skill build and can adapt as per the laning situation to either be more aggressive or defensive.

Marci does not have the highest of win rates in top tier pubs, but she sure has a very high pick rate. A few buffs have gone her way in the last few patches, but more than anything, her addition to Captains Mode has made her a popular choice once again at the highest rung of Dota 2. According to datDota, since patch 7.31d dropped, Marci is the fourth most picked hero in professional games, with a win rate of 51.68% in 238 games and is being played as both, a position 4 and position 5 support.

In three of the last four patches, Enigma’s Eidolons have received decent buffs, including less experience and gold going to the opposition from the Eidolon’s dying. Enigma is mostly played as a position 4 support, because of his ability to harass the opposition carry with Eidolons. Since Dota 2 patch 7.31, they have more range, reduced attack point, give lesser gold and XP and have more magic resistance! Understandably, Demonic Conversion got nerfed in patch 7.31d, but it is still a very strong ability, especially if there is no natural healer in the opposition lane.

We finish as we started – with a healing support! Of course, in Chen’s case, his healing doesn’t begin in lane, but Hand of God has received significant buffs. Along with that, Chen is also one of the few heroes that possess the ability to control the stronger neutral creeps introduced to the game in Dota 2 patch 7.31. Chen might not have the highest pick rate, but he has the highest win rate amongst supports.

The honorable mentions have two heroes with very high pick rates. However, Pudge and Dawnbreaker are hardly played only as supports in pubs. Both heroes are often used in multiple positions, so it’s hard to decipher what their best position is. However, both of them are played as supports this meta, and seem to be doing well.

Is there good diversity in the support picks of Dota 2 patch 7.31d?