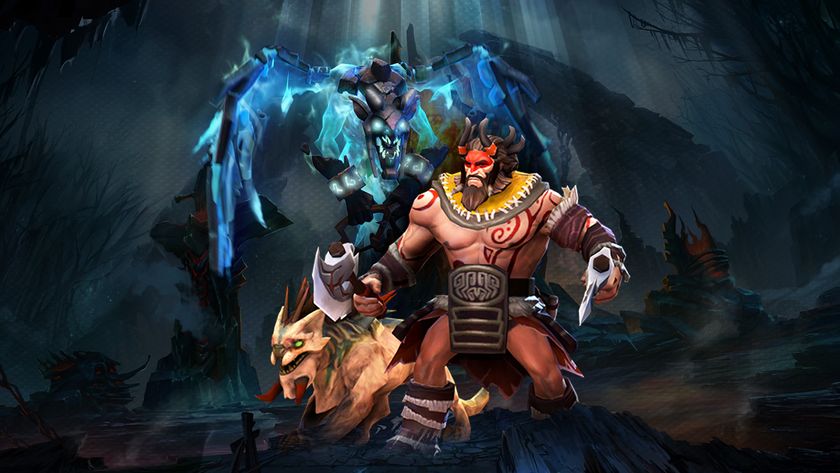 We take a look at the top 5 cores making waves in high level pubs during the first month of the meta that has evolved around Dota 2 patch 7.31d.

A month ago, Dota 2 patch 7.31d was released after the end of the ESL One Stockholm Major. Patch 7.31d was a slight disappointment as most in the Dota 2 community expected patch 7.32 to drop with big changes. But although it wasn’t the biggest of patches, patch 7.31d did rotate some of the top tier heroes played in pubs and professional games.

Here, we take a look at which cores have been having a good time in top tier pubs since the release of Dota 2 patch 7.31d.

The heroes have been picked as the best performing ones from the Divine and Immortal brackets. This data is as per Dotabuff and has been analyzed for the past one month, so it well and truly reflects the games from patch 7.31d only. The choice of heroes has been made from a combination of high pick rate and high win rate heroes.

Visage has been a rising star in the mid lane as well as offlane since the advent of Dota 2 patch 7.31, in which he received a few buffs. Actually, it can be traced even further, to Dota 2 patch 7.28, where his Aghanim’s Scepter and Aghanim’s Shard were reworked to the strong ones he has now.

Visage was untouched in the first two balance patches following 7.31, and received a very small nerf in patch 7.31d, but his popularity comes from other factors like versatility in position and in item builds. According to Dotabuff, over 42% of Visage’s pub presence is in the mid lane, but in professional games, he is played more in the position 3 role in the offlane. In a few of the games, the hero can also be played as a support, throwing the opposition's reading of the game for a toss.

Visage offers a strong early game, and is a great carrier of team fight items like Wraith Pact and Boots of Bearing. So even as his burst potential wanes towards the later part of the game, there is a lot the hero brings to the table besides stuns and slows. The hero has the highest win rate in top tier pubs, but the tricky part is playing Visage. While players at the top of the ladder are good with micro and the plethora of actions to carry out while playing Visage, picking the hero without any practice just because he is strong in the current meta could have disastrous consequences.

Juggernaut is the core with the highest pick rate in top tier pubs for Dota 2 patch 7.31d. The weird part is, the hero was untouched in patch 7.31d, but he has still managed to skyrocket to the top of the picks, while maintaining a decent win rate. There are two possible reasons for this. The first one is that throughout the ages, Juggernaut has been a reliable carry pick. There is no out and out counter to the hero that can render him useless. But the big reason is that Healing Salve got nerfed.

Healing Salves only heal for half the amount of allies as compared to pre 7.31d, so who does that favor? Healing supports, and in this rate case, a position 1 hero with an AoE heal! The cherry on top of the cake is, Black King Bar also got nerfed, and Juggernaut has an inbuilt magic immune ability. So more than hero changes, it is nerfs to certain items that have propelled Yurnero to the fore in Dota 2 patch 7.31d.

Tiny was one of the most contested heroes at The International 2021 (TI10), and for good reason. The hero was extremely strong, and for the most part, has only seen nerfs thrown his way since then. But like Juggernaut, it is an item that has saved Tiny from being banished to the nether realms. The item in question in the Stone Giant’s case is Aghanim’s Shard.  When it was first released in Dota 2 patch 7.28, Aghanim’s Shard wasn’t purchasable till the 20th minute. Patch 7.31 brought that down to 15 minutes, and one of the heroes who has benefitted the most from it is Tiny.

For a carry Tiny, the major power spike has always been getting the Shard, which gives him infinite hits with Tree Grab. Having that power spike 5 minutes earlier in the game has made an enormous difference for carry Tiny. Tree Grab at level 4 gives him 100% cleave, so it isn’t just a boost in his team fight ability, but also his farming ability. Until that aspect of the game is nerfed in some way, Tiny will continue to be a popular carry or mid hero.

Dota 2 patch 7.31 brought a lot of changes to Puck, with some buffs and some nerfs, and then a few small buffs again in patch 7.31b. Puck hasn’t seen any massive changes in recent times, but it has been a comfort hero in the mid lane for more than a few patches now, which has carried on into patch 7.31. Puck is one of the more reliable tempo controllers, and with a small buff to Dream Coil and a new talent from patch 7.31, has Dream Coil cooldown brought down from 80 seconds to 65 seconds, which has made it a stronger team fight hero. Puck doesn’t really have an insane win rate, but its pick rate is second only to Storm Spirit in top tier pubs.

Also for a hero like Puck, who has a decent base intelligence of 23 and a pretty good intelligence gain of 3.5, the recent change to Null Talisman is an advantage. The hero has a good amount of maximum mana, which is further enhanced by the +3% Max Mana from Null Talisman.

The beasts in the jungle (neutral creeps) were made stronger in Dota 2 patch 7.31, and who would benefit more from that than Beastmaster?! Beastmaster has a whole new set of neutral creeps to add to his army, including the broken Skeleton horde, which makes him a strong contender for the position 3 role in this meta. Not only can he control the new creeps, he can also buff them with Inner Beast. The horde of Skeleton Warriors by themselves are a scary prospect while taking down tier 1 towers. Imagine them with bonus attack speed from Beastmaster’s aura!

Beastmaster saw very few changes come his way in patch 7.31, and since then, hasn’t been changed at all. But like Juggernaut, Beastmaster tends to benefit from the reduction in Healing Salve healing on allies as well. BM is possibly one of the most disruptive and irritating offlaners to play against as a carry, because of the early harass coming from Wild Axes and Boars (according to Dotabuff, the second most popular build in pubs is maxing out Wild Axes, while all the other builds don’t get Wild Axes till level 11). Unless the enemy lane has an inbuilt heal, they end up spending a lot on consumables. Gorgc made a tier list of offlane heroes with OG’s offlaner Ammar “Ammar” Assaf , and Beastmaster was at the top, with a tier made separately for him.

Is there good diversity in the core picks of Dota 2 patch 7.31d?