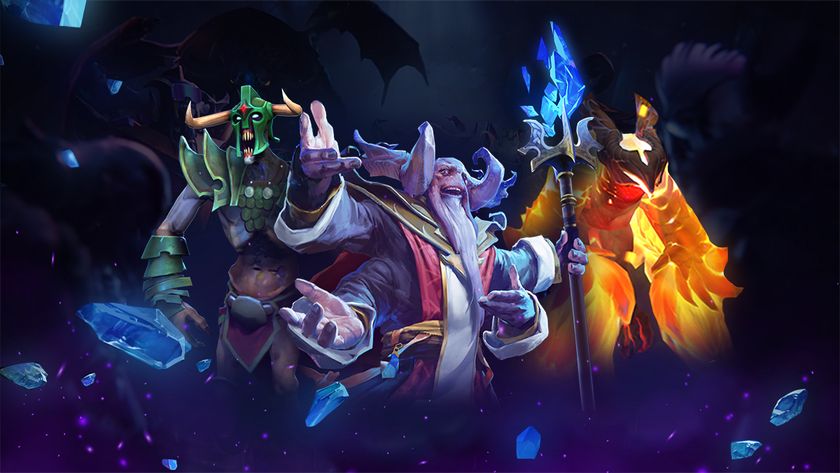 Aghanim's Labyrinth: The best heroes to navigate through the Sorcerer and Grand Magus tiers

Continuing with the Aghanim’s Labyrinth journey, we take a look at what heroes are the best to get through the Sorcerer and Grand Magus tiers.

We already took a look at what heroes are the best to complete the Apprentice and Magician difficulties. Today, we step it up a notch and see what heroes and compositions have been best used to defeat the Primal Beast at the Sorcerer and Grand Magus difficulties. All stats have been taken from Stratz.com.

We start with the Sorcerer difficulty and the 10 teams with the fastest times in completing this tier according to strats.The heroes that make the most frequent appearances are Juggernaut and Undying. At the Apprentice tier, a four carry range lineup being bolstered by the Drow aura was a common theme, but that isn’t something that can be relied upon as the difficulty increases.

On the whole, the quickest teams to accomplish the goal in the Sorcerer difficulty level are quite diverse, and paint the picture that a wide variety of strategies can work. It should be noted however, that these team compositions don’t necessarily have the best win rates. It could just be a one off case for a certain composition making it in record time, while all other adventurers with the same composition failed miserably. 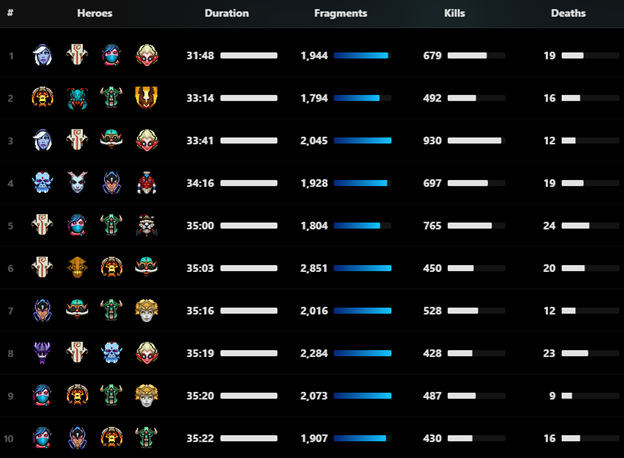 The best composition is based on the rating, which is calculated as a combination of match count and win rate.

The best composition for the Sorcerer tier, which boasts of a win rate of just over 39%, is Juggernaut, Queen of Pain, Gyrocopter and Void Spirit. However, this composition only has 54 games to its name.

The composition that is second in the ratings list with over 1500 games to its name is Juggernaut, Queen of Pain, Undying and Phoenix. It has a win rate of nearly 19%, which isn’t too bad. It means you are likely to get through the Sorcerer tier in five to six attempts if your team uses these four heroes for all attempts.

Juggernaut and Phoenix seem to be key heroes in accomplishing the task. Both the heroes appear 7 out of 10 times in the best composition list. Undying, successful as he is, is possibly replaceable by someone like Omniknight and Queen of Pain, who is the primary magic damage dealer in teams, can be substituted for by Void Spirit. 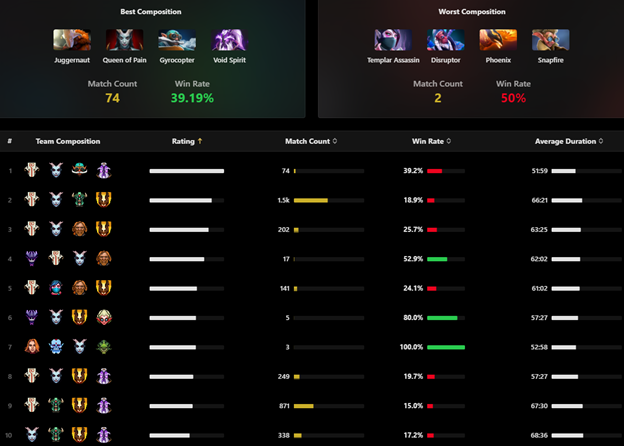 Coming to Grand Magus, Drow Ranger, the hero that kept appearing in the fastest runs, completely disappears. There isn’t a single four carry lineup and the quickest run has gone up to 34:42 as compared to 20:13 for Apprentice. Phoenix appears in 9 of the 10 lineups, Tusk in 6 and Undying in 5. The AoE control, heal and percentage damage Phoenix offers is of a lot of importance at the higher difficulty levels. The best composition for Grand Magus, with over 2500 games, is the same one which took second place for the Sorcerer tier – Juggernaut, Queen of Pain, Undying and Phoenix. It has a win rate of 10.8%, meaning with this lineup, you will likely clear the Grand Magus difficulty in 10 to 11 tries, which makes sense as the going gets tougher with each subsequent difficulty. The second most played lineup (ranked 7th) replaces QoP with Void Spirit, which is a like for like replacement.

There is a reason this lineup of Jugg, Qop, Undying and Phoenix is so highly played and has such a high rating – it is a very well balanced lineup. It has AoE control, multiple heals, physical and magical damage, Jugg has magical resistance, QoP and Phoenix have abilities to quickly relocate themselves out of trouble, Undying has the ability to tank and most importantly, all four heroes have decent Legendary Shards. If you are stuck on the Sorcerer or Grand Magus difficulty of Aghanim’s Labyrinth: The Continuum Conundrum, this is the lineup to go for. 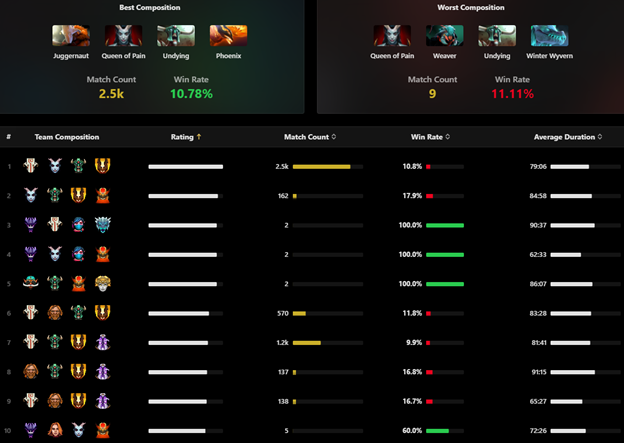 With that, we come to the end of four of the five difficulty levels of Aghanim’s Labyrinth: The Continuum Conundrum. In the days to come, we will take a look at whether the same strategies will take warriors through the final hurdle – Apex Mage – or will it be something different that is required to cut it at the top most level.

Have you made it to the Apex Mage difficulty level yet?