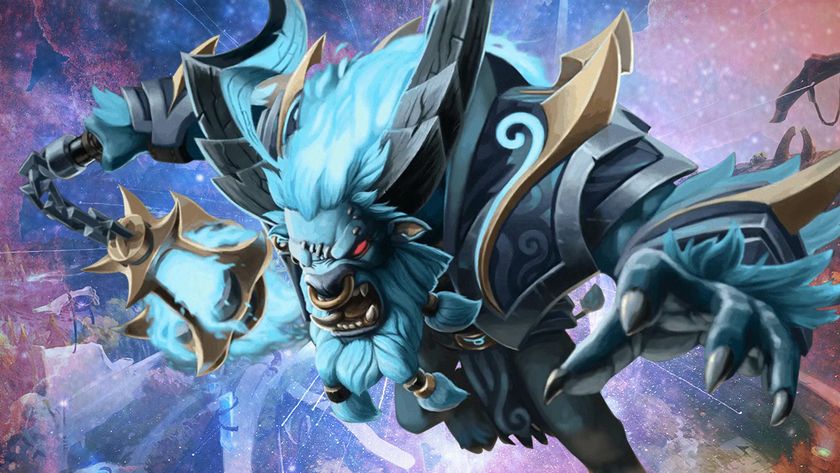 Space Cow in the mid lane: The rise of position 2 Spirit Breaker in the post TI10 meta

After being completely snubbed at The International 2021 (TI10), Spirit Breaker is back with a vengeance in an unexpected lane.

The International 2021 (TI10) saw a total of 113 heroes picked throughout the tournament, which is the highest that a Major Dota 2 tournament has seen till today. So you can imagine how it must be to be a part of the eight heroes that weren’t picked for a single game.

But not all of those eight have stayed quiet in the post TI10 professional meta. Two of them, in fact, have become prominent heroes in the first season of the Dota Pro Circuit Leagues for 2021-2022.

After the small buffs received in Dota 2 patch 7.30e, Outworld Destroyer and Spirit Breaker have become highly contested heroes. But it is the case of Spirit Breaker that is more intriguing, as the Space Cow has charged back into the professional meta through an unexpected lane – the mid lane!

Dota 2 patch 7.30e brought down the nerf hammer on a lot of heroes, most of whom did really well at TI10. But for the few who didn’t feature in Bucharest, there were minor buffs. The combination of the two factors was enough to make Barathrum a strong hero to be considered in professional games.

If we take a look at Spirit Breaker through the ages, he was played as a carry in Dota 1, with Mask of Madness as  his core item. But when his base attack time (BAT) was increased from 1.7 to 1.9, he lost the carry potential and transitioning to Dota 2, was played as a position 4 or position 5 support, with certain metas making him look good as an offlaner as well.

It was only the tournament before TI10 (ESL One Fall) that his potential in the mid lane was showcased by PSG.LGD. Seeing those performances by the Space Cow in the mid lane, it was a bit of a surprise he wasn’t experimented with at TI10, but better late than never. Ever since the 22nd of November 2021, 527 professional games have been played. While some of those games might be from other tournaments, the majority of them are from Season 1 of the DPC Leagues. Spirit Breaker’s stats for those games are:

With a win rate of over 57%, Spirit Breaker is killing it in the post TI10 meta. Of course, not all of those games are from the mid lane. There are some from the offlane as well, and few as a position 4 support. But the waves the hero is making are through the mid lane. So what makes him a good mid laner, and how exactly is he played in that role? Let’s take a look.

Spirit Breaker has great damage potential. His Greater Bash can inflict a lot of pain, but when played as a support there just aren’t enough items or levels to unlock the full potential of it. Playing as a mid laner, you tend to be higher level than most of the opposition heroes, and looking at the way the Greater Bash damage scales (14%/20%/26%/32% of movement speed) and the fact that it applies to Charge of Darkness and Nether Strike, having it maxed out when the other heroes are still trying to hit level 6 is a big advantage. Basically, he acts as a tempo controlling mid, creating havoc for the opposition and space for his carry to come online.

For looking at the skill and item builds for mid Spirit Breaker, let’s take a look at a couple of DPC games. The first one is Leon “Nine” Kirillin, in Tundra Esports’ game against Team Nigma Galaxy. Nine maxed out Greater Bash, as expected, and then intermittently picking up Charge of Darkness and Bulldoze. He didn’t go for any talent at level 10, as the good talents for Spirit Breaker kick in after level 15.

Coming to the item build, Nine went for Phase Boots into Shadow Blade into Black King Bar. Phase Boots is the best choice of boots, because using it adds to Spirit Breaker’s movement speed, which increases his Greater Bash damage. The best part is, the active (Phase) can be used without interrupting Charge of Darkness. So even if it runs across the map charge, the additional movement speed and damage can be taken advantage of.

Shadow Blade is another item who’s active provides movement speed and damage. As PSG.LGD showed during ESL One Fall, this item is also amazing for pushing out lanes. Spirit Breaker can charge to a lane, activate Shadow Walk before reaching the creep wave, and walk out of the crime scene while being invisible.

The second case study is that of Nico “Gunnar” Lopez in 4Zoomers’ game against Quincy Crew. Gunnar also maxed out Greater Bash and then Bulldoze, like Nine did, but he kept Charge of Darkness at level 1 instead of level 3. Additional levels of both skills give you movement speed and damage. The question is, do you need a longer stun or do you need more status resistance? That is something which will change with every game.

Gunnar went for a slightly different item build than Nine. He prioritized Aghanim’s Scepter and Aghanim’s Shard over Shadow Blade. Spirit Breaker has extremely good Scepter and Shard upgrades, which is another reason playing him in a role with higher farm priority makes sense. Aghanim’ Scepter makes Charge of Darkness target magic immune enemies, which can be a nice bit of surprise for an enemy core with a fresh BKB.

One thing both players did was skip the level 10 talent and level up a skill instead. Spirit Breaker has some interesting talents at levels 15, 20 and 25, but his talents at level 10 are nothing to write home about. Either talent can be picked up later, depending on the game.

Interestingly, at level 15, Nine went for the +40 damage and Gunnar chose the -4 seconds Bulldoze cooldown. While Nine never got to level 20, Gunnar got the +200 Charge of Darkness Move Speed, which was his old Scepter upgrade, and a talent that increases his damage quite a bit.

As it turns out, there is quite a bit of flexibility in mid Spirit Breaker’s item build and talent tree selection.

It’s always heartwarming to see a good redemption story, and Spirit Breaker not only warms the heart, but brings a lot of entertainment along with it. The hero might see a slight nerf being thrown his way when Dota 2 patch 7.31 is eventually released, so if  you want to experience the rush of charging and mowing down low level supports, now is the time to do it!

Does mid Spirit Breaker seem like a fun concept to try out in pubs?