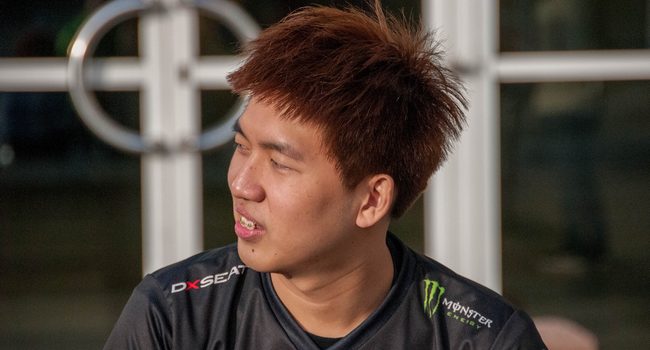 The interview was conducted by Andreea 'Divushka' Esanu at the Frankfurt Messe DotA 2 Fall Major, in the fifth day of the event.

Hello Ohaiyo and thank you for taking the time to talk to us.

Hello, thank you for having me.

Firstly, let’s talk about the first DotA Major Championship, how did you find it production wise?

Well I felt really good here and this Majors system is only good for us players, it brings stability into the scene and a high quality tournament environment. This is of course, the first season and it had some minor schedule problems but I’m sure it will get better and better with every edition.

Usually at ESL Frankfurt there were a lot of talks about the food being mainly European only or even straight up German cuisine. Did that changed with the Fall Major?

No, it didn’t and I’m not used to European food at all. The only thing I like to eat in Germany is mashed potatoes. The only rice we had at some point was some Indian Curry so it was really hard for us to adapt to the food here.

Ok… so… did the food had something to do with your team’s performance here in Frankfurt?

(laughing) Yes of course ! But no, seriously now, it was all on us.

What exactly happened? Why did Fnatic underperform? 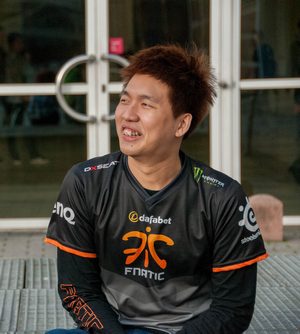 I think we were not ready yet for this tournament. Before coming here we had visa issues with one of our players and we couldn’t practice properly. We simply didn’t have the time to adapt to everything we planned to do.

Is this why we saw Mushi swapping mid-support roles so often in the tournament?

No, not necesarly. I remember we firstly talked about it a month ago. Mushi came to me and asked if I want my offlane role back and I said yes. After that we had to accommodate Crissy/dj back to his mid lane. But as I said earlier, unfortunately we didn’t have too much time to practice this.

The other day, Kuku from Mineski said in an interview for dota.ru that, in his oppinion, all these roles swaps costed you the tournament. Is he right?

Maybe. In some way of course the role swaps affected us but it was not the only reason for our losses. For instance, if I look at my performance, it was really far from what I know I can deliver. I did so many mistakes at this tournament…

After this Major Championship ends another roster shuffle lock down will come, what should we expect from Fnatic?

Things will be the same at the Fnatic, the team will stick together.

Who do you think will be the winner of the first - ever DotA 2 Major Championship?

It’s between Evil Geniuses and CDEC and I do love watching these two teams playing each other because there are always so many surprises when they play and at the same time they are playing like real teams should do,  this is why I love these two teams.  I hope we can see a TI 5 grand finals rematch.

Before we end this interview, if you have any shout outs to make, please do so.

Shout out to our Fnatic friends and followers, I hope you guys will stay with us because we will never give up, also many thanks to Fnatic for sponsoring us.

Is Fnatic on the right path towards a stable roster ?