Interview with VG.Fy: I am happy but not proud to be called Fy-God

Vici Gaming came in runners-up at The International 2014, capping an impressive run at the event that saw them come out tops int the group stage, and taking out some of the favourites of the tournament - DK and EG,  on the way to the Grand Finals. Following the retirement of then-captain Fan 'rOtk' Bai, the addition of Dominik 'Black^' Reitmeier and Daryl 'iceiceice' Koh have revitalised the team.

Fy has also stepped up from his previous work as 4 position support player and taken over the captaincy and drafting position for VG. In spite of his added responsibilities, Fy's play has continued to impress and wow players and spectators alike, and the constant adulation has resulted in him earning the nickname 'Fy-God' amongst his fans. Widely considered to be one of the best players in the world - winning 1v1 mid tournaments in China, multiple championships, and so on while only 21 years of age, Fy is definitely on track to become a legend if he continues his successes.

This interview was conducted via e-mail due to the scheduling difficulties and many matches that VG has to play in the aftermath of their return.

Fy, thanks for giving us this interview! How are you today?

Hi, I'm doing great and the weather is great as well.

You guys just returned to China after winning ESL One in New York. How pleased are you with the victory?

The feeling of winning is amazing. The team has bonded and integrated more, and it has also given me a huge surge in confidence moving forrward.

The lineup of Vici Gaming had raised some eyebrows, but your results seem to have proven otherwise.  This is your second championship in as many months, given how new your team is, are you surprised by these early results?

I'm not surprised at all. I have a lot of faith in our team. 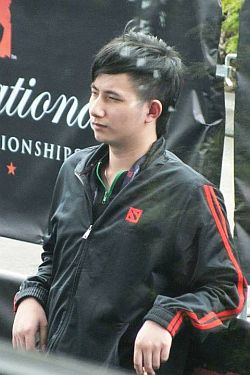 With the retirement of Rotk, you have taken up the captain and drafter position. How do you think this has affected your play?

I think I have begun thinking more while I play. I have tried to change the way the team plays after the roster changes in the team, and we now play and draft a lot more flexibly than before.

Do you spend more time focusing on calling shots now instead of big plays?

I am more focused on making decisions for the team – the team is more important than my personal play.

Does anyone else help you with the drafting process?

Yes, all of them will give me their opinions during the drafting phase.

What do you think of your new carry player Black^?

I can't criticise anything about his foundational skills and mechanics, but he does feel a little unsettled. I think it has something to do with the way we play, but he is trying to change and fit in now.

In an interview with iceiceice, he mentioned that you are one of the best players in the world he would like to play with, could you say the same about him?

I have nothing to say about iceiceice's in-game play. But in person he is a bubbly and cheerful big boy. He's a pretty good person.

There are two foreigners on your team, does the atmosphere feel different?

iceicice's Mandarin is really good, only when we communicate with Black^ do we have to revert to XinJiang style Mandarin.

Editor's note: Xin Jiang is a remote region of China close to Russia with different intonations for Mandarin, so it sounds very different from standard Mandarin, and instead closer to Russian.

Do you guys have communication problems in-game?

We still have quite a lot of communication problems with Black^, but we'll take it slowly.

What was the biggest problem in VG after both of them joined?

It is definitely communication issues. They are both quiet players, so especially at LANs, the feeling of no one responding to you speaking is kind of bad.

Has that problem been fixed yet?

Do you feel like the new VG is stronger compared to the team that got to 2nd place at TI4?

We are no longer playing only fast-push strategies, and now it is a lot more enjoyable playing matches compared to before.

How big of an impact was Rotk’s retirement to you, Fenrir and Super?

It was like losing a good gay friend (???). I'd like to take this opportunity to wish him all the best and great results in his other pursuits now.

The new team, CDEC, seems to have a bright future ahead of them. Do you have any encouragement or suggestions for them?

They typically play the early game really well, but they often lose the mid to late game. They need to work on improving their mid to late game play, which is the most important segment.

At ESL One we got to see some uncommon picks like iceiceice’s Timbersaw and Super’s Zeus. Do you have a lot more creative drafts up your sleeve?

Do you know that you have a lot of English-speaking fans? They admire you for your dashing looks and your amazing plays. 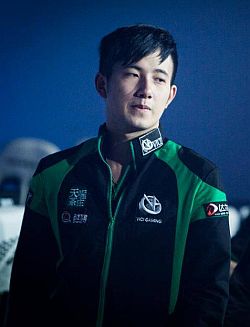 Yes, I have heard that I have many fans, but my English is quite poor so I don't have much interaction with them.

I obviously feel happy about this, but I don't gain any pride from this.

What are your favourite heroes to play in a competitive match?

Do you have any cosmetic sets in the works? If you do not, which hero would you like to have one for?

Yes, and it will definitely be for Rubick.

Do you have any shoutouts to your sponsors and fans?

I'd like to thank all of those who support VG and myself. If not for your unwavering support, I would never have gotten to where I am today. I'd also like to thank our sponsors, TenWow Group,  and Riverstone for their large support for our team!