“
We praise a man who feels angry on the right grounds and against the right persons and also in the right manner at the right moment and for the right length of time.” - Aristotle


ViCi Gaming is one of the strongest participants in this year's The International. A combination of solid coordination and high individual skill, VG is a fearsome opponent for any team in the DotA2 scene. With motivation and determination as their weapon, they will aim to dethrone Alliance and bring the Aegis back to China. 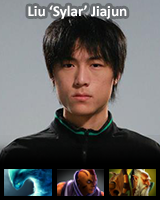 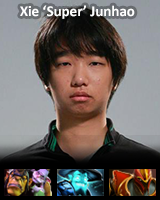 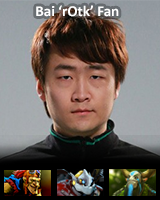 There are numerous examples of teams which buy their way to success by purchasing the hotshot players of their days, eventually forming a roster that probably has more strength on paper than in the battlefield. ViCi Gaming is not one of those teams.

Let's travel back in time. August 2013 was not the best of months for ViCi Gaming. The internal turmoil caused by the elimination from The International 3 qualifiers resulted with the departure of Tianyu 'Cty' Chen, one of their most valuable players. Jian 'ZSMJ' Gong left a few days later, leaving ViCi Gaming decimated.

The other major Chinese squads were not having the best time either. The TI3 fiasco - their inability to reach the top-three places in the tournament - made them realize that things needed to change. That was the beginning of the 2013 Chinese reshuffle that put many squads 'in the blender', with many player transfers and role changes taking place. The winds of change were blowing for the international DotA2 competitive scene.

“
I made the right choice not leaving ViCi Gaming. ”
- fy interviewed by GosuGamers in December 2013

Being kicked out of team DK, Bai 'rOtk' Fan and Jun Hao 'Super!' Xie found a new home under ViCi Gaming. Along with them came Liu 'Sylar' Jiajun, who departed the troubled LGD Gaming. Formed out of frustrated 'dropouts', VG did not get the attention they needed back in the day. Eric 'ReiNNNN' Khor, in his reshuffle article, mentioned Rising Stars as the big 'winner' of the transfer period, along with Team DK. The community poll in the same article showed little love for ViCi.

This anger, along with the need for change, worked as a major motivation for ViCi Gaming. Playing with profound aggression that almost seemed unnatural for the previous four-protect-one strategies of their time in DK/LGD, the newly formed VG took China and the world by storm, turning from an outcast into a feared opponent in a matter of weeks. The rest, as they say, is history. 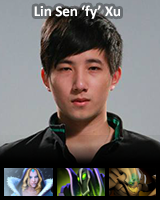 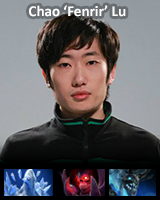 “
We like to play in our own tune and we would not try to adapt to any other team’s play style. We just did what we always do, train to enhance our own game style.”
-fy, interviewed by GosuGamers in December 2013

Despite having the very experienced late game carry Sylar in their roster, VG seem to prefer finishing the game early. They were one of the first teams to put their trust in Lycan, the hero that dominated the competitive scene in 6.80. Along with Lycan, VG would often pick heroes like Alchemist and Dragon Knight, solid tanks that have a decent early game impact and can turn into scary late game damage dealers if the game drags too long.

VG heavily depend on their two supports, fy and Fenrir, for the execution of their strategies. Their role is not only limited to the earlier stages of the game (warding, rotations, protecting their cores) but they usually transition into mid-game initiators, providing the required utility to change the tides of the teamfight. Heroes like Sand King, Ancient Apparition and Earthshaker are usual selections for VG.

If we are to talk about weaknesses, VG's Achilles heel is their mentality. While they seem strong and confident when the flow of the game goes according to plan, they seem to lose faith in themselves when the enemy gets in front. Thus, if the game goes on for too long, you will often witness unwise decision making that leads to unavoidable mistakes. 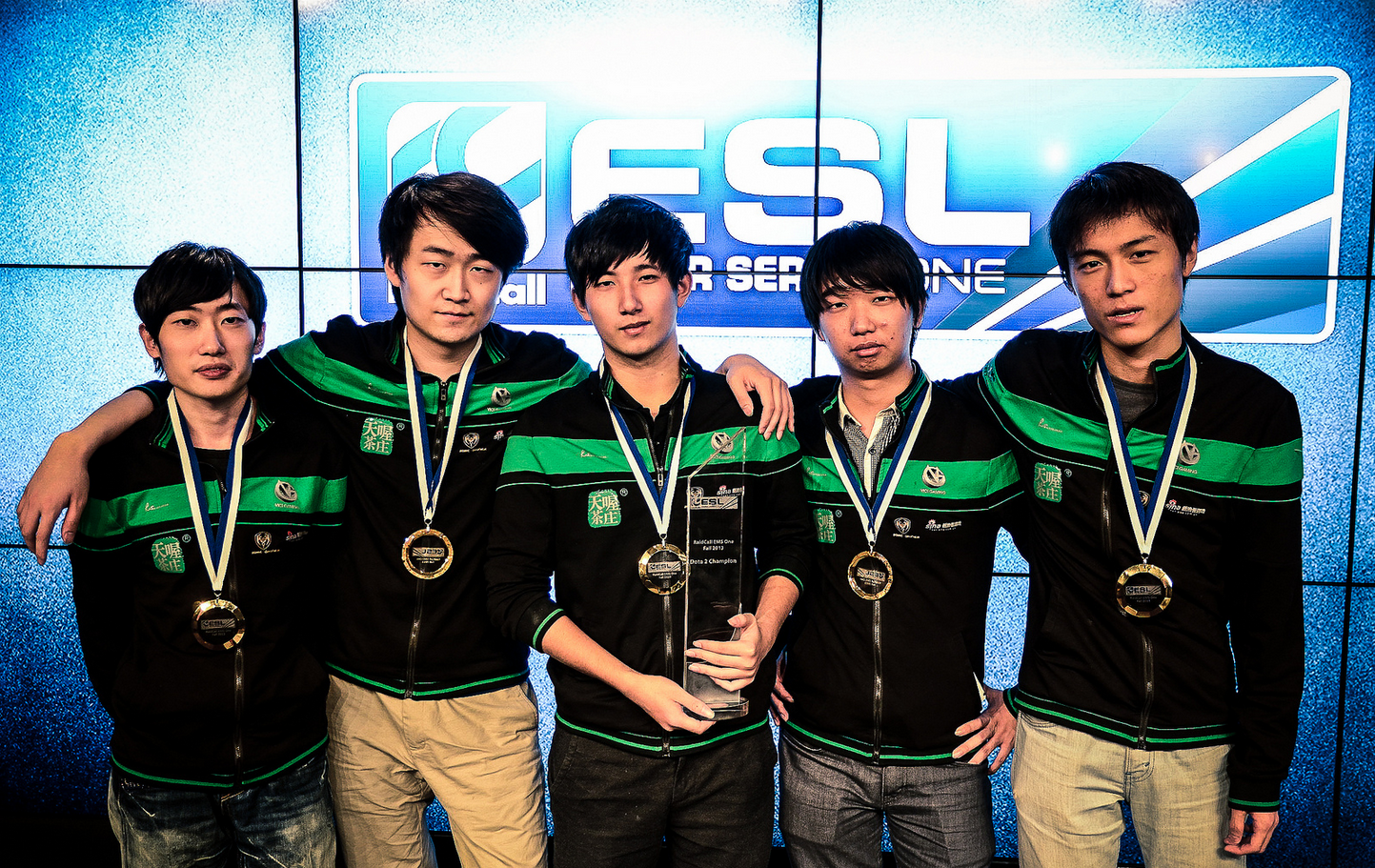 ViCi Gaming after winning EMS One Fall 2013. Photo by ESL.

Unlike some of their upcoming opponents, ViCi Gaming will enter KeyArena with confidence and discipline, coming from their LAN experience from past events. They have beaten both Eastern and Western teams in the past, they can do it again - and they know it

“
Top three. If we can get top three, only then we will be happy.”
- Super during a video interview with sGamer in April 2014

No one can predict the future, and it is probably unnecessary to go into speculations. However, it seems safe to say that ViCi Gaming is one of the strongest contenders for the Aegis of the Immortal. They are not flawless, but they certainly have the tools they need to accomplish this tough goal. But to do that, they need to get their minds together. 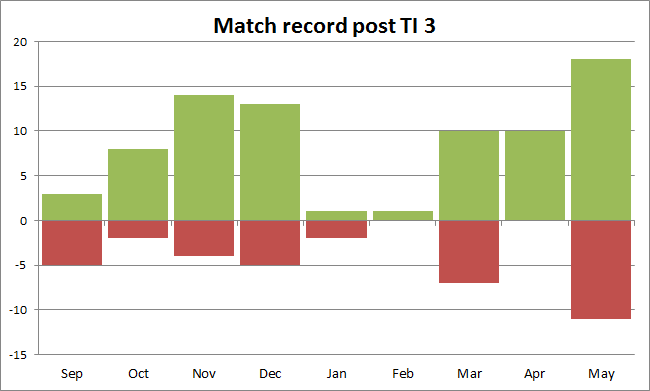 ViCi Gaming has fared quite well during the period between TI3 and TI4. Their winrate has been impressive, especially for five players that have been playing together for less than a year. Their slow start in September was caused by Sylar's late arrival in the team due to contract regulations, while the recession in January and February was due to the Chinese New Year holidays. Nonetheless, it is evident by the statistics for May 2014 that ViCi Gaming also loses quite a lot, and does not have the stability of other Chinese squads such as NewBee.

It should be mentioned that several successes of ViCi Gaming took place on foreign soil. Their participation in EMS One Fall resulted in utter dominance, and VG showed they can deal with the Western playstyle quite well. The element of surprise rarely works against VG - but when it does, it can provide the slight edge required to get on par with them in terms of teamfight potential. 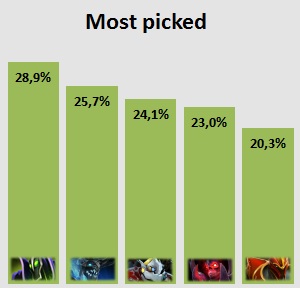 The top-five Most Picked heroes of ViCi Gaming are quite expected considering their early-game based strategies. The percentages are also an indicator of the squad's pick diversity, which is quite adequate for an Eastern team.

Dragon Knight is a hero that helps the team transition into early five-man pushing, quite a common strategy for the Chinese teams. Shadow Demon, Visage and Rubick are all strong early/mid game supports that provide on-demand crowd control and can roam quite well. Last but not least, Clockwerk is one of rOtk's favorite heroes, a solid teamfight initiator that can also find solo pick-offs using his Hookshot during the earlier stages of the game. 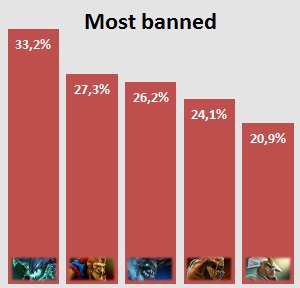 Not many surprises in the Most Banned list either. Since a powerful early-game strategy requires well-farmed and ready solos, both Outworld Devourer and Batrider are taken out - just because they dominate their solo lanes one-versus-one. Chen and Visage are threats to any hero that requires at least 5 to 10 minutes of free-farm in order to function well. VG knows that very well, and gets rid of both these supports  quite often to prevent any unwanted assaults against their cores. Last but not least, Lifestealer is banned several times because he is a natural counter to VG's favorite tanky heroes such as Bristleback, Clockwerk, Davion and Alchemist.

- Despite being mainly a support player, fy managed to win the 1v1 ECL 2013 tournament, taking down BurNing, ZSMJ and his former teammate Cty.
- rOtk can be quite loud in LAN events.
- There is another player named 'Super', currently playing for DT.NGC. Sometimes it can be very confusing for casters.
- The name 'Fenrir comes from a wolf-like beast in Norse mythology that was feared even by the gods. Tyr, the god of law, war and glory, was forced to sacrifice his hand in order to restrain Fenrir and bind him once and for all.
- Sylar puts napkins on top of his keyboard to deal with the amount of sweat he exudes while playing.

Headline/Rotator and article photos of ViCi Gaming team by ESL One.
Individual player photos by WPC.
Head over to The International and ViCi Gaming wiki page for more information!