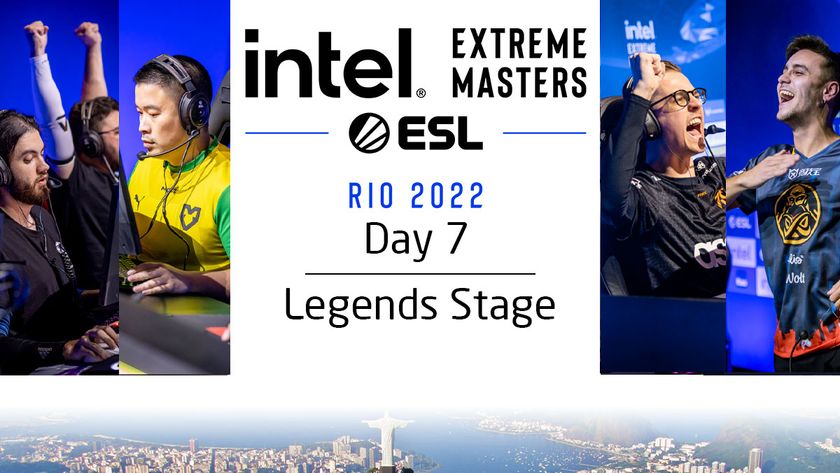 Bad News Eagles, Team Vitality and Sprout are sadly out of the tournament.

Day 7 marks a week of back-to-back competition at the IEM Rio Major, the first Major in South America. With only one more day left in the Legends Stage, the top eight teams for Champions are shaping up to be a mix of the usual, with a few notable missing faces, however.

Round 4 of the Legends Stage saw twelve teams battle it out in two groups – High (2-1 teams) and Low (1-2 teams) the winners of the High matches will qualify for the Champions stage, and the losers of the Low matches to be eliminated from the Major.

MOUZ met up with Outsiders in their High group match. MOUZ showed a good start as they dominated the first half of Overpass, leading the match with 8 points by the time to switch sides. However, Outsiders gained a second wind and easily caught them by round 18 and didn’t stop until they gain the win by round 26 – and won the match. On Inferno, again MOUZ led in the first half, this time with a single-point advantage, but Outsiders is playing to the script again by catching up in the second half and winning the overall match by round 26 with a 2-0 score.

BIG meanwhile were matched with Fnatic, who are on a roll after missing the chance to qualify in round 2 of Legends. On Overpass, both teams played neck to neck all the way to round 30, where Fnatic’s last bomb diffusing gave them the win. BIG seemed to lose their steam by Mirage, where Fnatic easily gained a 5-point advantage by the end of the first half and proceeded to dominate in the second half to end the match by round 23, with a score of 2-0.

Heroic match with Team Liquid was a doozy for the Scandinavian team as Liquid gave them enough pressure for both to play the whole 3 maps. On Vertigo, Heroic easily led the narrative and won the first map without too much trouble. On Mirage, Team Liquid woke up and gained a second wind, where they bulldozed Heroic in 21 rounds. The second wind however was not enough to keep Heroic at bay as Overpass was the map where Heroic trumped Liquid to give them the overall win, 2-1.

Outsiders, Fnatic and Heroic qualified for the Champions stage with these wins.

The first meetup for the Low group matches was NAVI versus Bad News Eagles. The newcomer to the Majors met up with one of the OGs of the community, and the bloodbath was immense. NAVI easily steamrolled the Kosovan team in Ancient, with a 16-3 win. Nuke saw BNE tried to batch up, but NAVI was too good for them to overcome, resulting in a 16-9 win for the Ukrainian team.

ENCE meanwhile met up with Team Vitality, where the competition was a bit closer, as the two experienced teams went head-to-head to keep themselves in the competition. While Vertigo saw ENCE leapfrogging ahead and winning the match 16-12, Nuke was a bit more heated as both teams played to par with each other, and by round 30, overtime was called. In the extra time, ENCE showed that they are the better team as they easily kept ahead of Team Vitality and won the map 19-15.

Team Spirit met up with Sprout in the second Low group match. Team Spirit looks to be making up for the lost time in rounds 2 and 3, as they hammered Sprout in Nuke, and Vertigo without breaking too much of a sweat.  Team Spirit won both maps, 2-0.

The final round of Legends Stage will begin in about 12 hours, with MOUZ meeting ENCE, followed by BIG and NAVI, and capped off with a match between Team Liquid and Team Spirit.

Are you sad that Bad News Eagles, Team Vitality and Sprout are eliminated from the Rio Major?