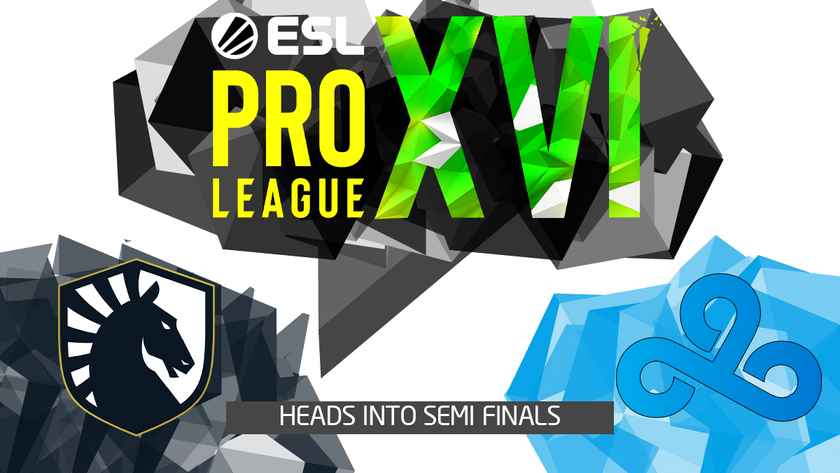 They vanquished FaZe Clan and MOUZ respectively in their quarterfinal matches.

The first pair of quarterfinal matches for the ESL Pro League Season 16 is over – and the first pair of semifinalists have been chosen. The game of Cloud9 vs FaZe Clan was no less intense than the one of MOUZ vs Team Liquid, but in the end, only one from each match was able to proceed to the semi-finals.

The first match started with Inferno, with Cloud9 setting the pace when they won the first five rounds. FaZe did catch up to them by round 10, and both teams ended the half tied. FaZe then proceeded to press on Cloud9 with wins, and while Cloud9 tried to catch up, the match was over by round 29, 16-13.

On Ancient, Cloud9 easily caught up to FaZe by round six and continued to rack up wins to lead the first half by three points. In the second half, Cloud9 continued with their momentum as the wins kept rolling in, with them ending the match by round 24 with a score of 16-8

Mirage saw more or less the same thing, as Cloud9 continued their dominance over FaZe Clan and lead by three points by the end of the first half. FaZe did try to catch up in the second half but it was for nought as Cloud9 ended the series at round 17, winning the map with a score of 16-11.

The battle of the European team saw immediate control by Team Liquid as they breezed through the first half of Inferno, ending it with a huge seven-point lead. While MOUZ did manage to do a back-to-back win streak in the second half, it only took Liquid five rounds to end the match by round 26 – leaving them victorious with a score of 16-10.

Ancient saw MOUZ pushing hard to catch up to Liquid – and they managed to close the gap slightly by the end of the first half before the swap. However, Liquid was too far ahead by round 21 that it only took them two wins by round 17 to win the series 16-11.

Cloud9 and Team Liquid are the first pair to move to the semifinals, where they will meet each other to determine who will move on to the grand finals.

Who do you think will win in the semis?

Cloud9
Thank you for voting!
Team Liquid
Thank you for voting!
Sharil “memeranglaut” Abdul Rahman
He dabbles in Esports, checking out what's new and hip with the industry. Outside of Esports and gaming, he likes Japan. Ijou. Check him out at @SharilGosu
Share Tweet
2 people reacted to this post

ESL Pro League Season 16: NAVI and Outsiders continue their journey in the playoffs

S1mple calls out ESL for housing players in mould-filled hotels