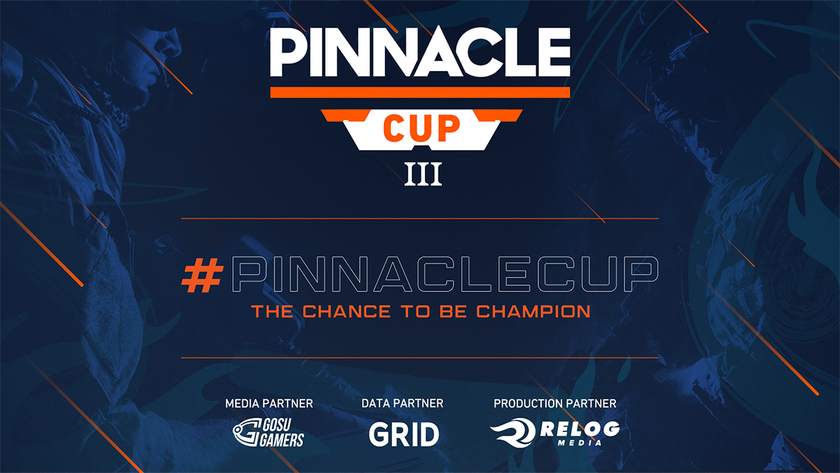 The winner of the tournament will qualify directly for the Pinnacle World Cup 2022.

“The Pinnacle Cup has become a firmly established tournament in the esports calendar this year, and its ability to attract so many of the world's foremost teams is truly humbling to us. CS: GO is a focus title for Pinnacle, and it's proven to produce mass viewership across our key regions, so we are naturally excited to announce the third edition of our Pinnacle Cup CSGO series. But this is just the start. Building on the success of previous tournaments, we are working alongside our partners in the background to develop a Pinnacle World Championships and potential LAN event for 2022. Watch this space!" - Ben Cove, CMO - Pinnacle

Pinnacle Cup III will start on November 8 for the group stages, November 11 for the Swiss stage and November 21 for the playoffs, with the grand finals scheduled for November 23. The biggest teams in CS:GO will look to follow in the same footsteps as previous winners Gambit Esports and Team Spirit.

Broadcasts will take place on the broadcast network The Esports Bible, who already broadcasted the Home Sweet Home franchise. Fans can catch the action at twitch.tv/TEBTV and twitch.tv/TEBTVRU.

GRID will be the exclusive data partner once again for the event. GosuGamers is the Official Media Partner of the Pinnacle Cup III - so stay tuned for more news on the tournament.

Just for our readers - register with Pinnacle today to enjoy FREE €20 when you deposit €20. Login HERE to get started!