Are Fragging IGLs a Myth in CS:GO?

In recent times, Counter-Strike: Global Offensive has seen the fall of the mastermind in-game leaders (IGL) in favor of a hybrid-of-brains and fragging potential. Captains are no longer able to hide behind poor stats to justify their role in the server.

MAD Lions removed Nicolai “HUNDEN” Petersen and were able to break their curse to win Flashpoint 1 in the capable hands of AcilioN. While the new in-game leader was seen as a risky switch, it paid off and MAD Lions have continued to be a formidable force on the scene after a meteoric rise under old leadership in 2019  ...

YEAH IN TALKS WITH ORGANIZATIONS TO RESOLVE CONFLICT OF INTEREST 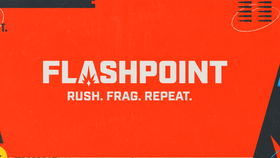