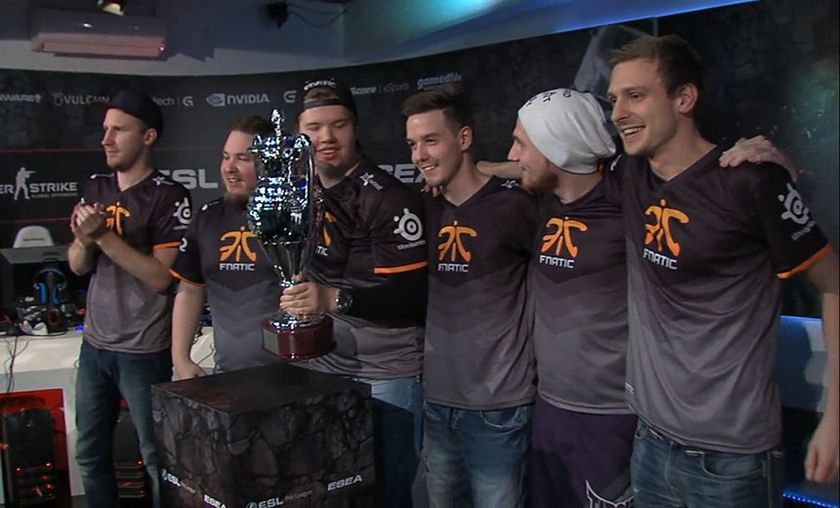 The map veto process was as expected. Fnatic went for de_cobblestone as their first pick, while Cloud9 decided to pick de_cache. In the ban phase Fnatic removed de_train, while Cloud9 banned de_mirage. The last picking phase saw the Swedes picking de_overpass, while the North American team decided to go with de_dust2. The last map in the pool was de_inferno which would be used as decider in case it comes down to the fifth map.

The first map was opened in a very good fashion by Cloud9. The North American team won the knife round and decided to start on T side of de_cobblestone. Once the map kicked-off we saw Cloud9 storming the dropdown room and collecting headshot after headshot. The first 3 rounds were easily won by C9 and Fnatic was forced to fight with a limited buy. However, even with the MAG-7 buy, JW managed to collect a double kill and to somehow allow his team to get on the board. This period of the match was fully controlled by Cloud9 as they had the money to work with, while Fnatic almost had no economy. It seems like, whenever Cloud9 went for a B rush it went successfully for them. However, Fnatic managed to recover and take eight rounds in the first half. The second half saw once again Cloud9 taking the pistol round in a very chatoic way, which allowed them to breath more comfortably. Fnatic was losing round after round, and they just didn't have an answer for shroud's and Skadoodle's phenomenal play. The Swedish team was forced to call for a time out, which was delayed for one round due to technical issues. This allowed Cloud9 to climb on the big 15 rounds and Fnatic was now chasing the overtime. The Swedish team collected 5 consecutive rounds and were only one round away from the overtime, but the time out of Cloud9 worked out and the great hold of n0thing and shroud on the B bomb site earned Cloud9 the first map.

The next map in line was de_cache. Fnatic won the knife round and decided to start on T side. The Swedes quickly found the gap inside the North American defense and they heavily abused it. After winning the pistol round, Fnatic easily took the following round for 2-0. However, in the third round we saw Cloud9 going for a full save and still led by a great FREAKAZOID they managed to take the round with four people surviving. But, that was the only thing they could do as Fnatic quickly got themselves up to 8-1. It was already obvious that Cloud9 would hardly get them back in this match and the half time score showed these thoughts. Fnatic had 12-3 lead as they were moving to the CT side. In the second half, Cloud9 got a bit of hope as they took the pistol round and the two rounds which followed. But, as soon as Fnatic's players got their hands on the big guns, all hope for Cloud9 was lost. The map closed with 16-6 and Fnatic got themselves very convincingly back to 1-1 in this best-of-five series.

The third map was probably the most entertaining one until that point. We saw a lot of upsets and insane clutches from the both sides. The map was opened by Fnatic taking the pistol round on T side. But, with the force buy Cloud9 managed to clutch the next one with shroud taking triple kill and surviving long enough for the time to expire. From this moment on, the map was totally back and forth as we saw Fnatic claiming the next round for 2-1 and then Cloud9 the next one for 2-2, etc. Finally, Cloud9 was the team which managed to take a lead at the end of the first half for 9-6. However, Fnatic took the second pistol round as well, making it 9-7. But, guess what, Cloud9 returned with a force buy for 10-7. It was looking like this map would slip away from Fnatic's hands, but then flusha stepped up and kept his team in the game. In the end, Fnatic walked away with 16-14.

The final map of this duel wasn't supposed to be the last one. Cloud9 was the team who dominated the most part of it. However, Fnatic showed once again why they are considered the best team in the world. The match started perfectly for NA side as they had a full control of the match on their T side. Fnatic won the pistol round, but Cloud9 quickly replied with a tec9 train and soon after we saw 7-1 scoreline for the North American side. Even calling out for the time out didn't work out for Fnatic as they couldn't get any consistency in their game. However, Fnatic still managed to pull out 5 rounds which eventually turned out to be enough. Cloud9 had again an impressive start of the second half and they were up to 15th rounds really quickly. But, Fnatic were going one round at the time and slowly they managed to crash Cloud9's economy and to get themselves up to 15-15. Again, Flusha was in the spotlight as he saved one of these rounds with a jumpshot from AK. In the overtime we saw a flawless T side from Fnatic, followed with the quick CT side round win for 19-15 and 3-1 in this best-of-five series.