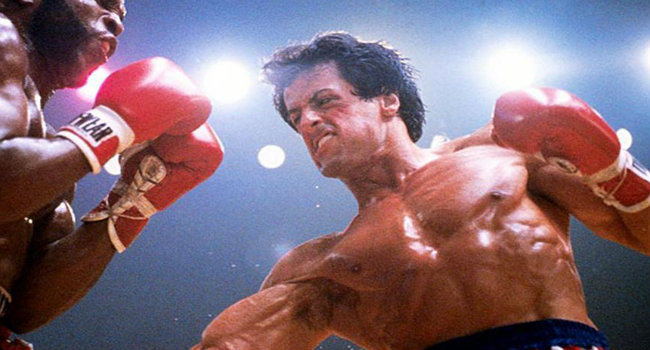 A couple of weeks ago I wrote an article about Cloud 9’s historic Major success. In it, I mentioned the fact that their run to the championship had a lot in common with sports movies. The clichés were all there: underdog made good, returning from the brink of elimination, players who had come close before but never quite made it. Name your sports movie cliché and Cloud 9 pretty much had you covered.

In a quieter week like this one, with no real Major to speak of, I thought I might have a little fun. This week’s column started off as a shower thought: what would the corniest, most cliché-riddled esports movie look like? Actually, that’s not a bad idea, lets milk that for 750 words or so it's quite a cool thought experiment. Lets write about it.

First things first, we need to know who our protagonist is. Is he a plucky, all-heart-no-brains Rocky-type figure? Is he the hardened coach who never quite made it as a player? His marriage on the rocks, he bonds with his estranged son over a love of Counter-Strike. Maybe our main character is a youngster who starts out as a no-name but ends the movie as a world champion a la Mighty Ducks.

Every story needs a conflict. Rocky had to overcome a difficult upbringing and a lack of education. Billy Bean had to overcome a stubborn system and ingrained, archaic tradition. Muhammad Ali had to overcome, well, you know, systemic racism and all that. Most of the best sports movies aren’t actually about sport. They are about people and their conflicts. Moneyball is about Billy Bean, The Damned United is about Brian Clough and Rocky is about, well, Rocky.

Our esports hero needs something to overcome beyond Brazilians and Danes (he is obviously American, by the way). He needs a cause. This is where we need to be careful, because obviously this article is light-hearted and I don’t want to give our hero a serious cause and make it seem like a joke. On the other hand, the best humour comes from reality.

Ah, except, we can comfortably borrow a broader conflict without risk of offending anyone. Our hero’s conflict is with acceptance. His parents think our hero is wasting his time playing silly video games. Part of his arc can be his struggle to find practice time with a heavy schedule of school work. It’s even totally realistic, which is a bonus. Many gamers know this struggle all too well.

Alright, we have our character and we know his struggle. The second act of the movie is where the hero starts to gain his parents’ acceptance after earning a little bit of money at domestic tournaments and it’s all looking good until his team gets invited to (cue drumroll) The Major.
Our hero’s team are out of their depth at this level. They lost their opening games against smug, metrosexual Eurotrash and are on the brink of elimination.

No movie can end there, however. Now our hero needs something to push him the extra mile. This is the time for a montage. Cue footage of late nights watching demos, quick cuts of empty Red Bull cans and some Kenny Loggins music in the background. What we need now, of course, is a speech. It’s time for some stirring, Al Pacino, Any Given Sunday level oratory brilliance.

Montage time again. This time it’s our hero’s team battling against the odds to scrape its way into the final. The up-tempo rock music is interspersed with clips of commentary now, explaining how unlikely this comeback streak is. Never forget your audience is made up of idiots.

This is it: the final. If your first speech wasn’t great you can add another one here, but if you nailed it the first time we can get straight into the action. If Rocky taught me anything about boxing, its’ that every punch is a haymaker or an uppercut which would floor any normal man. This is Counter-Strike, so every frag we see on camera has to be a headshot or a sick AWP flick. Nobody awkwardly mows down low-economy terrorists with a poorly-controlled MP7 spray.

And then, on overtime in the third map, our hero emerges victorious. He overcomes the pesky Russians and credits roll over the image of him on the shoulders of his teammates, waving a huge American flag. Beautiful.

Would you watch a cheesy esports movie?