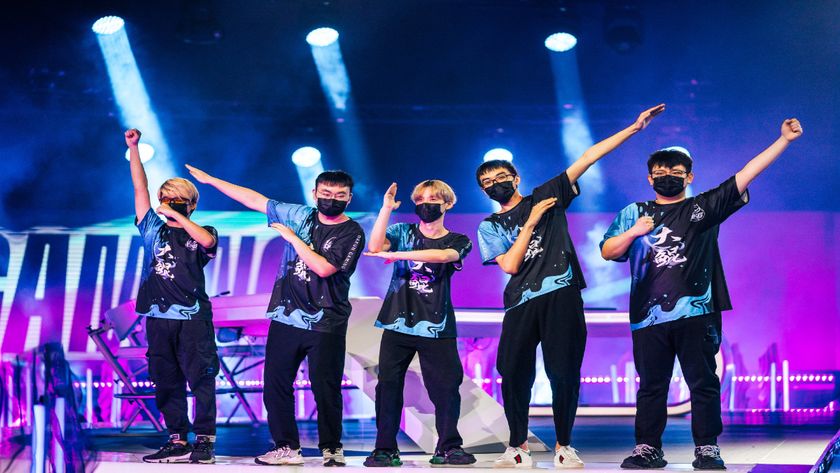 After a full week of intense Wild Rift action from the Horizon Cup, it was finally time to crown a champion as the grand finals were upon us.

Wild Rift’s first ever international Lan event, the Horizon Cup 2021, has reached its climax as the two remaining teams battled it out for the championship and the bragging rights of being the champions of the event. Da Kun Gaming and ThunderTalk Gaming, the two Chinese qualifiers to the event, were the final two squads in contention, both looking to take the glory for themselves after being unbeaten in a full series since the beginning of the event. But, only one would prevail, and in a best-of-seven series, we were expecting the most amazing plays from both sides – especially after taking down the toughest of challengers on their road to the grand finals.

Going right into the series, we already saw an interesting draft from the DKG, as they picked up a brand for the Dragon Lane and a support Garen – looking for a bit more burst against the TT lineup. While TT took some fantastic early game fights, DKG begun to show their strength as the game progressed. It took almost 22-minutens, but DKG destroyed TT, taking the early lead in the series. There was almost completely no contest in game two, as DKG just rolled over TT without problem. The Brand pick which we saw from them previously came out strong once again as Wind’s Pyroclasm tore through TT’s lineup at every turn, leaving them trying to pick up the pieces once more.

TT finally decided to make a change in their draft, banning out the Garen, yet oddly leaving the Zed open once again, which seemed to be their real issue beyond the Brand – which was also allowed through for DKG. Even with that, we finally got a glimpse of TT’s brilliance, as they pulled their opponents across the map, taking magnificent team fights and showing that they were not to be counted out just yet. It took two full games, but TT got back one game and looked dangerous once again. While they performed amazingly in game three, TT was on the back foot again in the next game, even after taking the Zed away from You, which seemed as though it was causing problems for them. While DKG did not seem to care at all in the early game, TT’s scaling and teamplay was what took them the distance, as they turned things around brilliantly just before the 20-minute mark and tied the series completely at 2-2.

Having completed a comeback of sorts, TT looked quite strong going into game five, but DKG were able to split the map almost perfectly, and while dropping kills, they took control across the board, with massive team fights and great objective focus. With the whole team playing fantastically, DKG pulled ahead into championship point. The never give up attitude of these two teams was a sight to behold, as TT went into the next game ready to take us to a game 7 decider. But TT seemed to overstep at the wrong moments, not realizing that DKG would punish them for their mistakes.

Those small errors proved to be the deciding factor, as DKG were always ready for the TT aggression, as they ran away with the lead and eventually, concluded the series. With that Da Kun Gaming are the first champions of the inaugural Wild Rift Horizon Cup, having taken a brilliant grand finals series 4-2. After a wonderful week of Wild Rift action, we are all looking forward to even more in the future, as Riot Games continues to impress with their work.

Are you looking forward to more Wild Rift action soon?

Definitely
Thank you for voting!
Not really
Thank you for voting!
Jarrad “Belandrial” Adams
Belandrial has spent most of his years following Dota 2 closely, but now has found a new home in the complex world of Mobile Esports. When not watching nearly every possible esports title available, you can find me running around Azeroth or building strange bases in Valheim.
Share Tweet
1 people reacted to this post

Riot teams up with influencers for a Guild vs Guild extravaganza