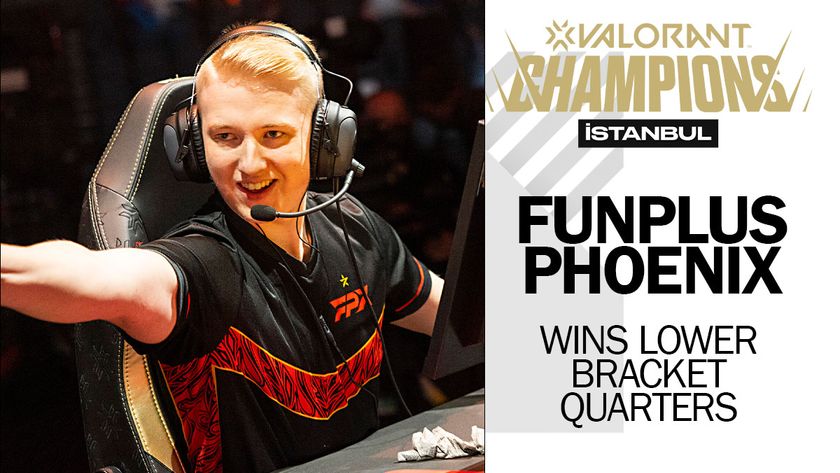 It was a close match for both sides of the divide – anyone could have made it.

The second lower quarterfinal saw a Europe versus North America rematch as XSET met with FunPlus Phoenix to determine who would head into the semifinals and fight DRX. To say the series was tense was an understatement, with both sides just one mistake away from losing the series and not moving to the next stage of the competition.

The series started with Pearl, the map where many are making big discoveries of their strats and plans – sometimes in disastrous fashion. XSET started with a couple of wins, and FPX managed to make even by the fourth round. This sets the tone of the whole map, where both sides will have a slight advantage before the other side catches up. In the end, however, XSET wins the first map with a score of 13-11, thanks to the wins in rounds 23 and 24.

Bind is where FPX is waking from the nap they have been going through in the first map. Yes, XSET took the lead for a while, but after round five it is all FPX all the way until the end of the first half. Even with XSET’s attempt to catch up again by round 20, it was not enough as FPX pressed on to win the next three rounds to end the match 13-10.

Ascent saw both teams play a ping-pong match. FPX led in the first half by two points, but in the second half, they had to work hard to ensure they kept the lead until round 24. In a surprising move, the stewards of the tournament made the decision to replay the last round as according to them – “a bug with Killjoy’s turret… directly led to …XSET losing the round and match due to false information”. XSET managed to use this chance to turn the tables around as they won the final round instead of the previous score, thus the need to play overtime.

In overtime, the two teams again traded blows as they tried to score the winning point. FPX pushed harder, allowing them to overcome XSET in round 30 to win the series. The game ended with a score of 16-14.

With this win, FPX moves to the next stage to meet DRX in deciding who will be the one to head into the lower bracket finals and a chance at the Grand Finals. XSET will have to make do with the fact that they lasted this long in Champions Istanbul, and take leave with their heads up high.

Did you think the call for a replay on Round 24 was needed?

Yes, the bug is real!
Thank you for voting!
No, it was just a stall tactic
Thank you for voting!
Sharil “memeranglaut” Abdul Rahman
He dabbles in Esports, checking out what's new and hip with the industry. Outside of Esports and gaming, he likes Japan. Ijou. Check him out at @SharilGosu
Share Tweet
1 people reacted to this post