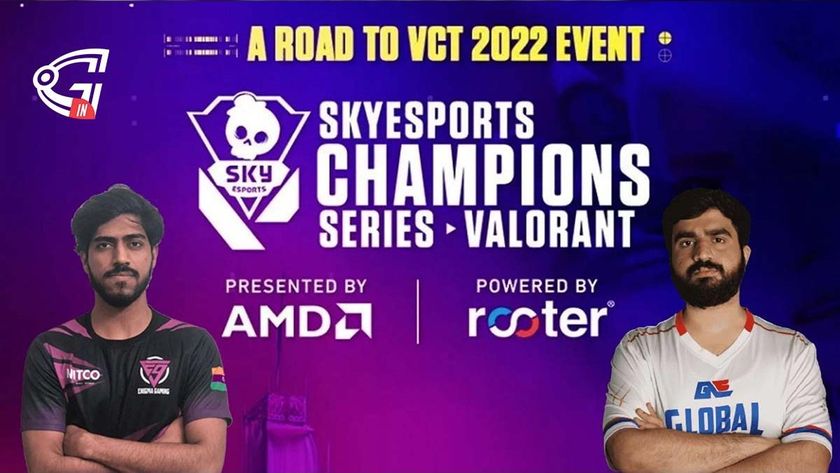 The AMD Skyesports Championship Series Valorant tournament was hosted in a best-out-of-five format. In the grand finals, both the teams, Enigma Gaming and Global Esports, played on the maps – Ascent, Split, Heaven, Fracture, and Bind respectively.

In the split match, Global Esports showed their dominance and won the match with a score of 6-13. Making the overall score 1-1

In the first half of heaven, both teams had an equal score of 6-6. In the 2nd half, Enigma Gaming took the charge, leading the score line to 13-11 and winning the match.

In the fourth match, Global Esports again made a comeback and equaled the overall scoreboard by winning the match by an 8-13 score line.

Bind was the deciding match as both the teams played the first half and ended in a score line of 7-5 in Global Esports' favor. In the second half, Global Esports won the game and the tournament with a score of 13-9.