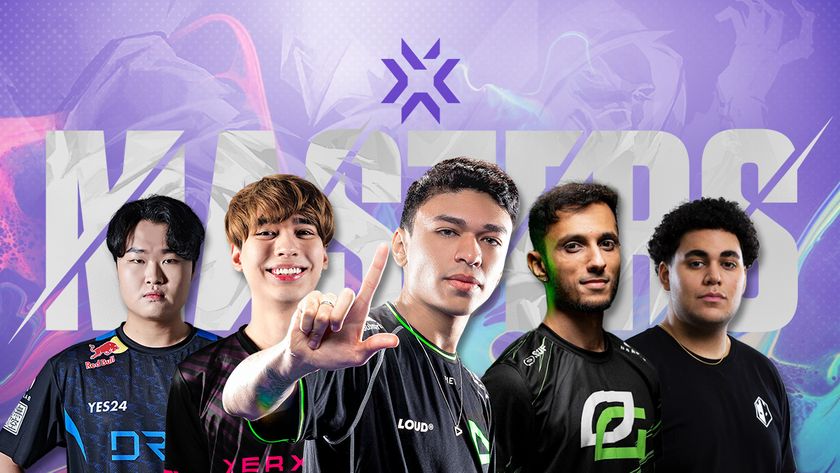 The teams heading to Iceland this time around are a nice mix of new and seasoned teams to see who will heft the first trophy of 2022.

Masters Reykjavik, scheduled to start on 10 April, will see 12 teams battle it out for the first Masters trophy as they collect points to qualify for the Champions, which are slated to be held later in the year. This is the second year the VCT has been held, with this Masters Reykjavik being the fourth Masters event for the VCT as a whole.

This time around, we are seeing a mix of previous qualifiers and first-time teams heading to Iceland to play in the tournament. Several teams are brand new to the Masters tournament, representing four of the seven regions in the VALORANT circuit.

The Guard is a relatively new team in Valorant, set up in November 2021. The team was a complete unknown as they set their target for the Masters; their last team member was confirmed in January this year, and the team started boot camping shortly after.

Even so, the team played an impressive tournament in the Challengers 1 qualifier – only dropping one match in the group stage, managing several clean sweeps in the first open qualifier stage, and in the end overcoming a beatdown by OpTic Gaming to win in the Playoffs to secure their spot at Reykjavik.

Their lineup consists of:

All of whom coalesced together quickly and harmoniously to be one of the best teams in North America today. They even beat last year’s best NA team, Sentinels, in the playoffs. It’s no wonder they are one of the top seeds in this edition of Masters Reykjavik.

The other NA team that qualified for Masters Reykjavik also happens to be a debutant. OpTic Gaming is even younger than The Guard, when they acquired the former roster of Team Envy under the brand merger between Envy and OpTic. Before that, the roster has been together between 1-2 years under the old banner, and they have now switched names to the new branding heading into VCT 2022.

While this team is a new name in the VCT circuit, the roster is not. The roster won runner up in Masters Berlin back in 2021, going against Gambit Esports so the team does know their way around the maps and agents offered by VALORANT.

Their roster consists of:

While their journey through the qualifiers hasn’t been smooth sailing, they did come out of matches smelling like roses, winning most of their matches in the group stage, and all of their matches in playoffs up to the Grand Final, where they lost against The Guard.

One of the three teams coming from the South America Region, LOUD is heading to Iceland thanks to their ticket in the Brazil Challengers 1 qualifier. Like many of the teams here, LOUD is a relatively new team, with their brand well known for their Free Fire team in Brazil.

However, their newness doesn’t stop them from performing pretty well in the Brazil Challengers, where they had a clean sweep throughout the board since the start of the Group Stages, Culminating in their win against Ninjas in Pyjamas in the Grand Finals. The team did not drop a single map to their opponent.

The team roster consists of:

Korea’s representative is also not an unknown entity in the VALORANT world – at least for the roster members. DRX acquired the former Vision Strikers roster earlier this year, and since then has continued their top game in the Korean VALORANT world.

With their previous team, the roster went to Masters Berlin and Champions, and was knocked out in the quarterfinals in the former and at the group stages in the latter. The team is set to see where they can take themselves again this year, with the eventual target of Champions like everyone else.

The wildcard of the competition, Ninjas in Pyjamas qualified after winning the LATAM versus Brazil playoffs, where they went against Leviathan who came runners-up behind KRU Esports. The Ninjas in Pyjamas brand is well known throughout the esports world in multiple esports titles, and their VALORANT team is quite high in standing even when they were based in Europe. In November last year, however, they let go of their EU team and started a new VALORANT team in LATAM – in Brazil specifically under their “Ninjas in Brazil” initiative. It looks like their initiative is bearing fruit.

As a team, NiP is pretty young, with their roster only set up in January this year. Even so, their journey in the Brazil Challengers 1 was pretty good – they were at the top of the standings in the Group Stage and held out until the end to meet with LOUD in the Grand Final where they did fall 3-0. However, they went to the LATAM vs Brazil playoffs to grab the last spot and emerged victorious against Leviathan.

What do you think of these new-to-Masters teams?

They look good
Thank you for voting!
Hoping for the best for them
Thank you for voting!
Sharil “memeranglaut” Abdul Rahman
He dabbles in Esports, checking out what's new and hip with the industry. Outside of Esports and gaming, he likes Japan. Ijou. Check him out at @SharilGosu
Share Tweet
3 people reacted to this post