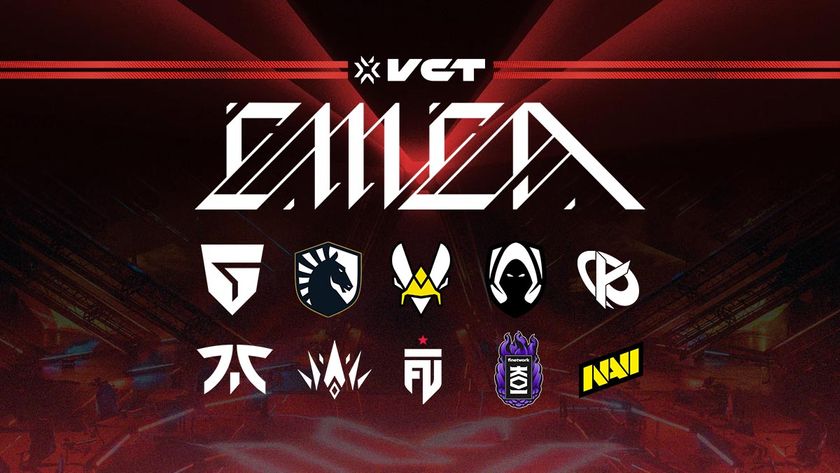 Ten teams will be duking it out in the 2023 VALORANT Champions Tour European League.

EMEA is one of the three new regions created for VCT 2023. Under the league, ten teams were selected as the partner teams to see who will be at the top of the league. The teams will be playing against each other for the first time in Sao Paolo next year and will face a new league format right after.

The ten teams represent the best from Europe, the Middle East and Africa, with teams comprising players taken from all over the three regions.

The roster for BLL Esports consists of:

The all-Turkish team will be playing in the spotlight for the first time after being chosen as one of the EMEA partner teams. Their best placing before was placing 7th – 8th in the VCT 2022 EMEA LCQ, where they lost against Guild Esports. Otherwise, 2023 will be the team’s first major involvement on the international stage.

The new name in the roster is Chronicle, which joins them in November. The rest of the line-up was part of the team that travelled to the two Majors and Champions in 2022, placing 5th-6th in Istanbul. 2022 has also been a decent year for Fnatic, with big wins in the major events played this year. The new roster is hoped to replicate, and even better their placement for 2023.

The lineup for FUT Esports is:

One of the bigger teams in Turkiye now will be competing with the big boys on the international stage. Winner of the VRL 2022 Turkey: Brilik Stage 2, they also took home the trophy at the VRL 2022 Finals, where they won against Team Vitality – so they are no small fry. The team will be looking forward to proving themselves at the EMEA League.

The Giants bring forth a roster consisting of:

The Spanish team did not see any major placement in 2022, with their best-placing 3rd-4th at the G-Loot VALORANT Clash grand finals, where they lost to Parla Esports. Otherwise, 2022 was an uneventful year for the organisation. It is expected that 2023 will be a bit more eventful for the team, as a partner team.

The biggest name in the organization’s lineup for next year is ScreaM, who transferred in from Team Liquid. He came into the organization along with his brother Nivera. Both were part of the team that made Team Liquid one of the top contenders in Europe in the last couple of seasons Karmine Corp, a relatively new team, will stand a good chance to shine with these two players part of the roster for 2022.

The roster for NAVI is:

The new NAVI roster for 2023 is made up of one of the best teams from last year – FunPlus Phoenix. Names like ANGE1 and Shao are no strangers in the VALORANT circuit, and now they are playing for NAVI. Joining the two are Zyppan and SUYGETSU. The latter is one of the best players in VALORANT now. Completing the team is cNed, who hailed from Acend. NAVI is set to make waves with this loaded roster in 2023.

Next year's roster for the team looks something like this:

Team Heretics picked up three G2 Esports players to build up their roster this year, with keloqz, mixwell and AvovA signing on. Finishing the roster, we have zeek and Boo. The latter was from OG LDN UTD, while the former was from Acend where he was inactive throughout the second half of 2022.

The team picked up two players from M3 Champions – Redgar and nAts while Sayf hails from Guild Esports. RedGar was the driver of M3 Champions in the 2022 season. They were the team that brought the team to Champions 2021 where they finished runner-up. The rest of the team meanwhile was the team that travelled to Istanbul this year but finished in 7th-8th place. With this roster, Team Liquid’s prospect in 2023 looks to be good.

Only ceNder remains from the 2021 roster, with the other members joining within the last six months. MOLSI and Destrian were from OG LDN UTD, while Twisten was from BIG. The team’s result in 2022 was mediocre, to say the least, with not a single major appearance on any Master or the Champions stage. It is hoped that with the new roster, 2023 will be fairing better for the team as VCT 2023 promises a different challenge for the French team.

One of the younger teams in the lineup here also features one of the youngest rosters – with the members joining in only within a couple of weeks of this publication. The organization completely reset their roster for 2023 and bought in a few big names to shore up the team. Koldamenta and trexx hailed from Guild Esports, while Sheydos joined the team via M3 Champions. Wolfen is a pickup from Case Esports, one of the lower-tier teams in the EMEA region. You will notice there are only four permanent players. They have yet to confirm their final player – in the meantime, their substitute, Thor, will be playing instead.

Any of your favourite players are in the list?

Get your VALORANT 2022 Flashback today