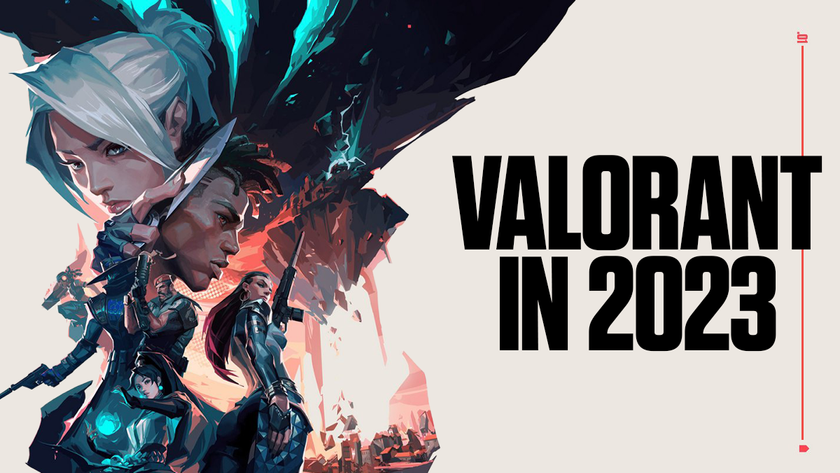 Opinion: What can we expect from VALORANT in 2023?

All images, unless stated, are from Riot Games

Will a new partners program, a new format for VCT, and new leagues galore make VALORANT more competitive in 2023?

With Champions Istanbul behind us, the mainline teams for VALORANT are now starting to plan for next year as the new season creeps up on us in just a few short months.

The recent announcement of partner teams is just the first step of many for VCT 2023, and the question is – are the new changes enough to make VALORANT competitive in the esports scene? 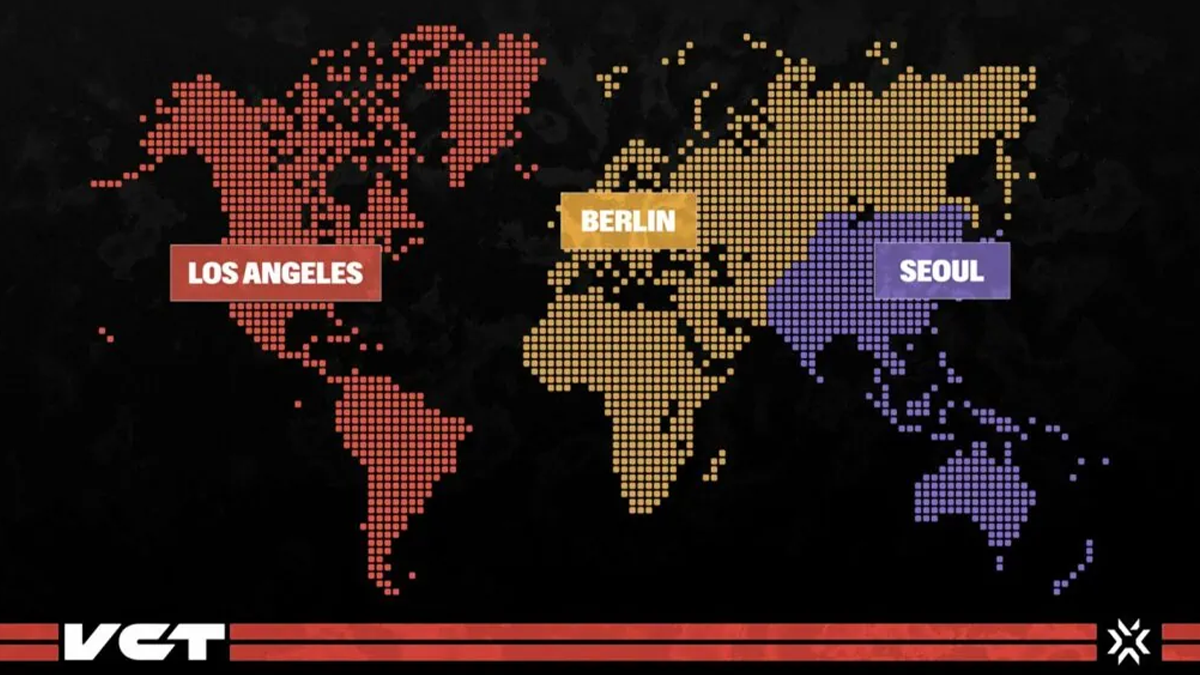 The biggest change to VALORANT right now is the consolidation of regions into three main regions.

Now, we have the Americas, Pacific, and EMEA, instead of the seven regions. The new consolidation brings new rules and mindset changes to the table.

With the new regions, Riot has designated three cities as regional hubs – Los Angeles for America, Berlin for EMEA, and Seoul for the Pacific. While the possibility of it happening may be slight – some teams may find it advantageous to move their HQ to the cities, even if it is just for administrative purposes. On the other hand, the hub cities were chosen because of their central location in each region and most teams can fly into the cities within half a day.

We will have to wait and see if any teams, especially the smaller teams, will make a move to the cities. 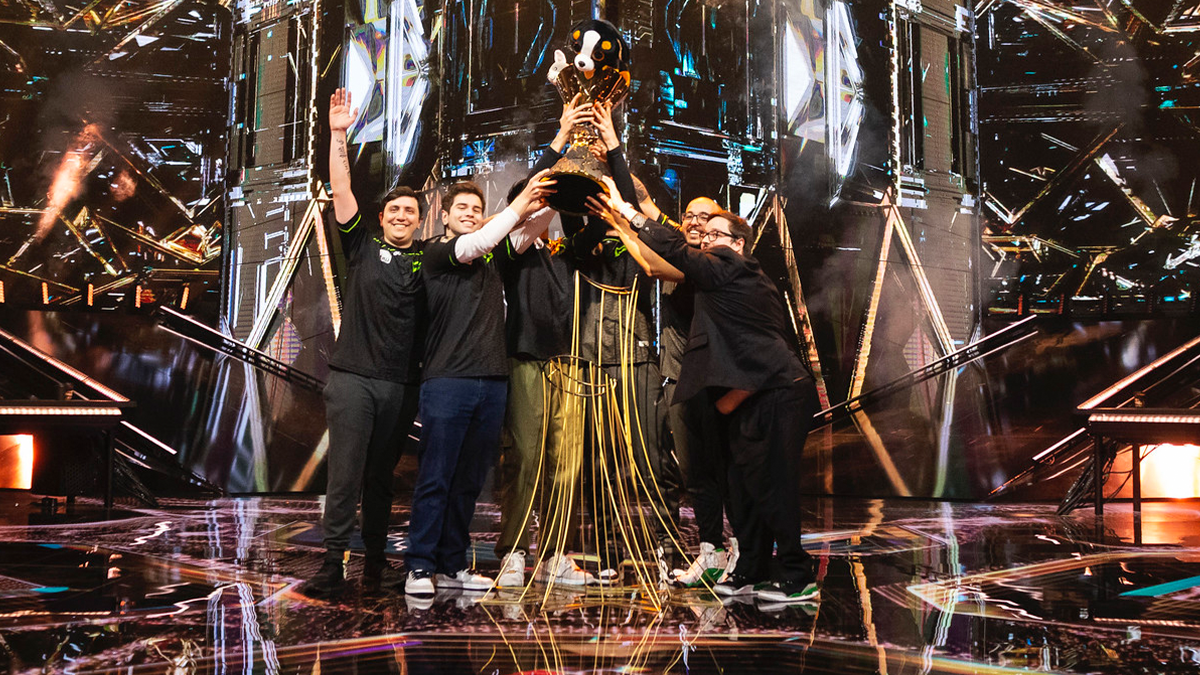 The other big move that Riot did was to introduce the concept of partner teams for VALORANT.

In the form of Franchising, the partner teams will be the chosen few to be featured in the big events such as Masters and Champions. Each partner team will be in their spot for the next two years before they are cycled out. This two-year cycle will be where teams play the long game – they will have two years to plan their rosters and administrative stuff so that they can be in peak condition the next time Riot does the partner team selection.

The two-year stint for partners also means that the teams will be under the microscope more often – not much leeway will be given to the teams for any out-of-line speech.

There are 30 partner teams announced this year – Riot will also be adding 1 team slot in each league per year until 2027 when the number will be increased to a max of 42 teams in total. For next year, the first extra slot will be added via a kick-off tournament planned in Sao Paulo in February, where the tournament winner will see one slot added to their region for 2023. A side impact of these new rulings could be that we may see a shift of loyalty by fans – going from country-based to region-team-based. You can check out the 30 teams that are partnered for 2023 HERE. 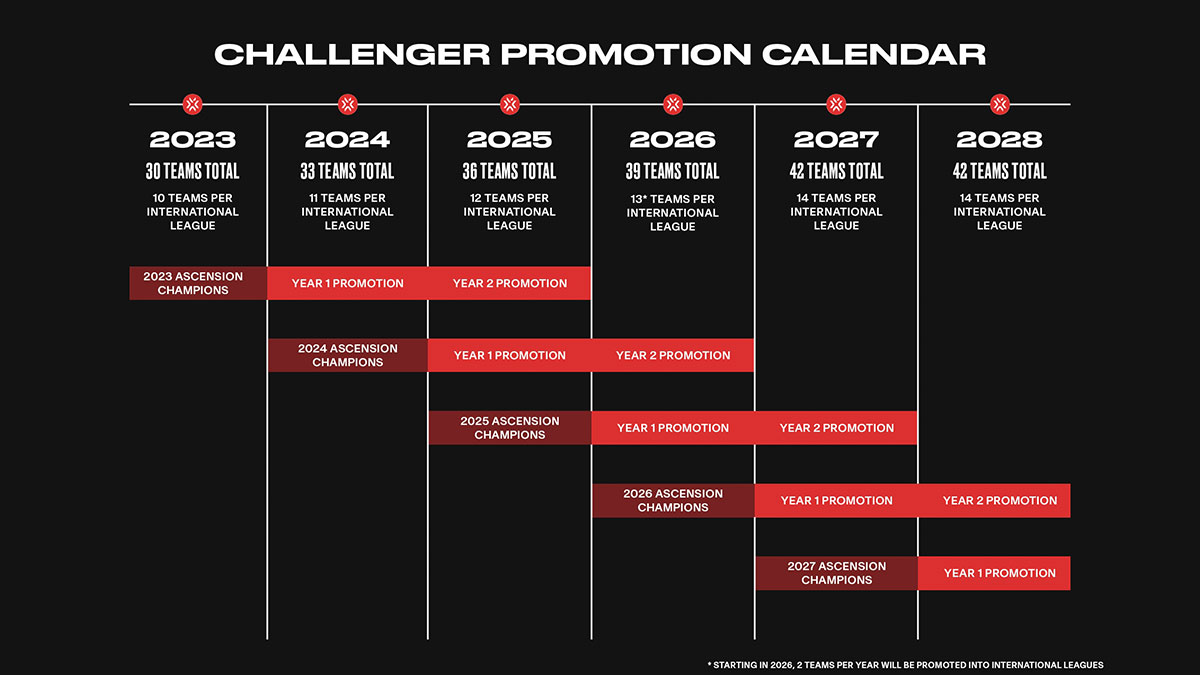 Apart from the two changes we see above, Riot is also revamping the VCT schedule for 2023.

For one, the previously mentioned one-off tournament in Sao Paulo will start the ball rolling for the new VCT format.

After the tournament, the split into the three big leagues will start in March – where the partnered teams will be playing in. Instead of multiple Masters in a year, there will be only one Masters event for the year, set to happen in June.

An LCQ will be held for teams to gain the last chance of entry into Champions, which will be played sometime in August. 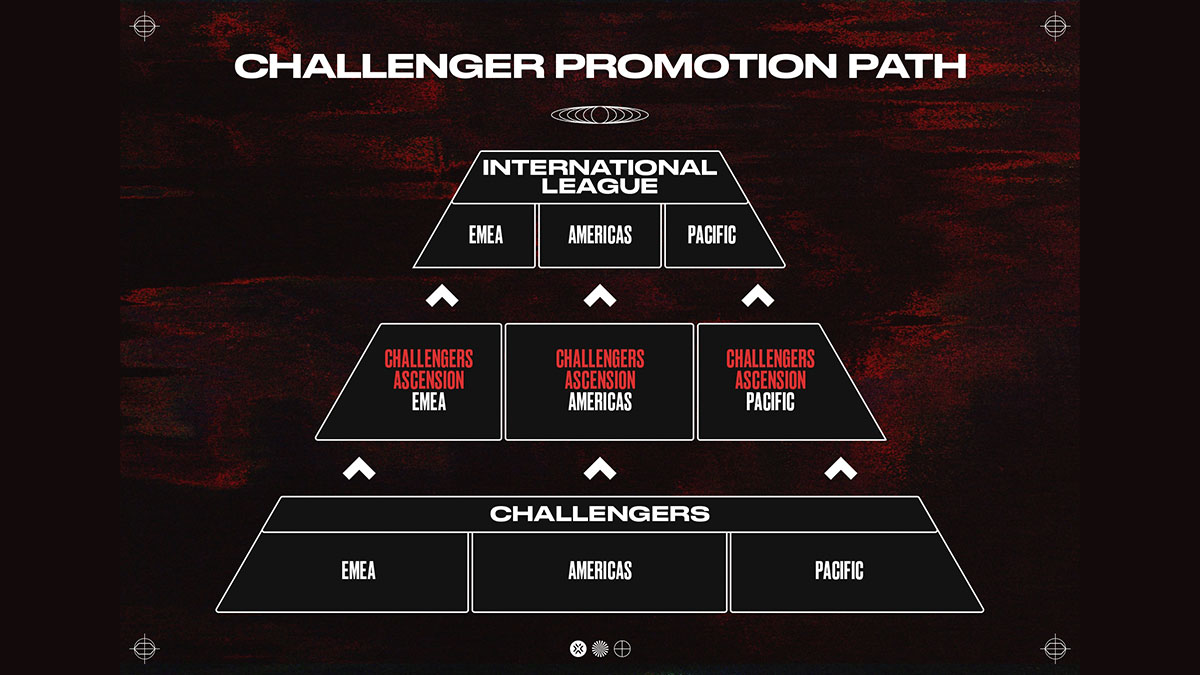 What changed is more in the Leagues, where a parallel Challengers Circuit will be run alongside the mainline VCT to give smaller teams the chance to participate in the VCT 2024 season.

There will be a total of 21 Challengers leagues worldwide – four in the Americas, seven in the EMEA, and ten in the Pacific.

The leagues will culminate in three Challengers Ascension tournaments – one in each league – where the winner will join the other teams already playing in the league for the next two years.

The newly promoted teams will receive similar league benefits, and an equal chance to qualify for Masters and Champions.

The Ascension tournament will be played around the same time as the LCQ for the International league – sometime in July.

Is this a good move for VALORANT? 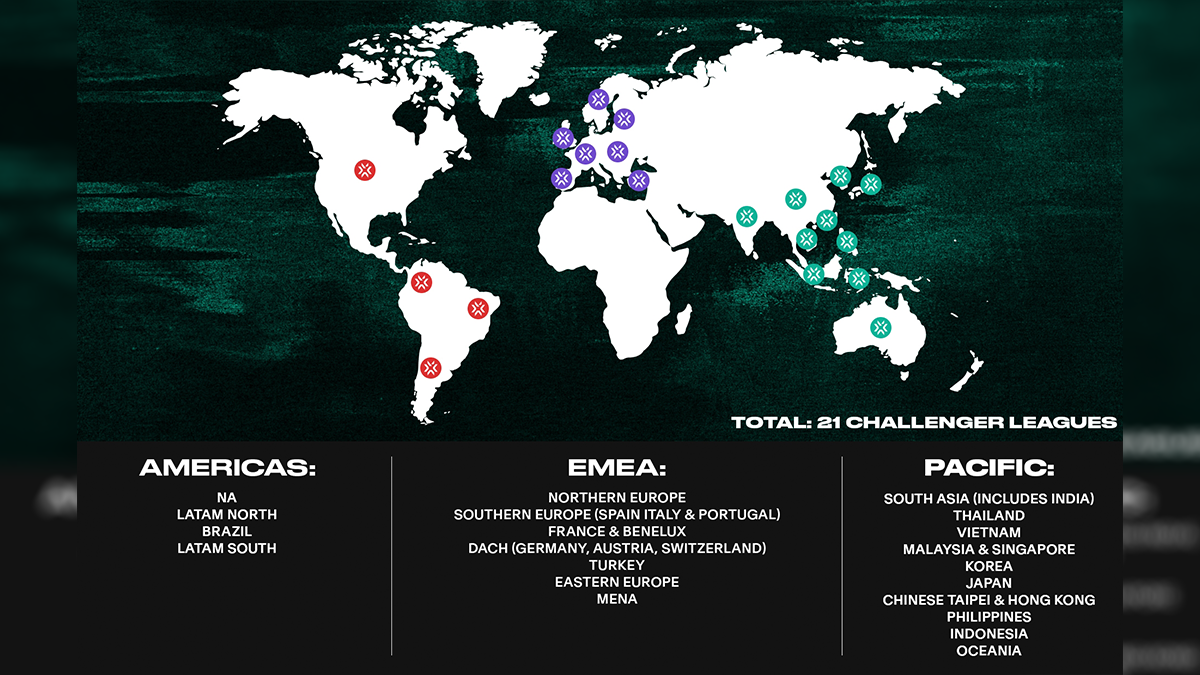 With the new system, there is a major overhaul on how teams are selected to compete in the main international competitions (Masters, Champions). The expanded region size means that teams will have a bigger pool of teams that they can play against in the league – no longer just restricted by their local regions. We will have situations where teams will face challengers that they may only previously met in the bigger events, as well as a potential reduction of single-country teams entering the circuit from now on.

Additionally, Riot is keen to see new teams developed from within the game itself as they will be introducing a new in-game competitive mode to create a path to pro. The new mode will give every player a chance to feel what it's like to compete like a professional, and top-ranked teams will be given the chance to qualify for their respective domestic leagues and take steps on their path to pro. It will not be surprising that a casual matched game can turn into the establishment of a new team in the future for the International League.

Lastly, the allure of being a partnered team will spur the teams already in play to be at the top of their game, so they can be included in each region’s list of top teams – which will cap at 14 teams by 2027. The inclusion into this elite list will be a piece of tangible evidence that their hard work in VALORANT paid off, and will be in turn an incentive for the VALORANT scene to show that anyone can make it to the big leagues

Do you agree with the article?

Yes, definitely
Thank you for voting!
Not a single word
Thank you for voting!
Sharil “memeranglaut” Abdul Rahman
He dabbles in Esports, checking out what's new and hip with the industry. Outside of Esports and gaming, he likes Japan. Ijou. Check him out at @SharilGosu
Share Tweet
4 people reacted to this post